I assume that this is where discussion/images about cameras with 1" sensors might go.

I purchased the Canon G5X Mark II about a year ago as an adjunct to my full-frame Sony A7II. The idea was that it would be taken along when I wasn't deliberately going out to photograph, and wanted something even lighter than the A7II and just a 50mm.

I wanted a small camera with reasonable resolution and operating controls, RAW files, and it had to have an EVF. In my price range at the time, that led me to consider the Panasonic LX100 II, one of the Sony RX100 family (Va, I think) or the G5X II. It was Covid times and, living in rural Nova Scotia, I wasn't able to handle these possible choices in person.

By looks/posted reviews, the best handler was undoubtedly the LX100 II. However, I've handled the Panasonic GX85 in the past (same viewfinder, I understand) and really didn't like the EVF. Plus, the G5X has slightly more reach with 24-120mm than either the LX100 II or RX100 V. So I took a chance and ordered one.

First, the G5X II is capable of producing very good images (satisfying to me, anyway). I'm making good use of the full zoom range. The viewfinder is tiny, but brighter and better overall (IMO) than the GX85/LX100 EVF. But it's a pain to both pop it up and extend it. And, overall, I find the camera a bit small and fiddly for my hands. I haven't used it as much as I thought I might, and perhaps that's part of the problem. Shooting with it isn't "natural" for me just yet. 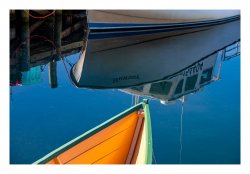 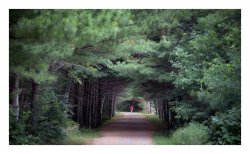 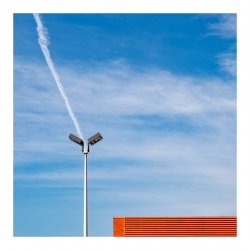 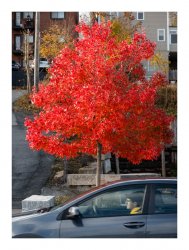 From a more recent walkabout. 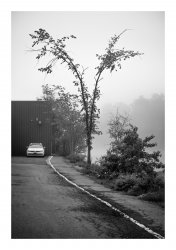 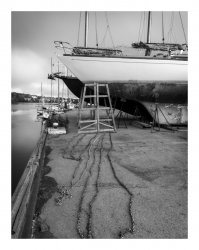 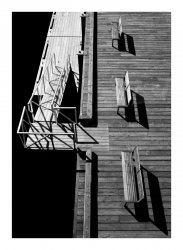 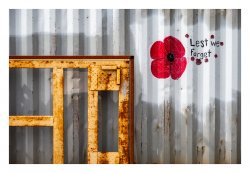 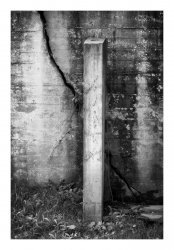