Fun on The Border

There is an international border between the United Kingdom and the Republic of Ireland. Both countries are at present in the European Union. It is between Northern Ireland (the north), part of the UK, and the Republic of Ireland (the south). The UK will be leaving the EU at the end of March next year; the Irish Border will be the UK's only land frontier; it has become a major (problem) problem. I thought I'd go to have a look at it.

You can sometimes tell where the border is from the change in the road surface, or different road markings. If the sides are yellow, it's the south.

If you still aren't sure, there are helpful signs; the south uses kph, the north mph.

Otherwise, it's probably in the middle of the river (here the Blackwater). Probably.

Firstly, my apologies for the missing photos above; LR and Flickr were having a disagreement. It's too late to update now, sorry.

And progress has been slow, partly health related, and partly the weather. We went out a few days ago; it looked promising, but became very misty. It ended up more as a recce than an artistic photography outing.

This is a minor road near Omeath in Co Louth, in the Irish Republic. The Border, the international land frontier between the United Kingdom and the European Union is more clearly marked than in most places; it's where the white line, in the south, ends. Look carefully and you can see a change in the texture of the tarmac: 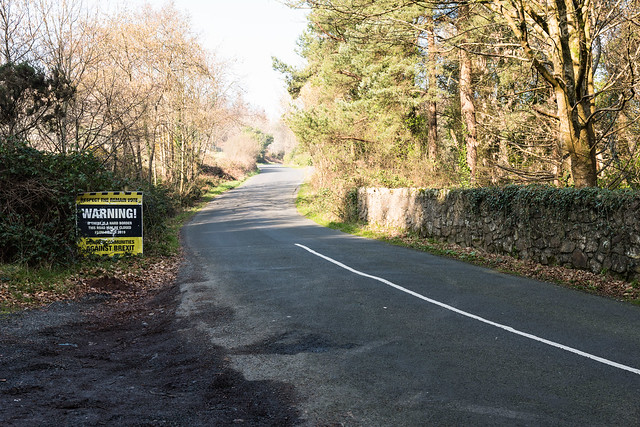 In case you didn't get the message: 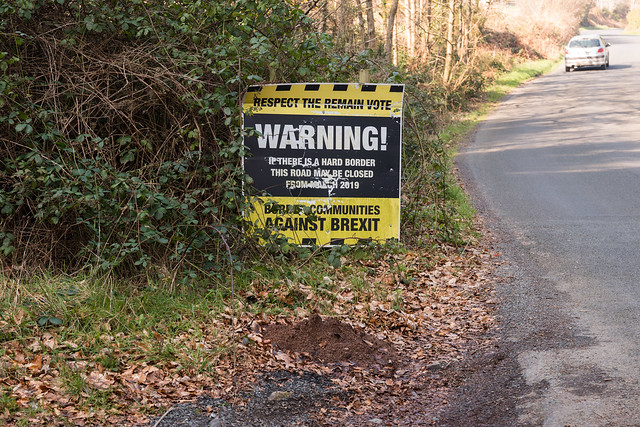 There's a similar message not far away: 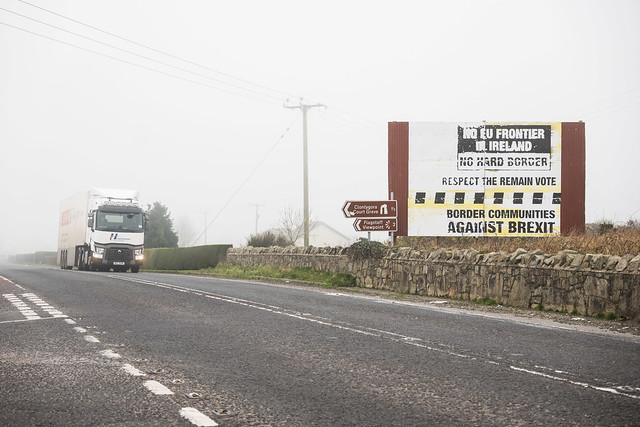 For politicians looking for an escape route, here's a handy one, right beside the border: 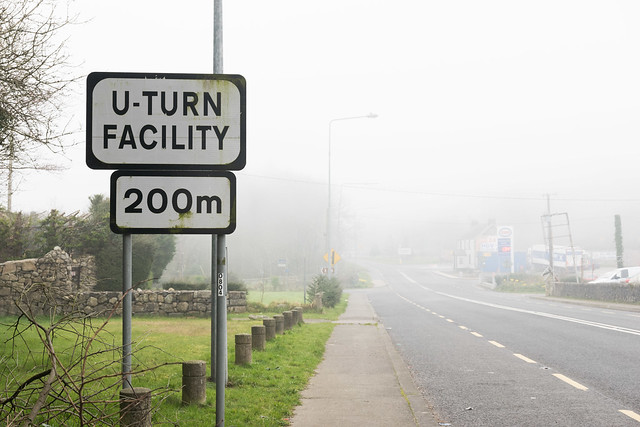