biglouis said:
XT4, XF100-400, A grey heron dives from its perch on the refurbished iconic Coal Office chimney in the former Kings Cross Station, London, goods yard with the new build offices of Pancras Square in the background. The bird is aiming for the Camley Street Natural Park which is on the opposite side of the Regents Canal. It must be an amazing sight for workers in the offices to look out of their window and see such a large bird flapping around the area.
View attachment 189181
Click to expand...

Thanks friends...
At another time in China.... 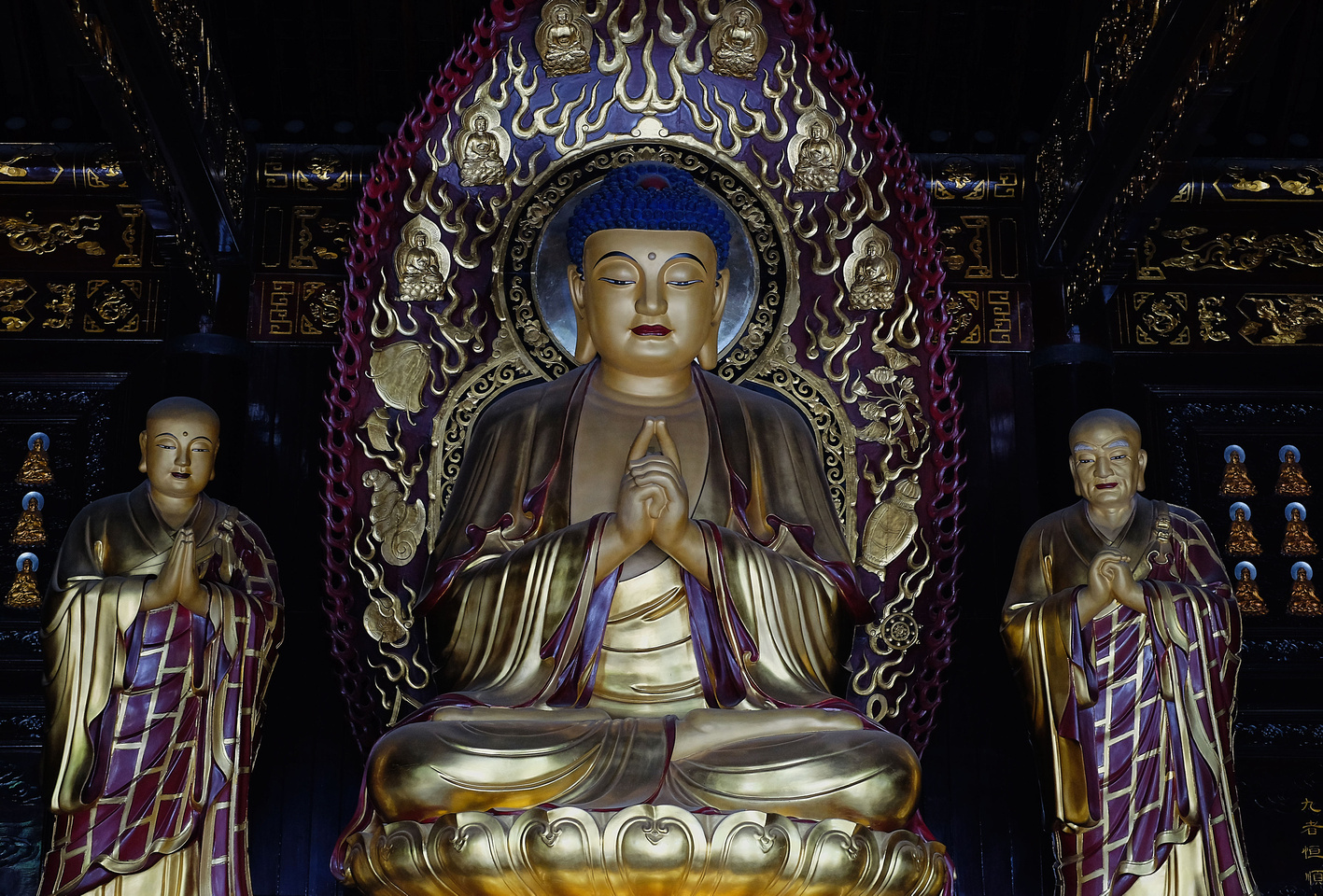 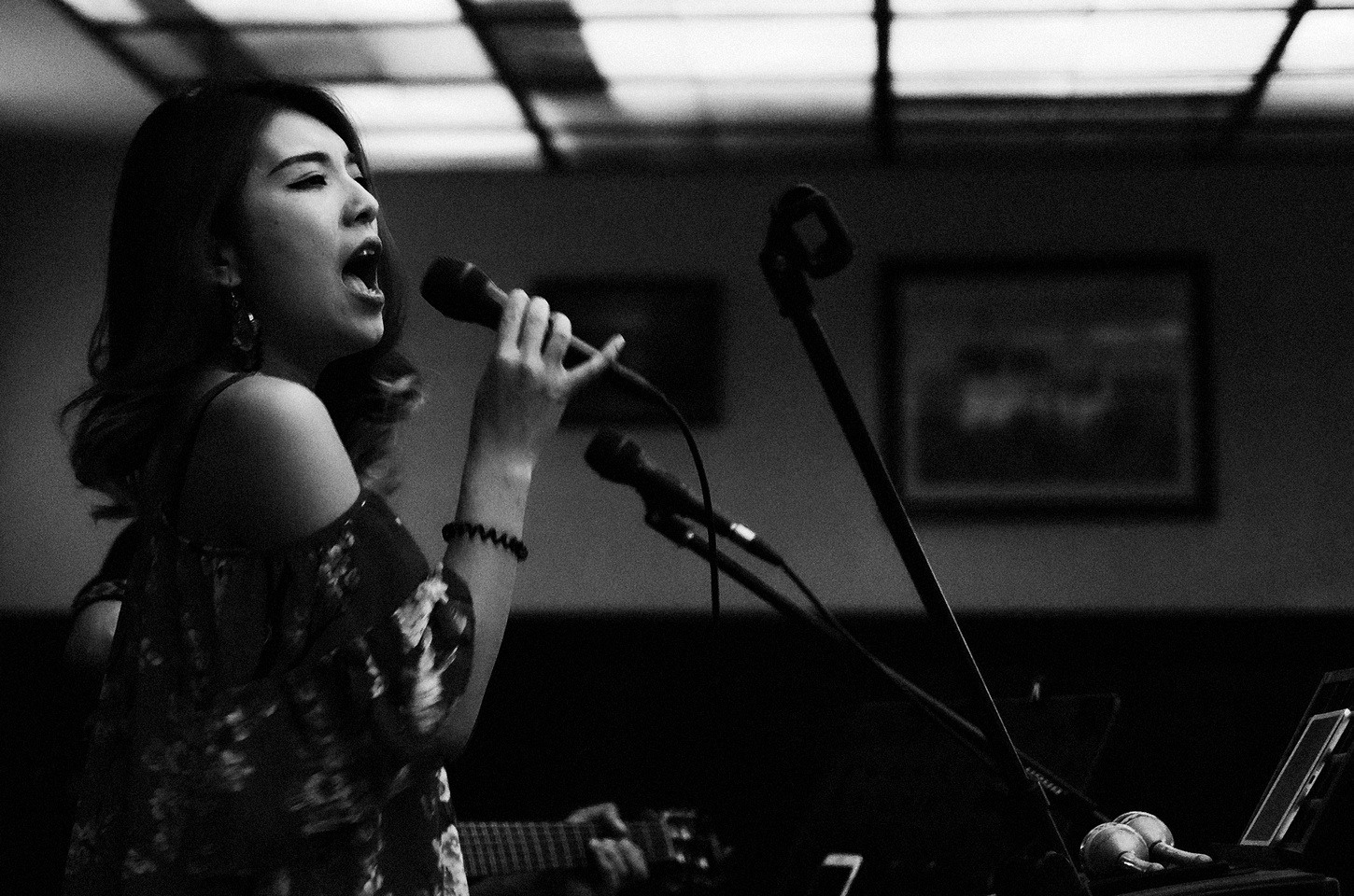 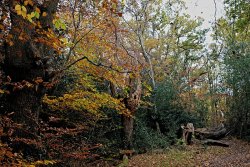 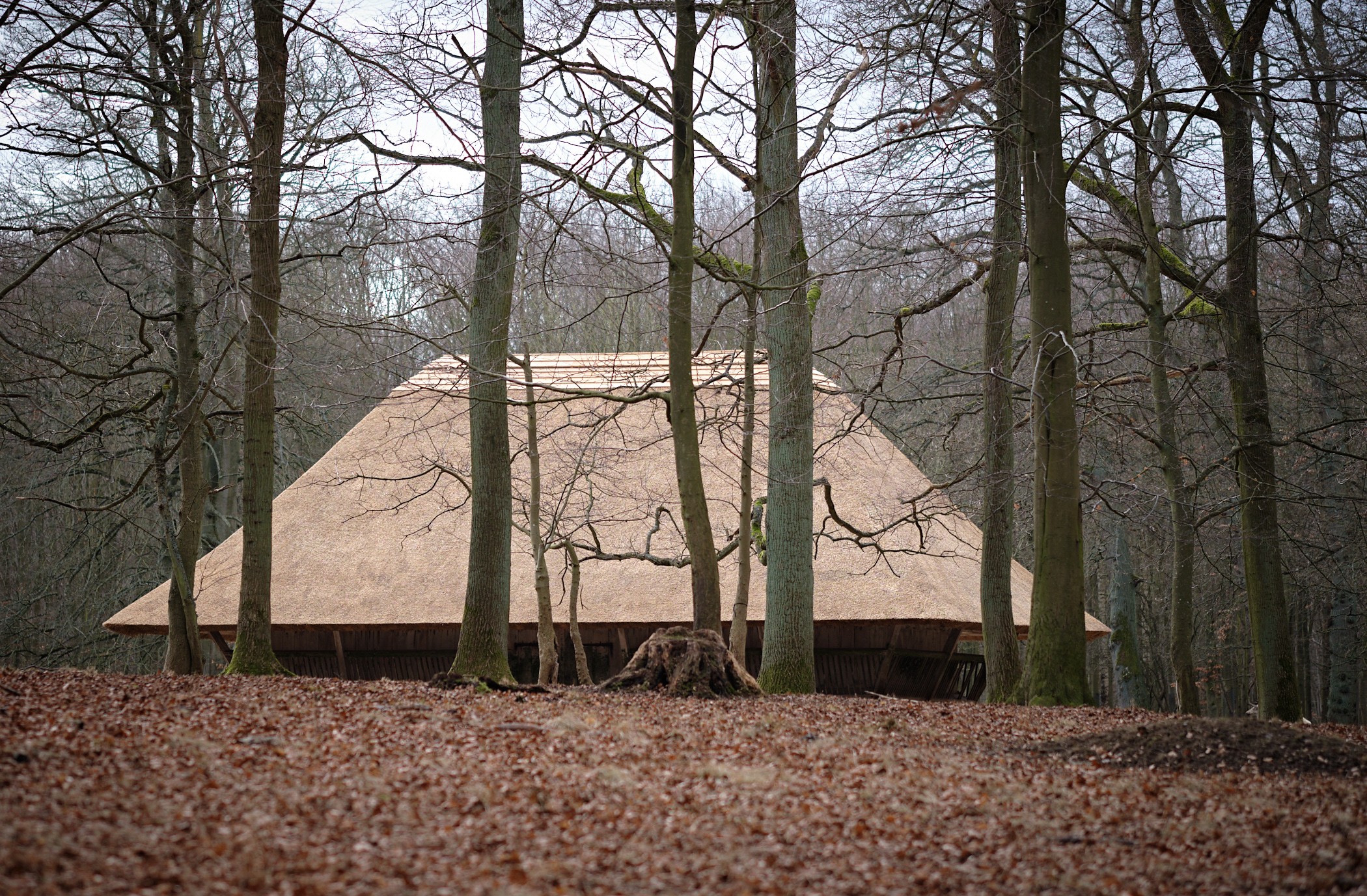 Thank you, Will !
(my relationship between Nikon and Fuji can perhaps best be described so here: on a scale from boredom to exiting/entertainment, and from 0-10, where 10 is absolutely exiting, I would place the Fuji's at 8 and Nikon at 7, no perhaps 9 and 8. But I guess no camera will ever reach 10.
But in the judgement of how pleasing the camera is towards my vulnerable braincells, where 10 is absolut liquid and where the brain cells float around like in cream and/or are outmost relaxed as being upon a softly upholstered sofa bed, I will give Nikon 9-10 and Fuji 7-8, perhaps Fuji ought to be 8-9.
And this I can't really explain very logically, but even if Nikon is a bit less charming compared to Fuji, it still makes me/my barincells more relaxed, while I have this feeling, that no matter what I do, when I hit the button on the Nikon there will be something useful, no matter what. It's not a rational feeling it's just very subjective - and in that world, Fuji don't deliver the same very high level of trust - in my brain.
At my work, while I had to take pictures, and at the same time listen to people carefully, both social talking and perhaps technically relevant talk direct in my ears, so there would only be too few seconds to concentrate on the pictures, while being aware of everything else at the same time, the Nikon D3 mostly/almost only just with the 14-24 on, and on program and matrix-metering just always brought results with me home, no time for checking at the location, the results were just there.
So several years ago, before Nikons mirrorless, I decided, when Nikon came out with one of these, I would have to go for it, and for the rest of my life.
But still, I don't leave Fuji, it's still entertaining, small and very charming... )
Last edited: Nov 25, 2021 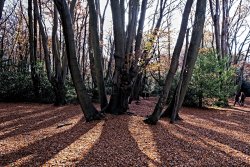 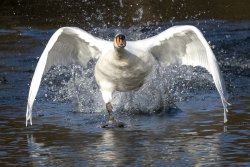 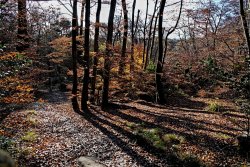 A year with the X-E3 ........largely very pleased! It's a nice small discrete camera with the 18-55 and takes up no room while being light to carry. I don't know if image quality is 'good for class' but it pleases me which is the important thing.....

I'm still using (and quite likeing) RawTherapee, but, does the above image look overcooked or over sharpened to you?.......I know basically nothing about digital editing! 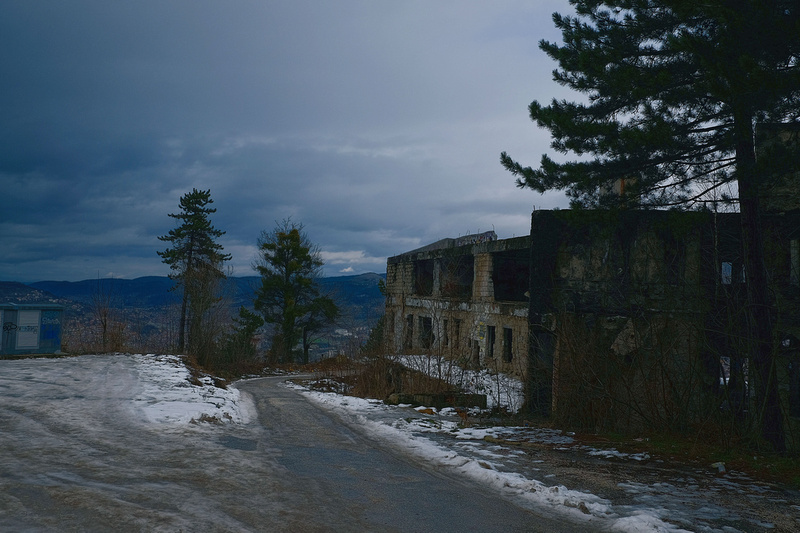 Hi Rayyan,
are you here in yugoslavia after the terrible war?
Best Thorkil 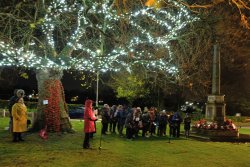 Village life....'light up a life' ceremony to switch on Christmas lights and remember those who have passed during the year. 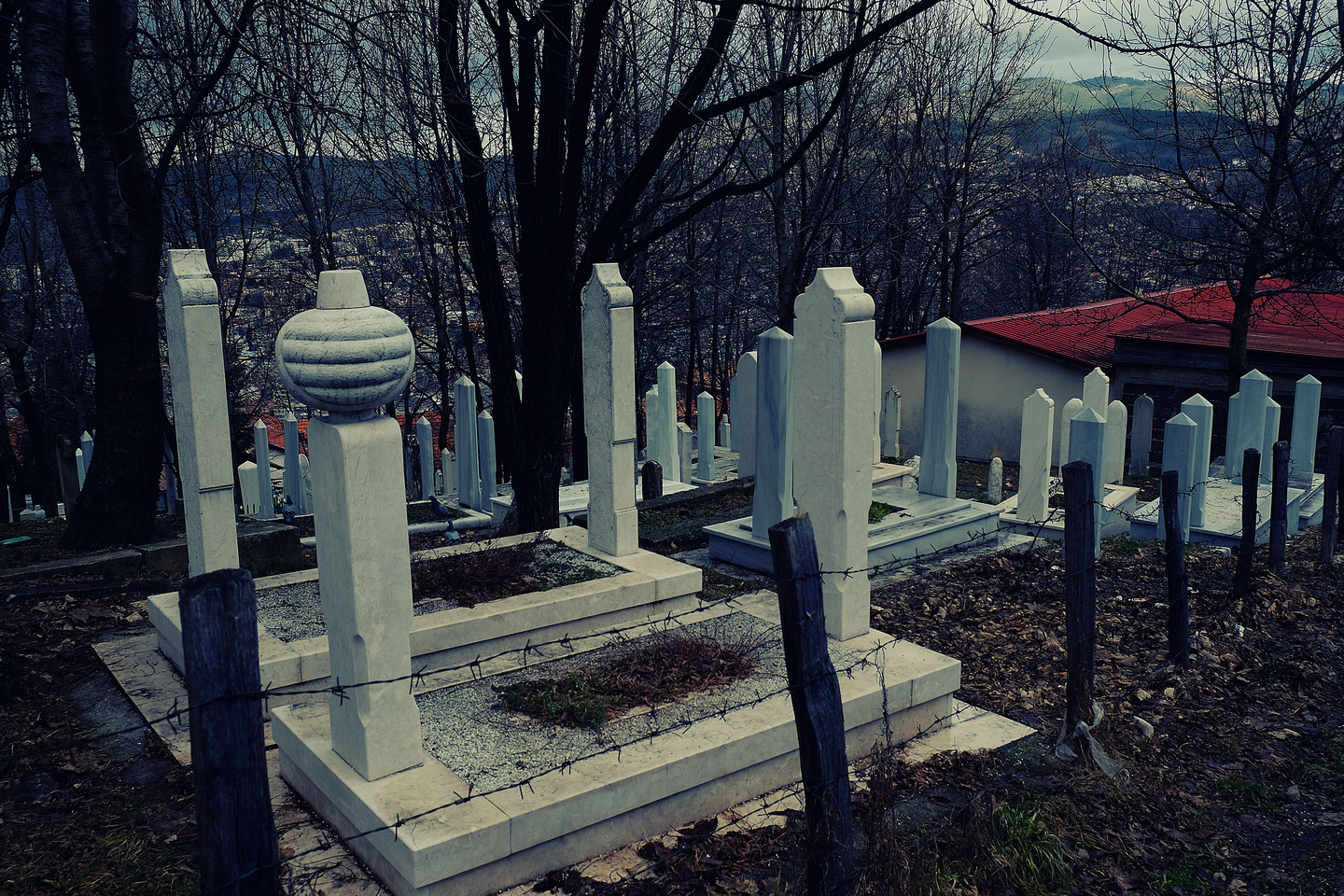 Thorkil said:
Hi Rayyan,
are you here in yugoslavia after the terrible war?
Best Thorkil
Click to expand...

Thought provoking... peace to you all.

I probably post too many fox photos in this thread but the XF200f2 continues to delight me. I am lucky to have cooperative subjects in the local urban foxes. It is a hefty piece of glass but I shot this at 1/250, f4 (I had the TC1.4x attached with makes the lens a 280mm/2.8, or 420mm equivalent). The iso floated up to 640 which on the Fuji is nothing. I did have the OIS turned on but I was using the X-T3 for once and not my X-T4, so no IBIS. I just love the way the lens renders. The narrowing eyes give the fox more furtive or serious look. To the right side vegetation created a soft area which I think gives the photo atmosphere. I've started posting the photographs at an Insta account called #camdentownfoxes if anyone is interested in seeing more photographs. 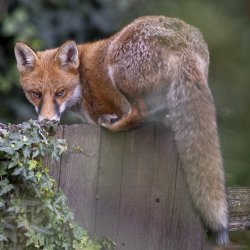 It's about quality.....you can go on posting if they are like this, Louis!
T

Hi Rayyan
Thank you! We are doing almost okay here, thanks. Hope you both are in good condition!
I might have told the story before. As a 18 year old youngster, in 1970, I bought an old VW van for 180 dollar, isolated it, made a bed behind (slept all the time there in the streets allover, took off at 1. November down East Germany, Czechoslovakia, Hungary, then into Yugoslavia, Serbia, Kosovo, Macedonia, Montenegro where I stayed a week by a family in Ohrid by the border towards Albania, then Bosnia Mostar when the old famous middleage-bridge still were standing, Sarajevo where I got stucked in a snowstorm at the Igman Montain (from where the Serb's were bombing Sarajevo to ruins) I succeeded to get back to Sarajevo where I bought snow chains, home by the snow free coast and returning over Amsterdam and reached home Little Christmas Eve. My mother was happy to see me (before the cellphone area parents just had to be patient, and a letter would arrive later than I did myself)
Things were very very complex, but I got some stories from different people while travelling, the Ustasia-fascists (based in Croatia) were killing about 1 mio. Serbs during WW2 with help from the nazi's. The Serbs on the other hand also killed Croations, but in a way smaller numbers. The Ustasia made extermination camps.
So there have been a long "tradition"/history for extremely brutal, violent wars and killings.
The previous socialist partisan-leader President Tito was able to "win the war" managed to keep Yugoslavia united in a peculiar form for social-democratic union, from 1945 til his dead in 1980. And he was immense popular and beloved. And everywhere I was told, that when he would die, there would be war all over. This came in 1990. And soon developed with an immense brutality.
I worked in 2 years at Burmeister & Wain shipyard, in some periods together with men from Yugoslavia. Very kind people, but perhaps with another rough way to look at things.
I hope they are slowly doing well now in Yugoslavia, while it’s a strange and very beautiful country.
Wish the best for you, Ayesha and yours...
Thorkil
(well, Rayyan, I'm almost certain I've told it before, I'm sorry....but on the other hand, it's never too late repeating an old story )
Last edited: Dec 1, 2021
You must log in or register to reply here.
Share:
Facebook Twitter Reddit Pinterest Tumblr WhatsApp Email Link
Menu
Log in
Register
Top