Fun with the Ricoh GR III

A few test shots with the wide angle adapter GA-1 on the GRIII. It gives an angle of view of 21mm in full frame equivalent. In general it is nice and sharp in the centre with only a small drop off in sharpness in the corners. It does introduce some colour fringing of objects against bright backgrounds and a small amount of barrel distortion - neither of which are that noticeable.

This first one specifically had the fringing on the overhead rail cross members against the sky and also some barrel distortion on the window frame close to the right edge. I am currently trialling DxO PureRAW2 and it removed both problems. 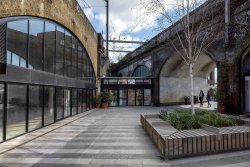 Conversely, this frame did not seem to exhibit either problem but it could be in the vertical barrel distortion is less noticeable. Or I was just lucky. I converted it to monochrome in DxO Silver Efex. 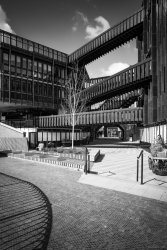 Finally, this is a common test shot for me, the horse bridge over Hampstead Lock in Camden, London, England. Again, I did not feel it needed any corrections, only processing. 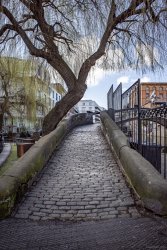 A short walk up to the falls at the bottom of Enfield gorge. Snowmelt flow still going strong. 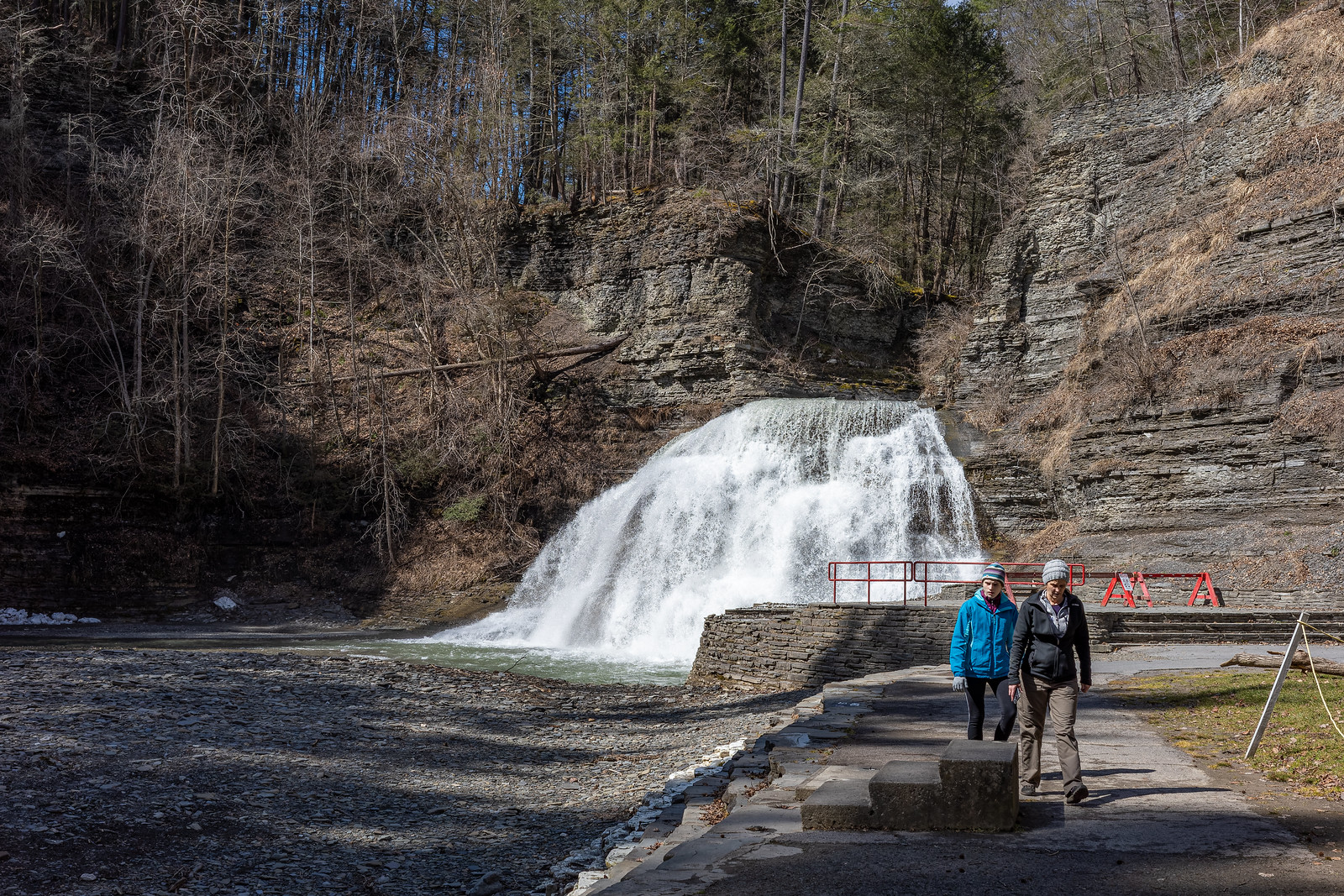 This was two shots stitched. 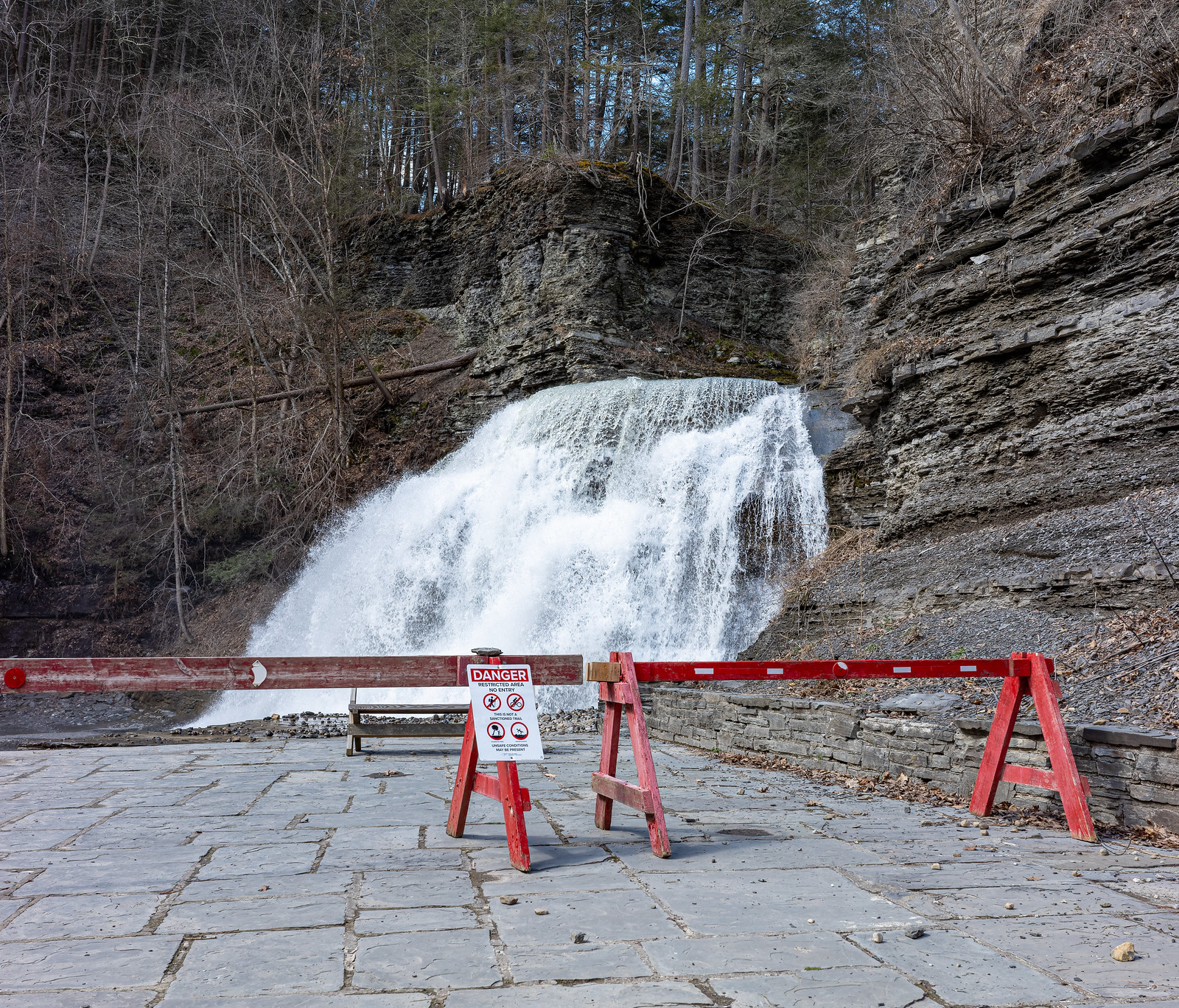 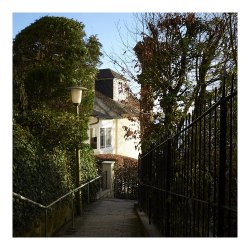 One question in between pictures: Does anyone use the Nisi filter kit for the GRD and is it worth it? Thank you!
A 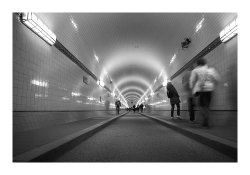 GRIII, left with the 21mm adapter.

Yesterday, in London, saw the opening of the Elizabeth Line, which is a new east-west line that will add 10% more capacity to the London rail transport network.

In 2014 I was fortunate to be invited to visit the construction of Whitechapel Station on the network, 30 metres below ground. Yesterday I went back to the station to see the completed tunnels. I have created two before-after collages. The before were taken with the Ricoh GR and the after with the Ricoh GRIII.

(Below) On the left, (2014) the platform tunnel shortly after being bored out, lined with its initial coating of concrete, on the right (2022, yesterday) the operating platform. 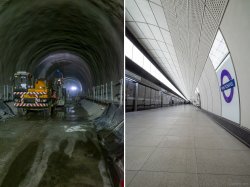 (Below) I remember thinking to myself in 2014 that when the station opens I'll comeback and shoot a before and after photograph of the cross-passage that links the east and west running platforms and then create a comparison photograph. This is it. The escalator shaft which is behind me in both photographs was excavated from platform level upwards due to lack of space on the surface to position excavation equipment, a novel way of doing it. 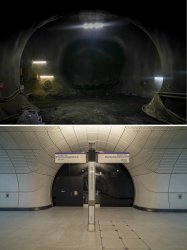 I am sad to say that the build quality of my GRIII, which was one of the first, is just not as good as the early Ricoh GR. The control wheel on mine is flaky and yesterday I was even having problems getting the on/off button to work. I suspect my GR would still be going strong. It annoys me because I rely on the GRIII a lot and I may have to buy another just because this one is giving out at only 3 years old. It actually puts me off the GRIIIx. The mileage of others may vary.

I had the same issue with the control wheel. Fortunately, the service company here in Switzerland fixed it within a couple of days under warranty.

I had no problems with loose wheels on my GR III (sold last year) and so far the GR IIIx has also been fine.

A few snaps from the Ricoh GR IIIx in 1:1 mode taken today in Watkins Glen.

The schooner True Love was in port today. Three shots stitched in Photomerge. 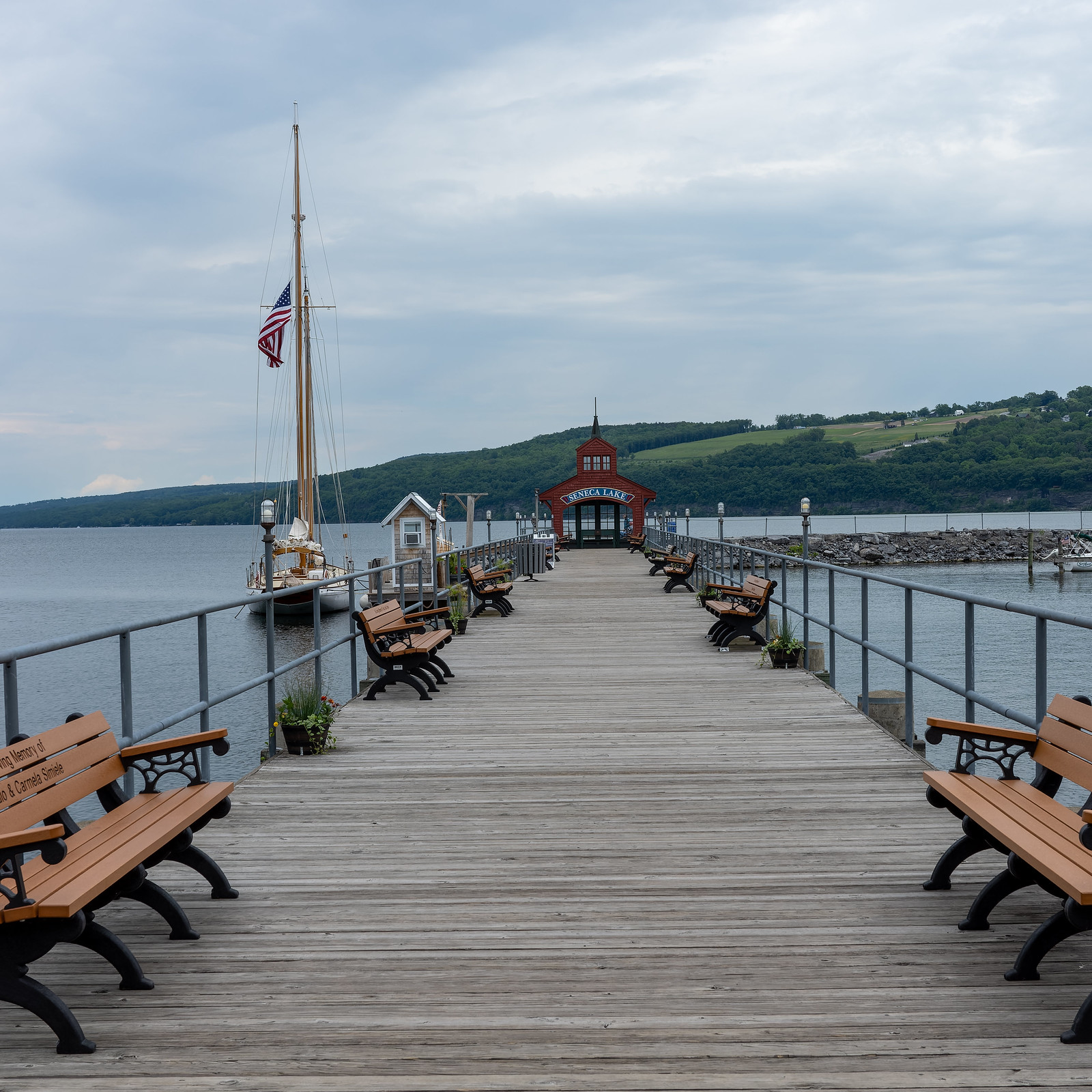 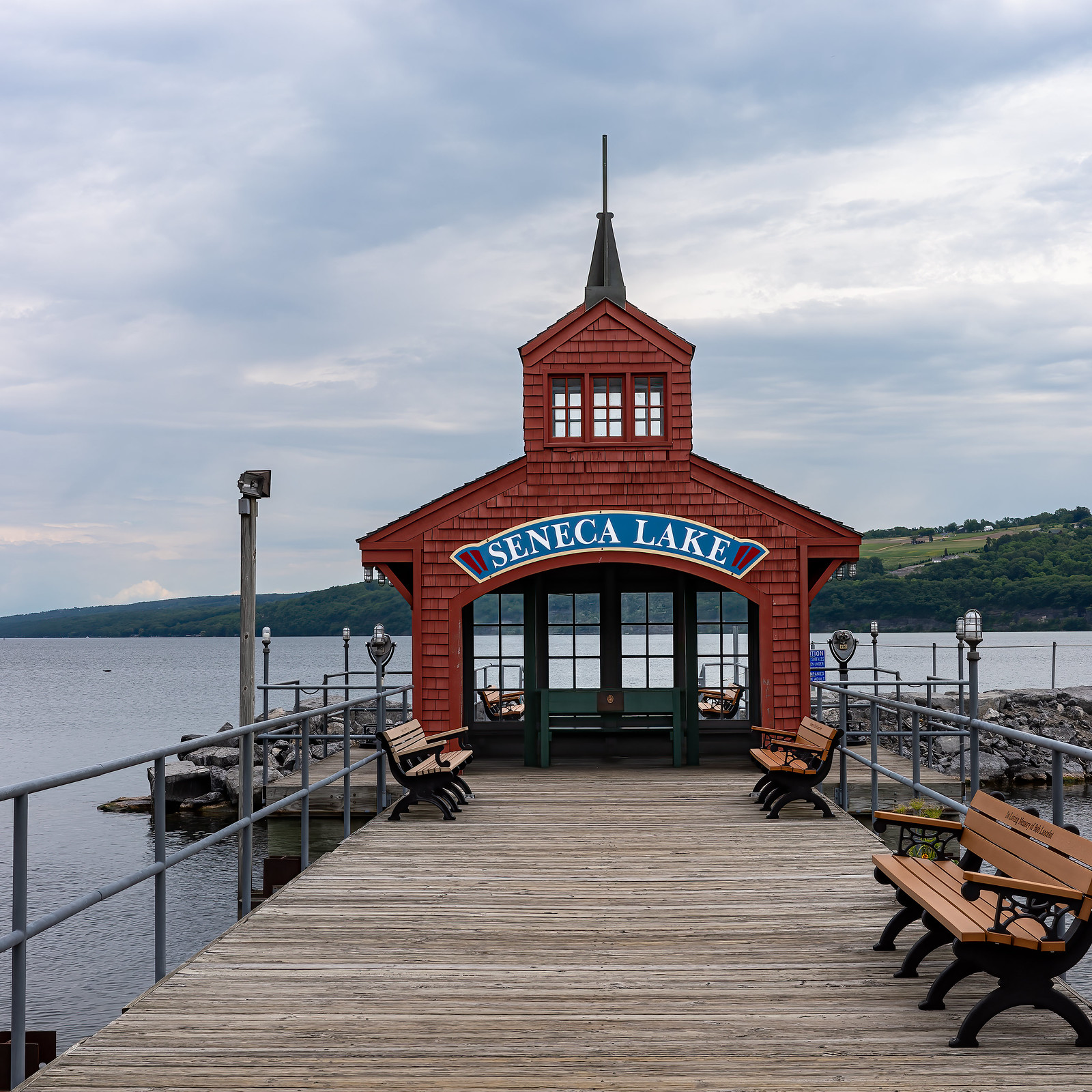 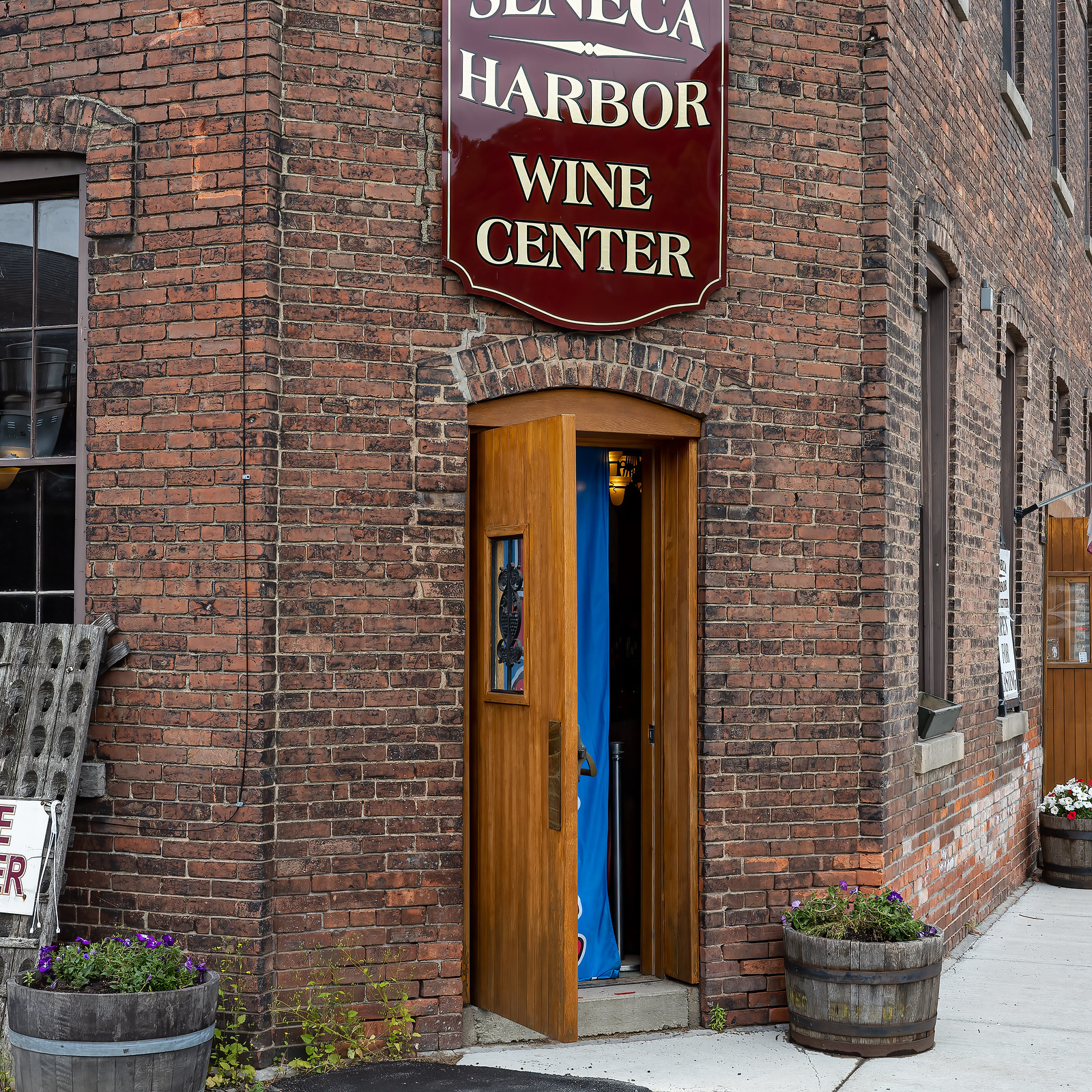 Looking toward the east shore from the park. 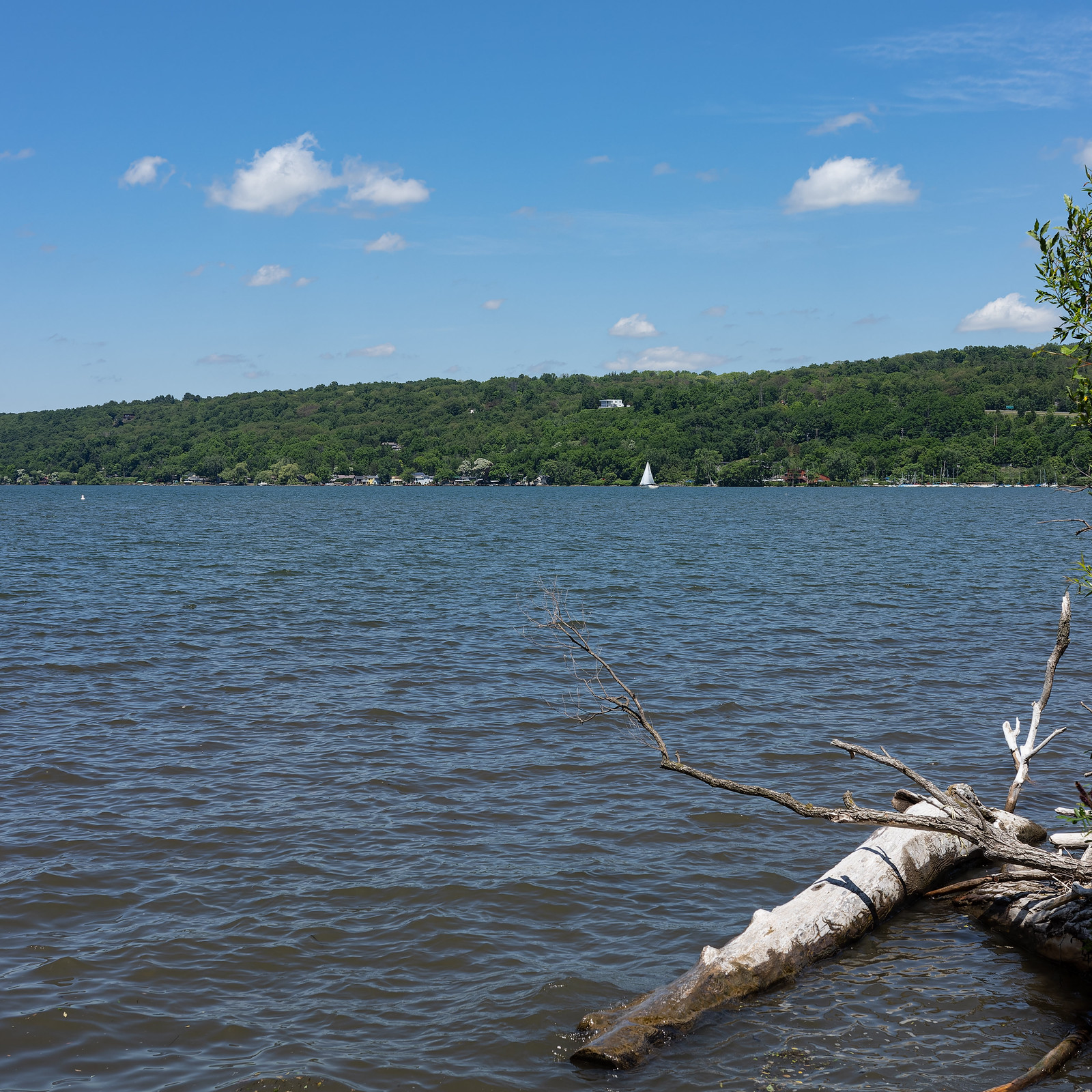 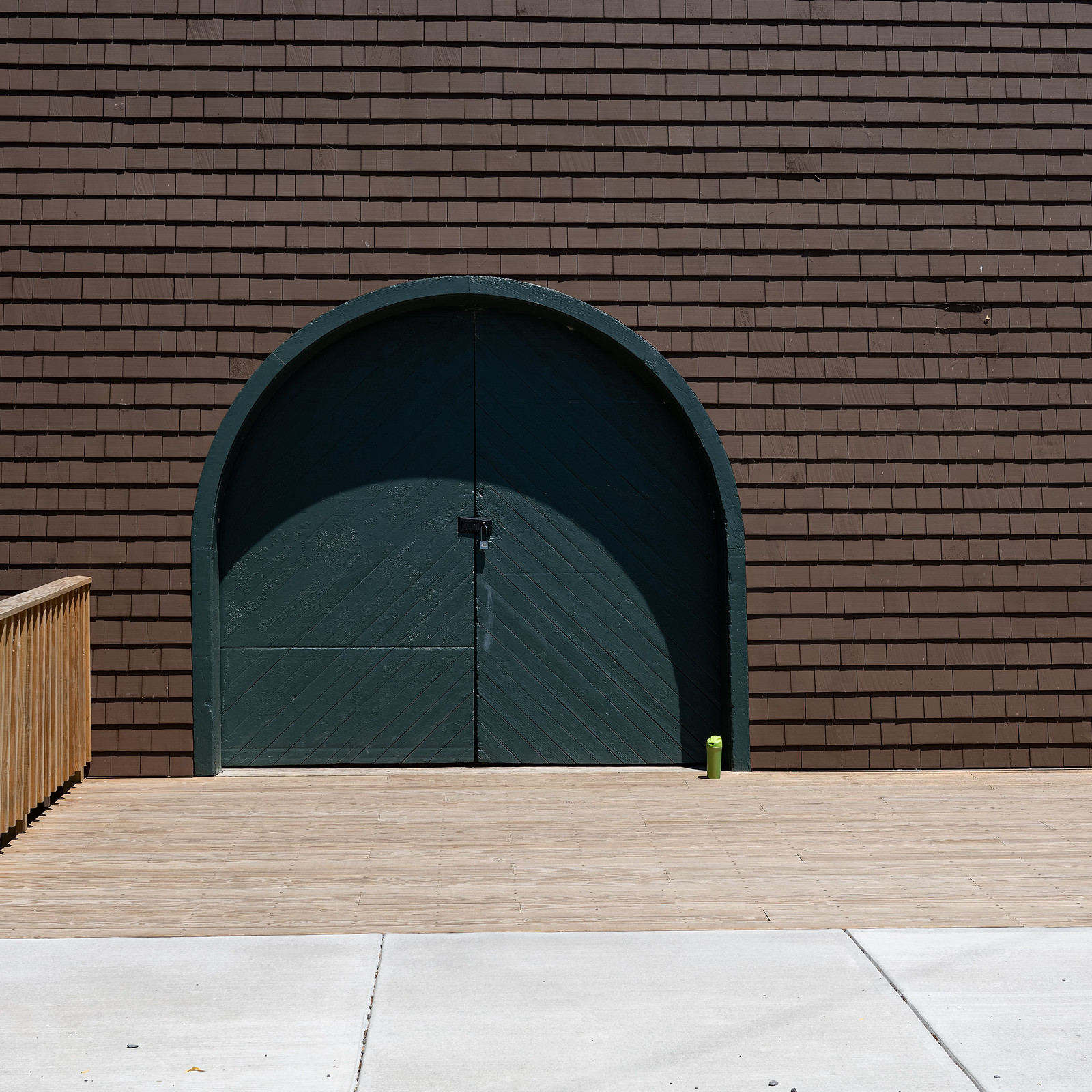 GR IIIX always in a pocket

This cottontail had many garden choices, but instead decided to munch on clover in the lawn. Good bunny! 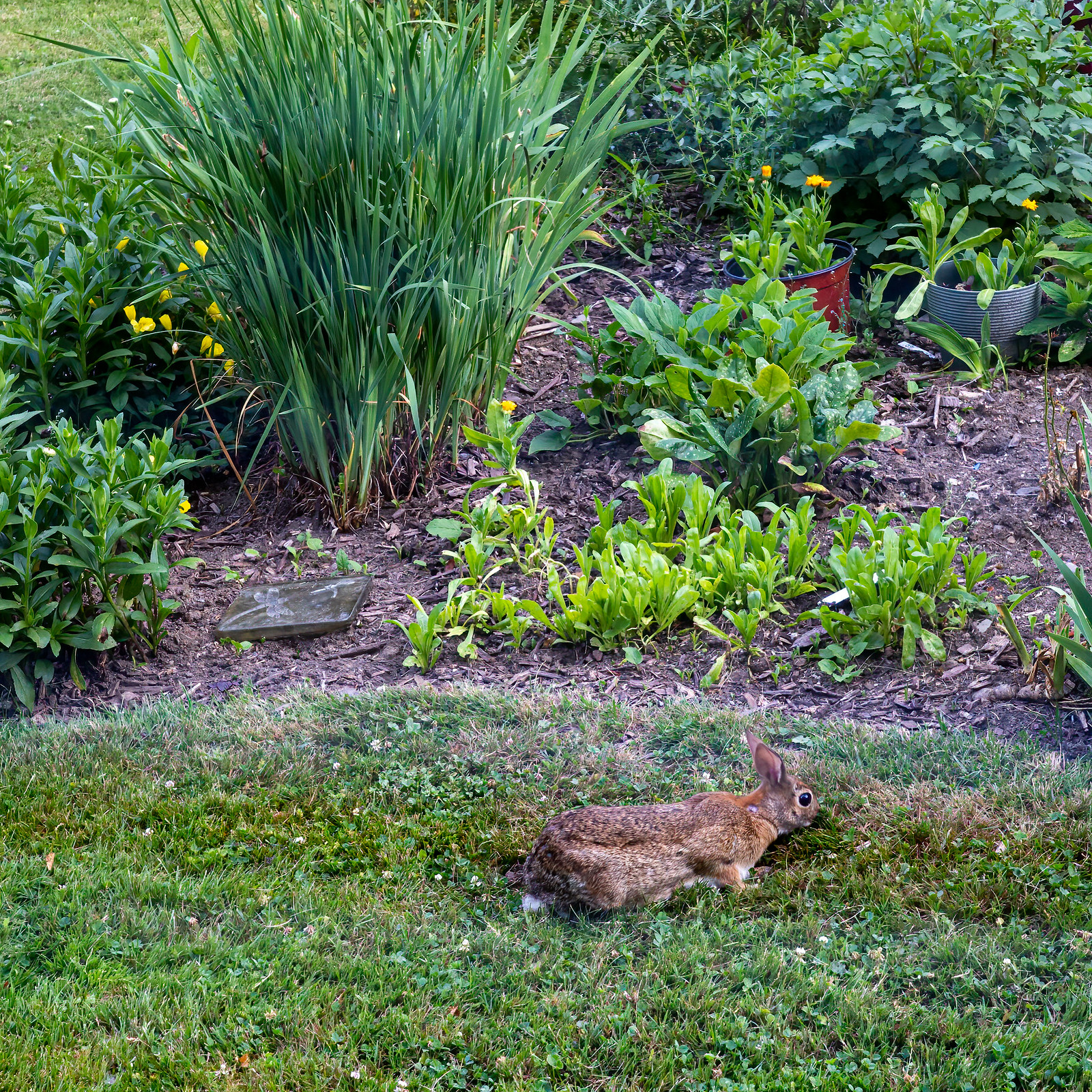 A lovely summer day at the Cornell arboretum ponds. 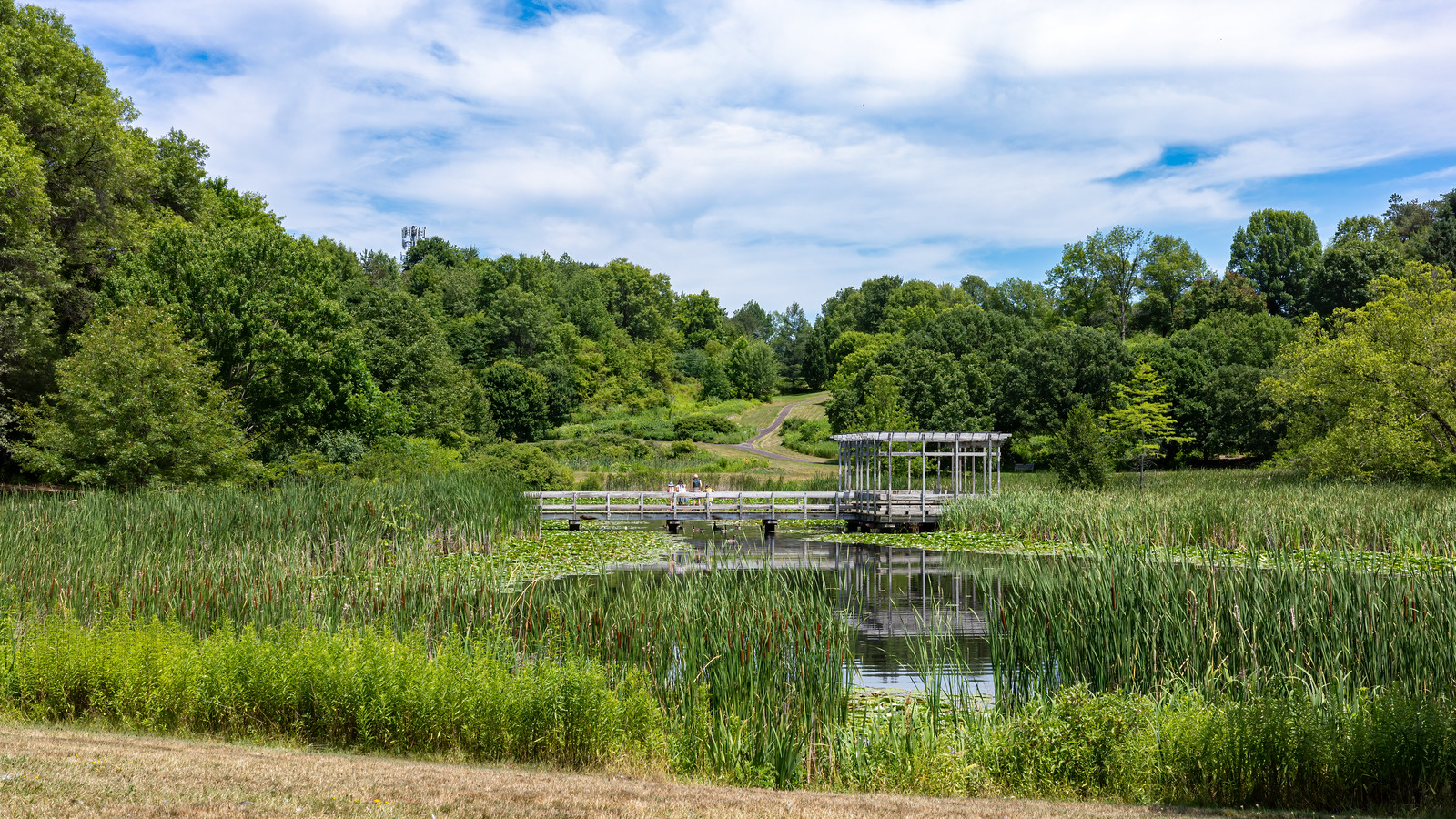 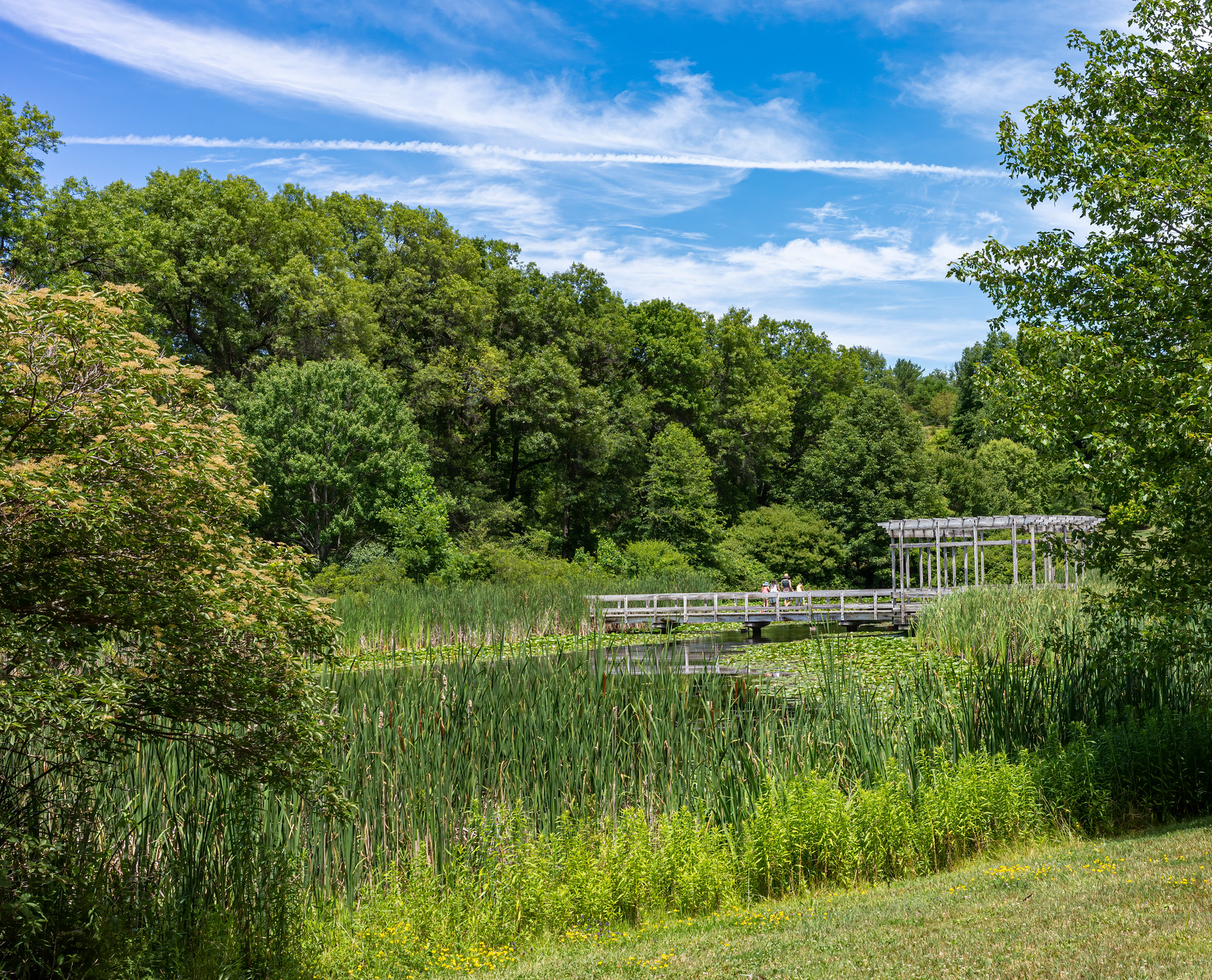 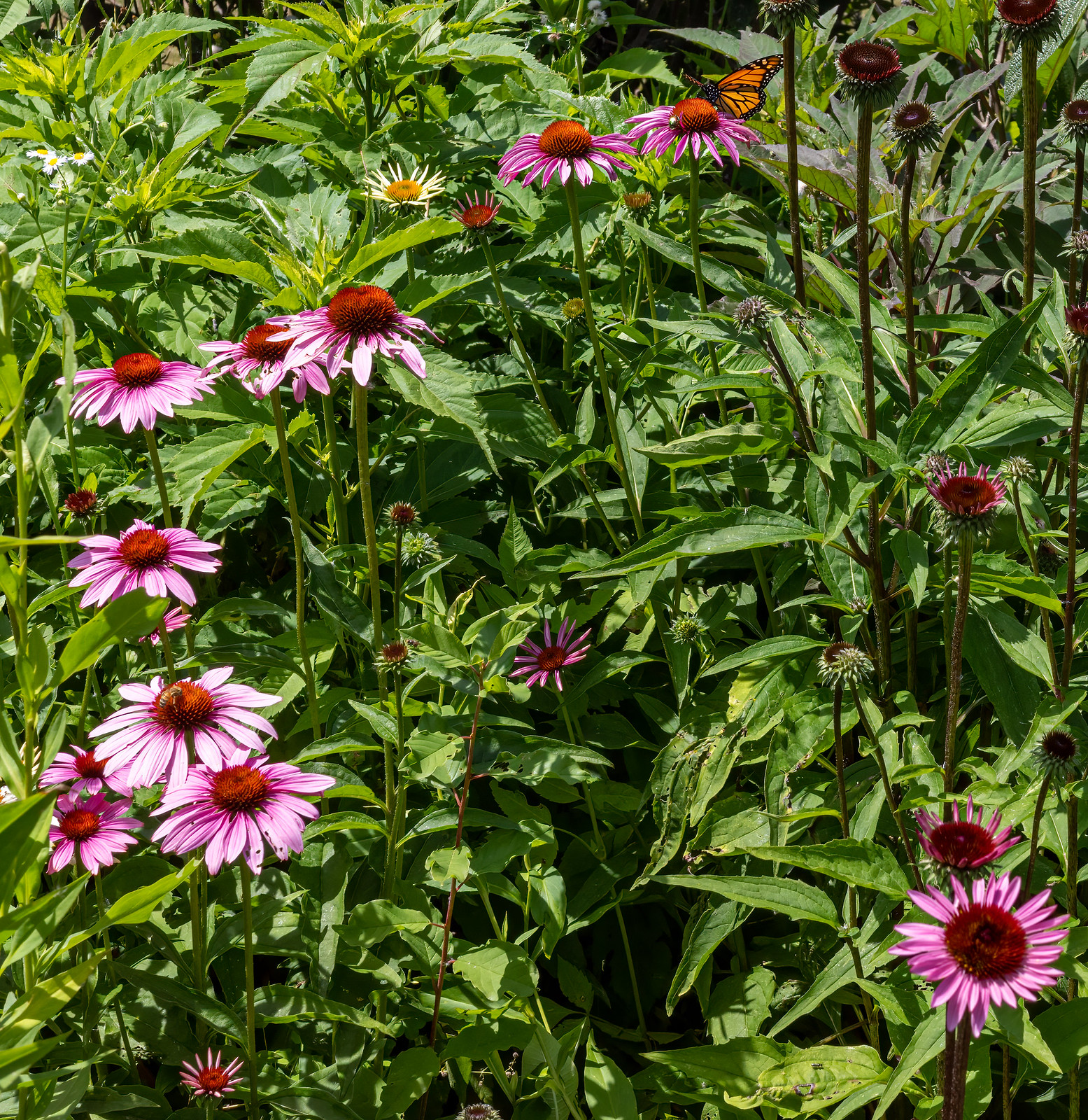 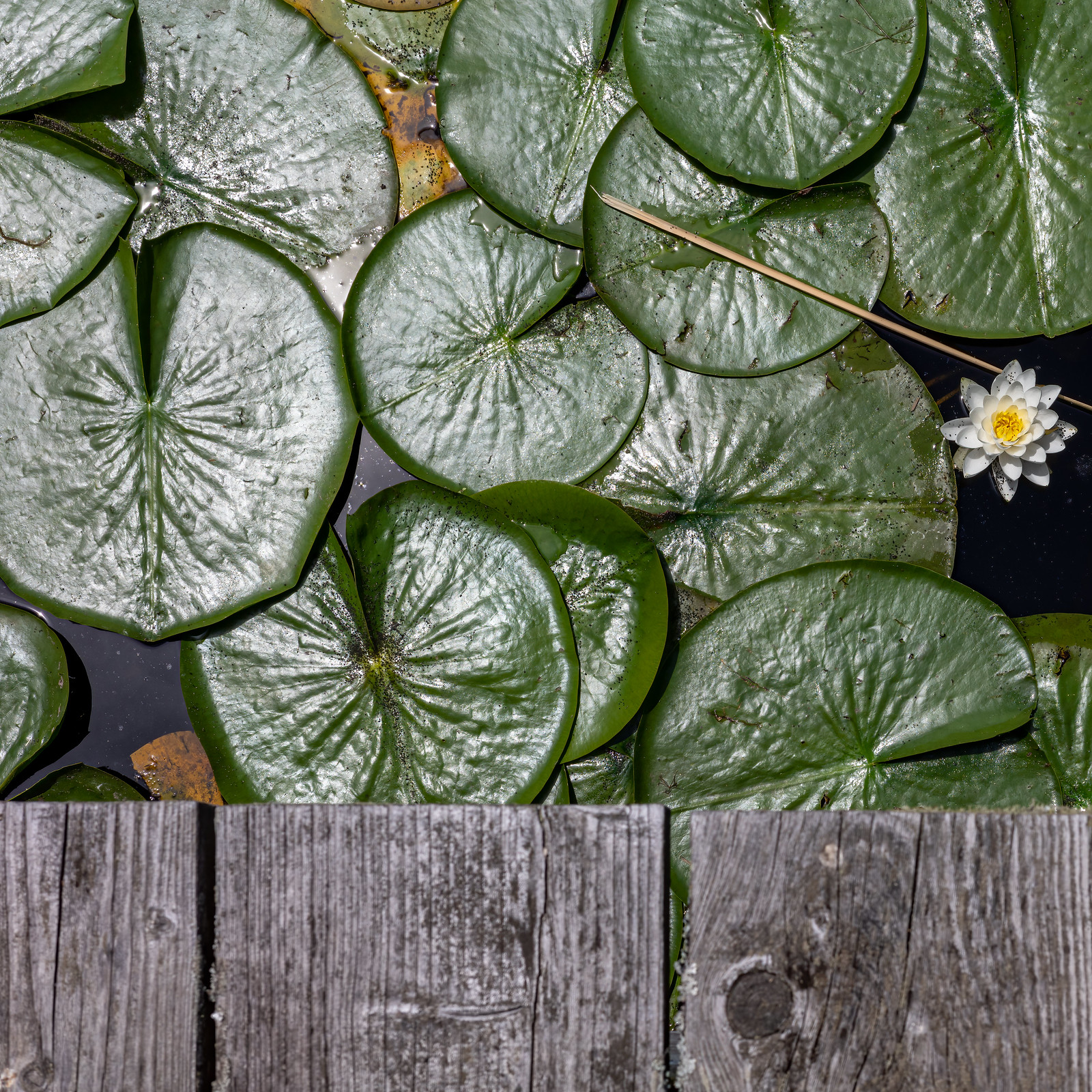 If Carlsberg did cameras.... I've moved my album celebrating the wonderful Ricoh GR and GRIII from Smugmug to Flickr and added a few more photographs from the GRIII. The album is here: https://flic.kr/s/aHBqjzXFvV

The blog entry I wrote about my experiences with Ricoh GR cameras is still at my website: http://www.louisberk.com/?q=ricoh-gr

Someone once asked me if this was a commercial post and I assure you it is not. It is a personal tribute to a fantastic camera which seems to have a cult following of equally enthusiastic owners. 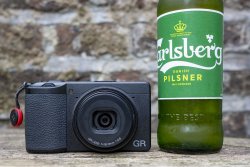 It's the lack of an integrated VF that spoils it for me.

Feels perfectly natural shooting this camera with one hand. Think of it as point and shoot perfection.