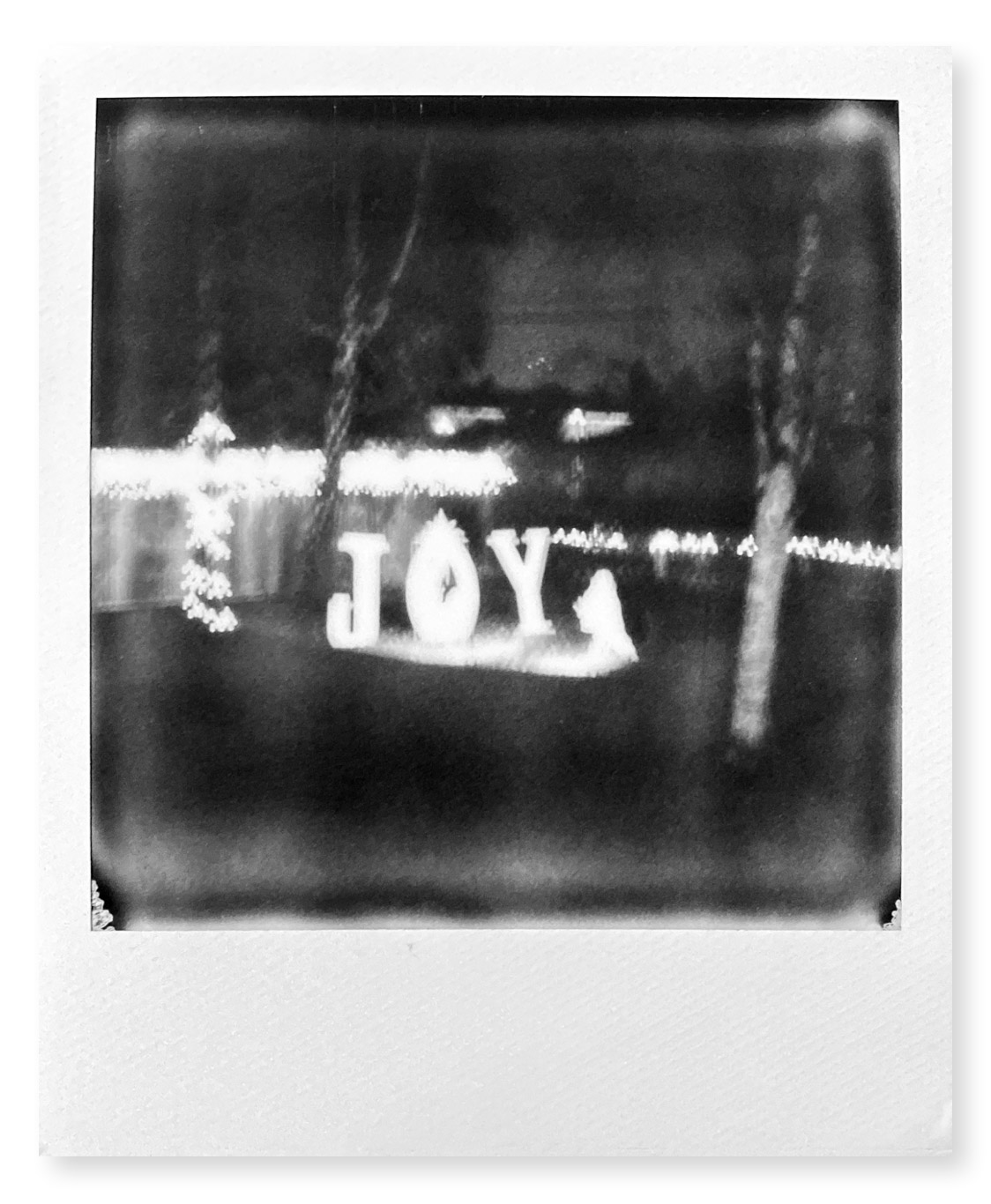 My Last Photo of 2020 - Santa Clara 2021
Polaroid SLR670a by MiNT
Polaroid 600 B&W film​
And may it be a year of health, good will, and healing in the same measure that the last was not!
Be well, stay sane, endure and prosper!

I used the Hasselblad 907x as a copy camera to obtain high-resolution scans of about 160 or so Polaroid prints today. Very pleased with the results! 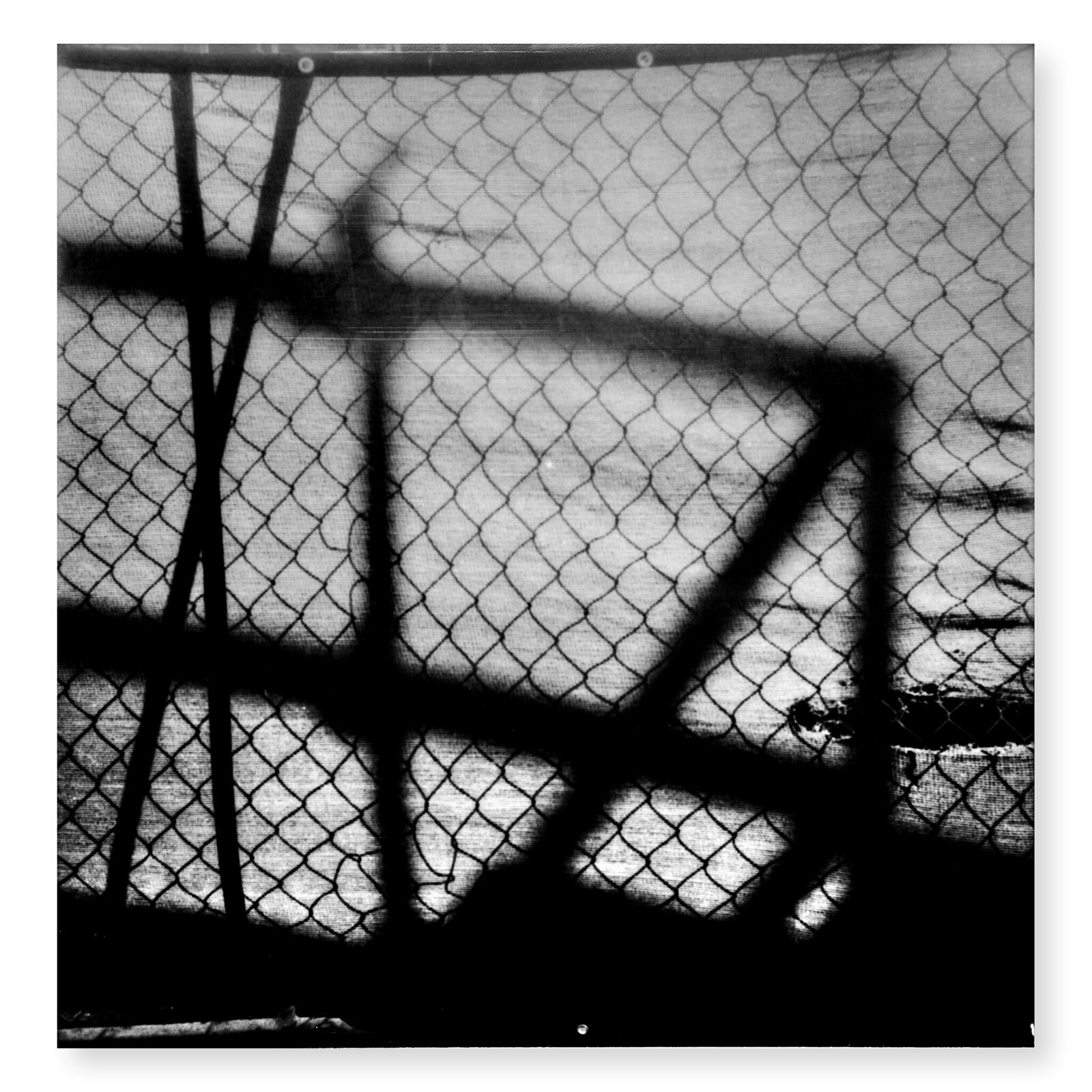 Another Polaroid image that's been waiting for me to get to it for a long time ... 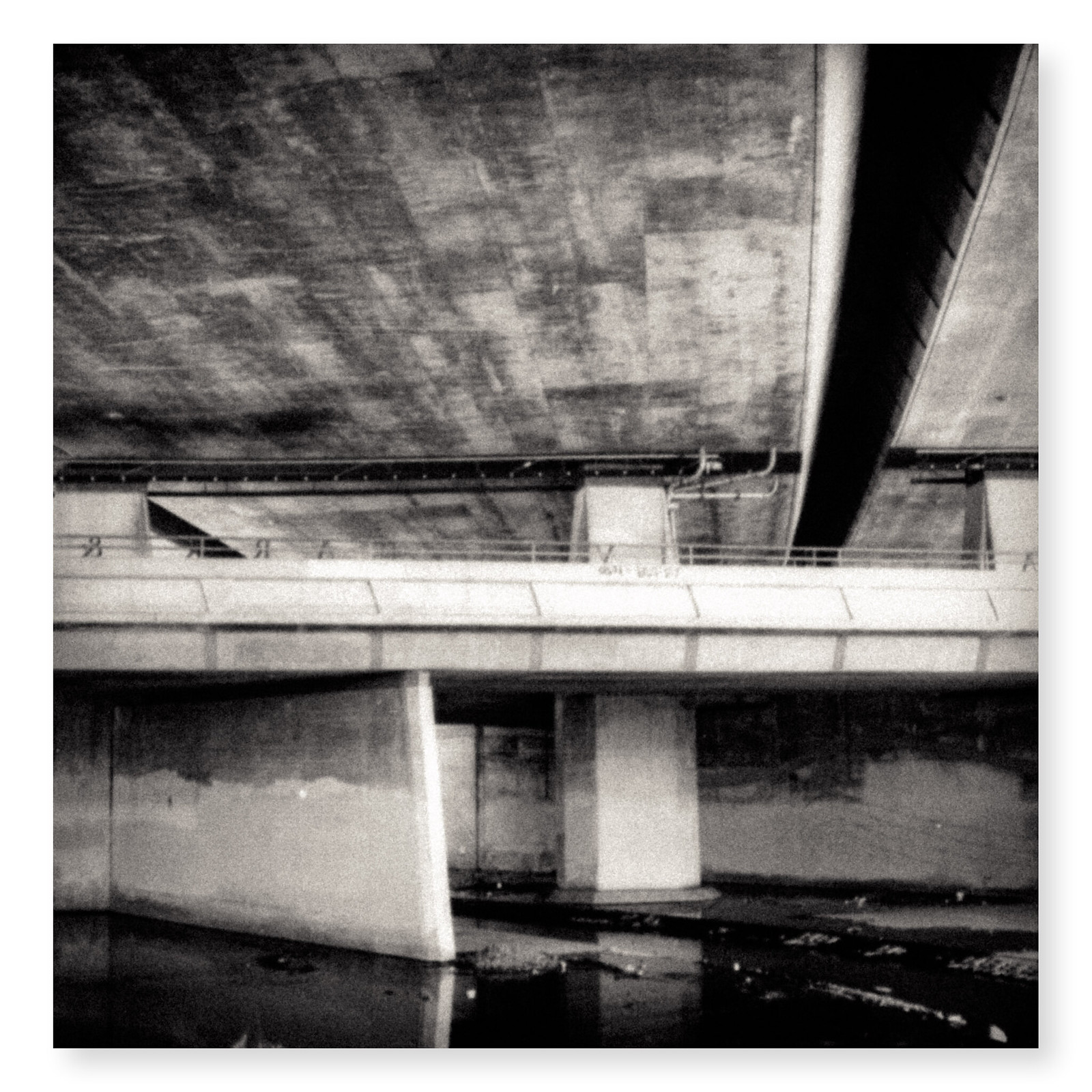 I try to walk every day, in addition to and sometimes instead of my bicycling. Walking affords me the luxury of stopping to make a photograph easily. I see things all the time that are noteworthy enough to my eye... 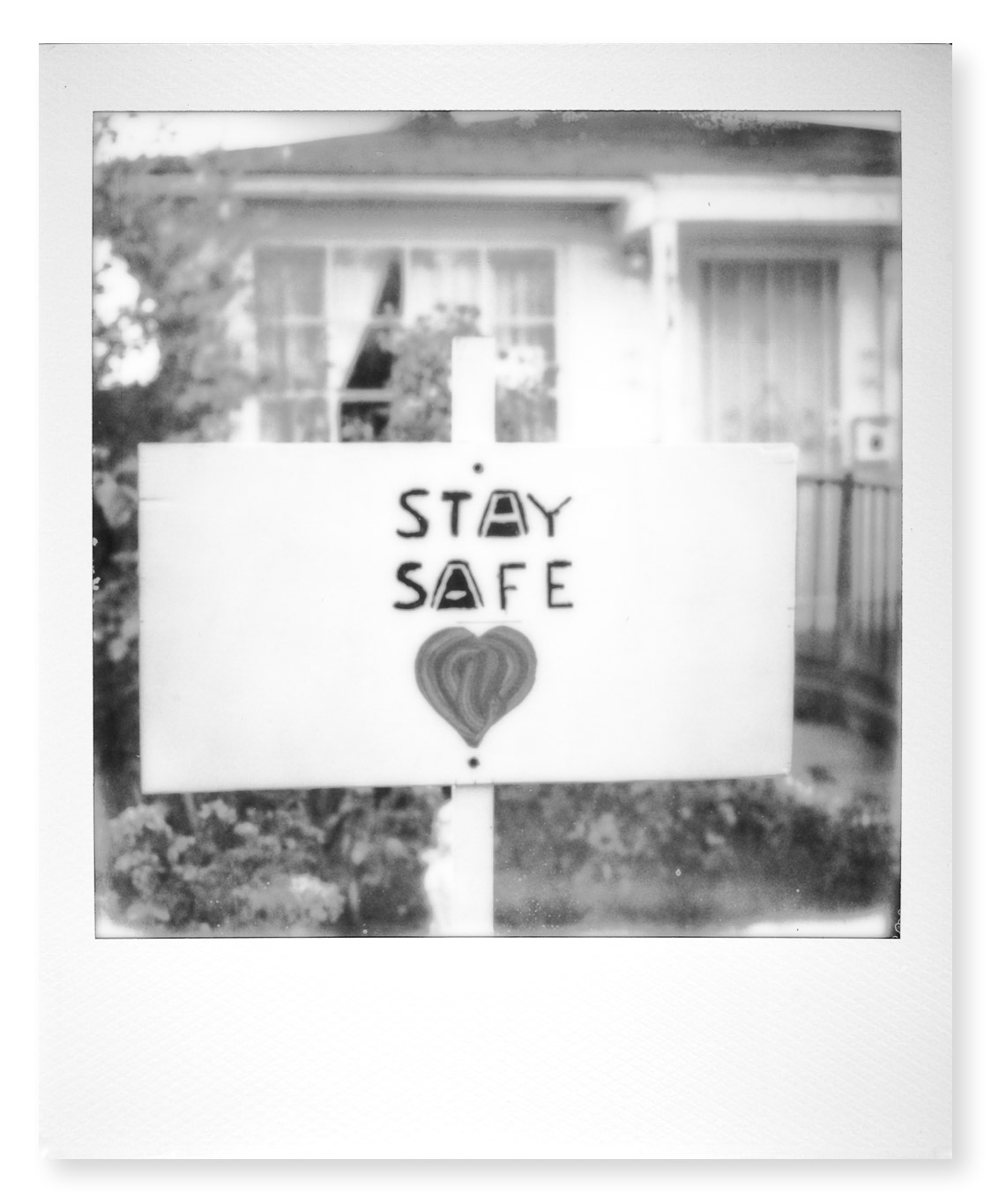 Stay Safe - Santa Clara 2021
Polaroid SLR670x by MiNT
Polaroid Originals 600 B&W​
This sign has been in the front yard of this home for eight to nine months. I have several photos of it. I was moved to take another yesterday, as it has multiple meanings now. 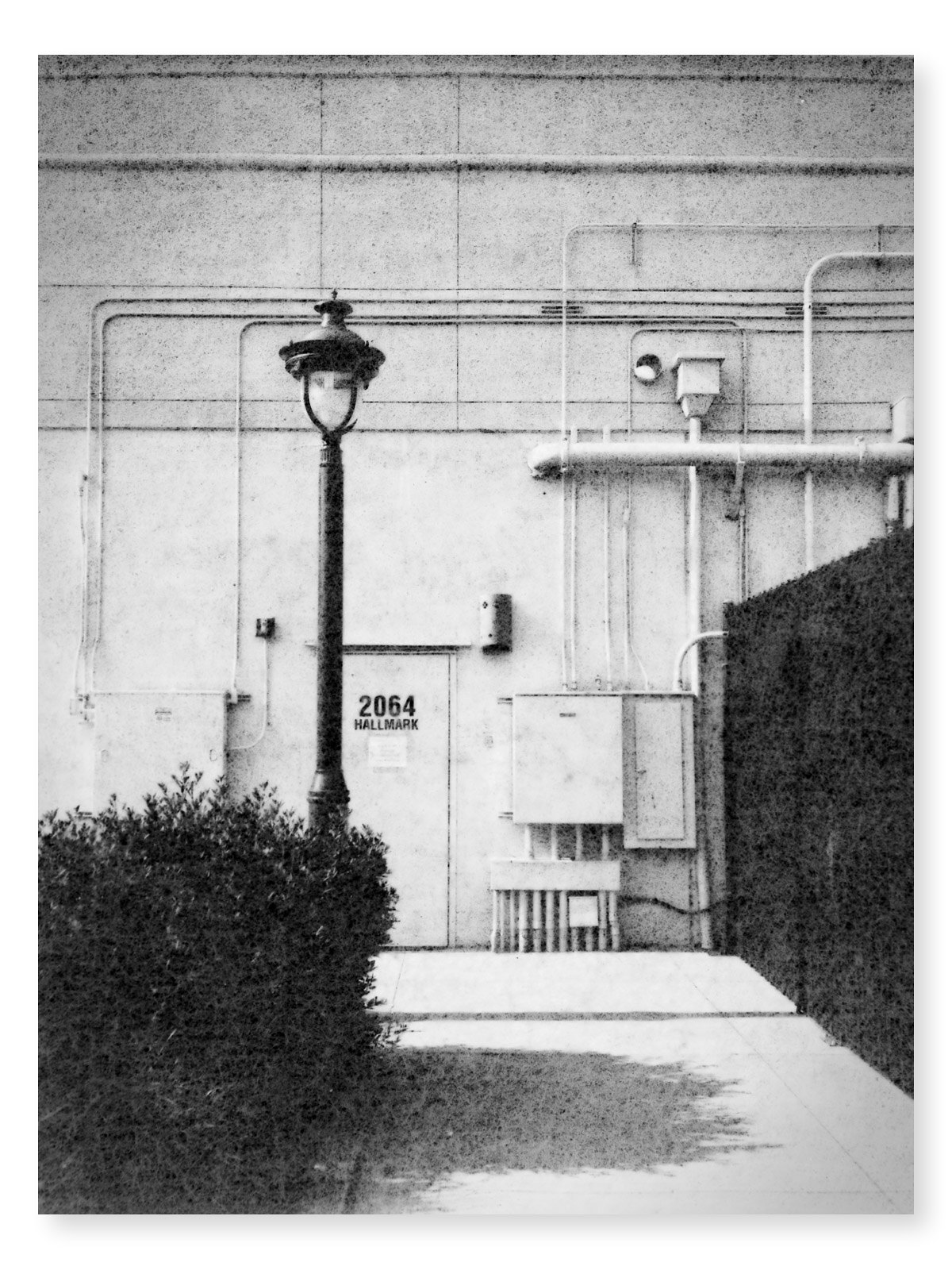 Cross-posting from the MF forum...

After not shooting film in a couple of months, I brought the Hasselblad and 80/2.8 to a socially-distanced bon voyage gathering with a few close friends. My buddy Dan is heading off to New Zealand for a sabbatical. I'm not only jealous of his escape to normal non-covid living there, but being able to travel around NZ 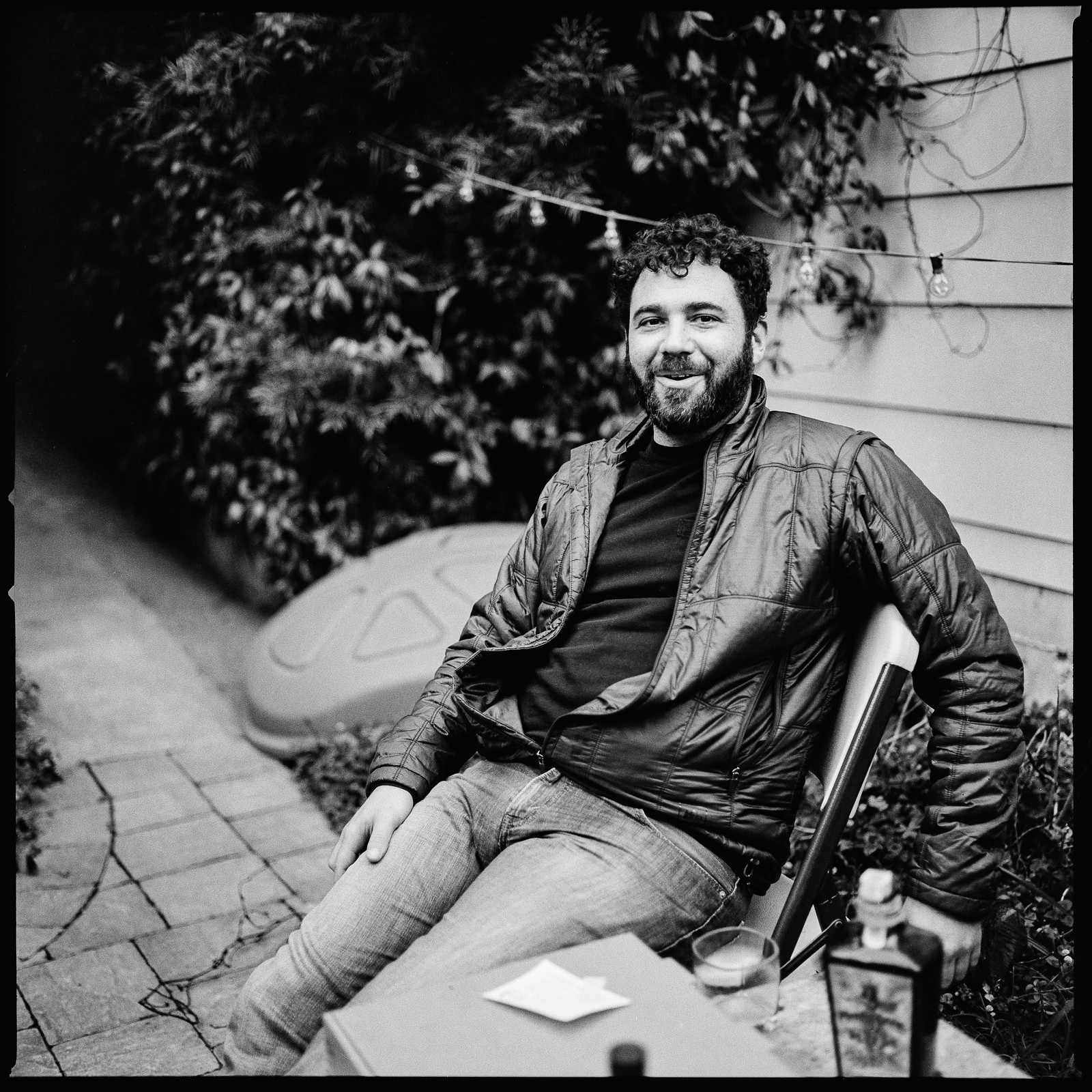 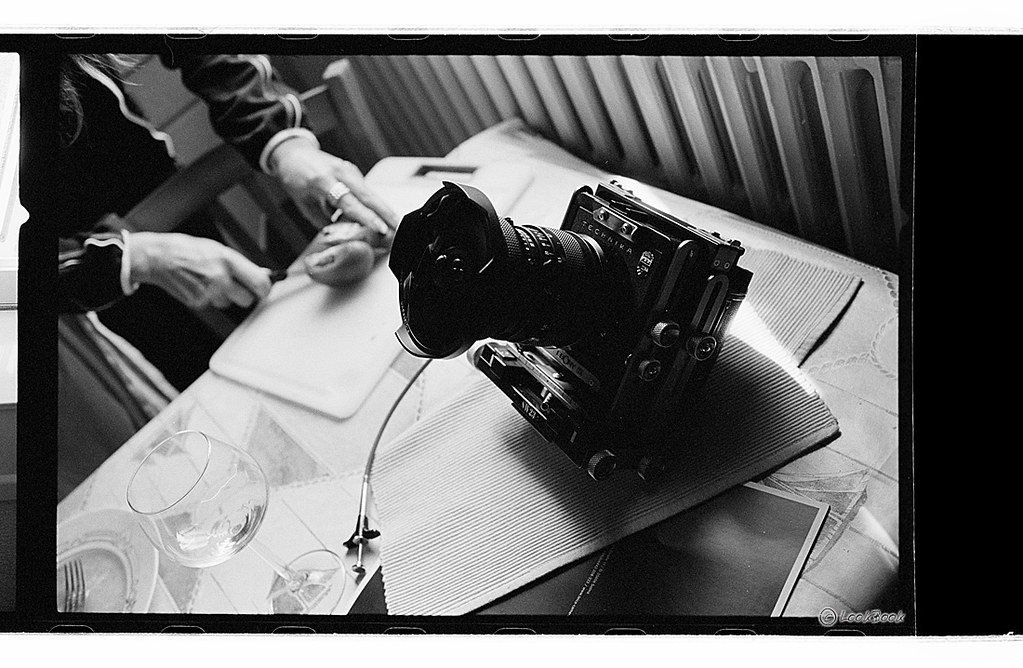 This showed up in the mail last August ... 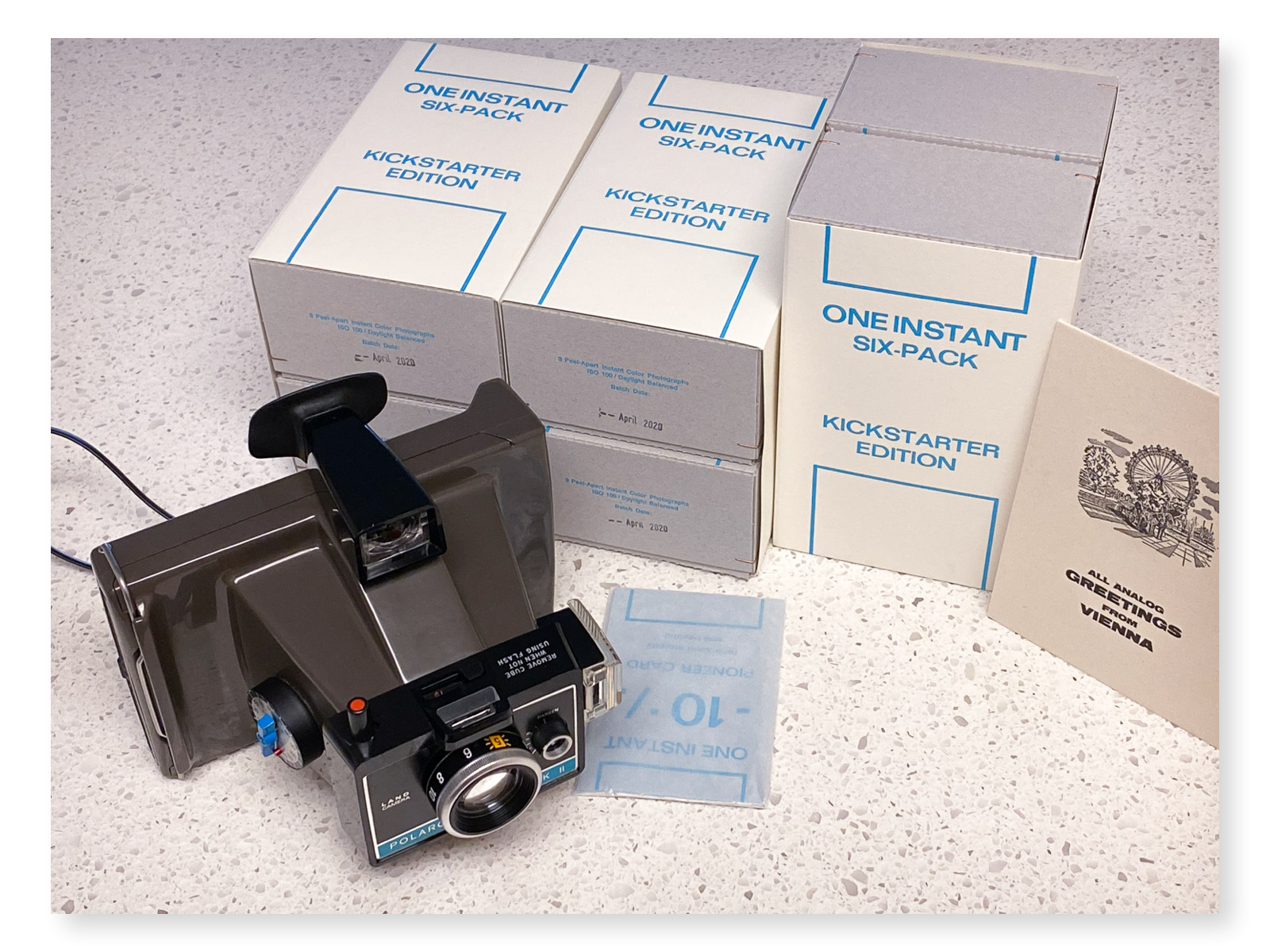 “Eighteen Exposures to Eternity"​
Fresh, new Polaroid-compatible pack film from SuperSense: 18 photographs and a camera to use them in. Each pack has ONE shot in it.

I'd been waiting a long time to see it.

So ... It sat on the shelf for half a year. Finally, I decided this morning to figure out how to work this film. 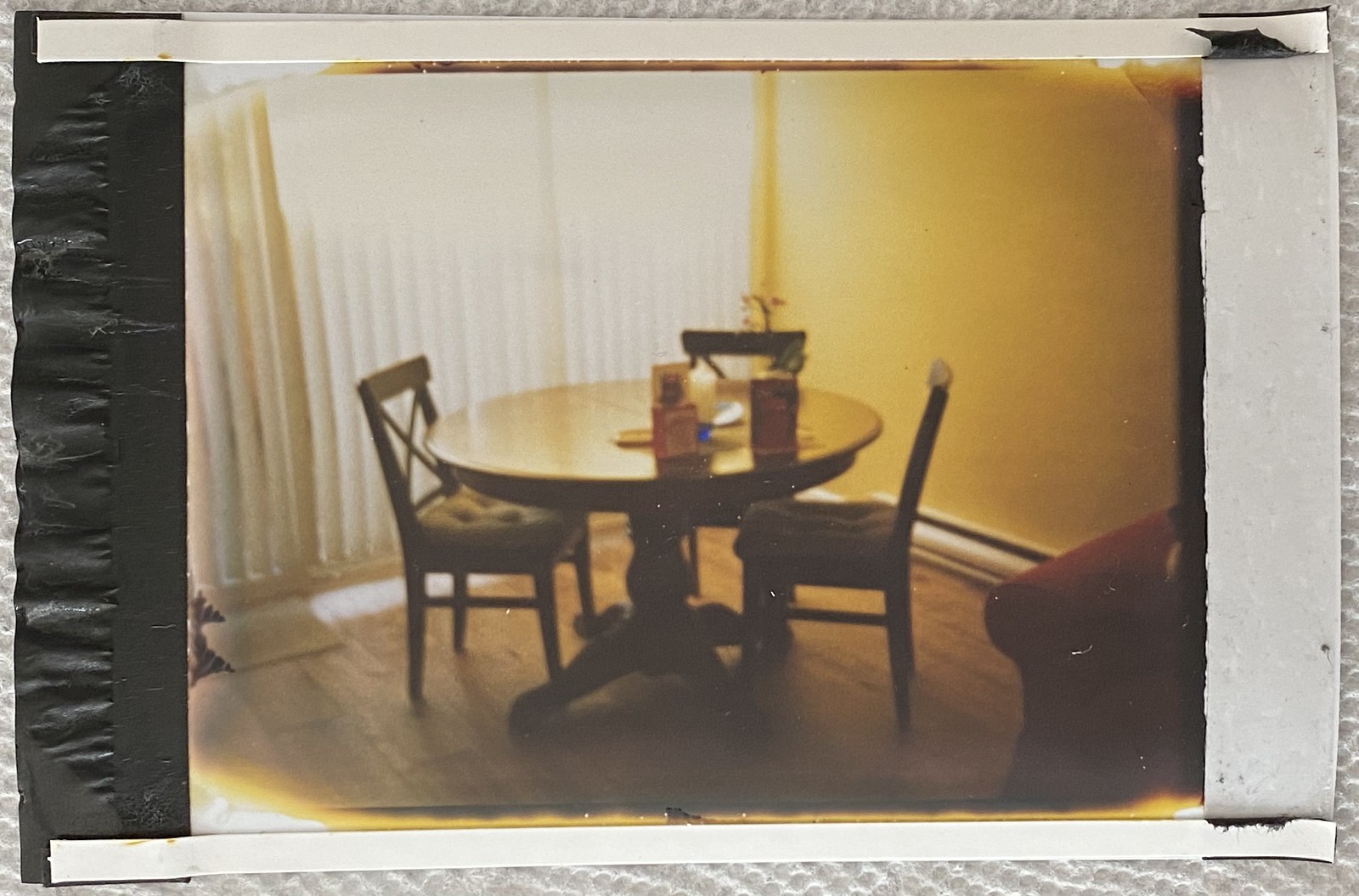 First successful exposure - One Instant film​
It works! And even looks pretty good, considering the slow exposure and test subject.

A few month ago I bought a Minolta Dynax 7, not as sturdy and heavy as the "top of the line" Dynax 9 but with a lot more options/bells and whistles. One great feature I like a lot is that it stores the exif data for the last 6 films so making it much easier to figure out which lens was used and possibly what went wrong after you develop the film.

I recently ran a roll of Kodak Porta 160 through it and here's a few results:

I bet this isn't the skipper's car

Both with the Minolta 35/2
Scanned as negatives on an Epson V700 photo and then converted to positive and processed in Lightroom with the Negative Lab Pro plugin
Last edited: Mar 2, 2021

From the same roll as above

Zara Hadid's design for the Antwerp Harbour House, it includes the refurbished firestation below, but is now all offices for the harbour authorities. 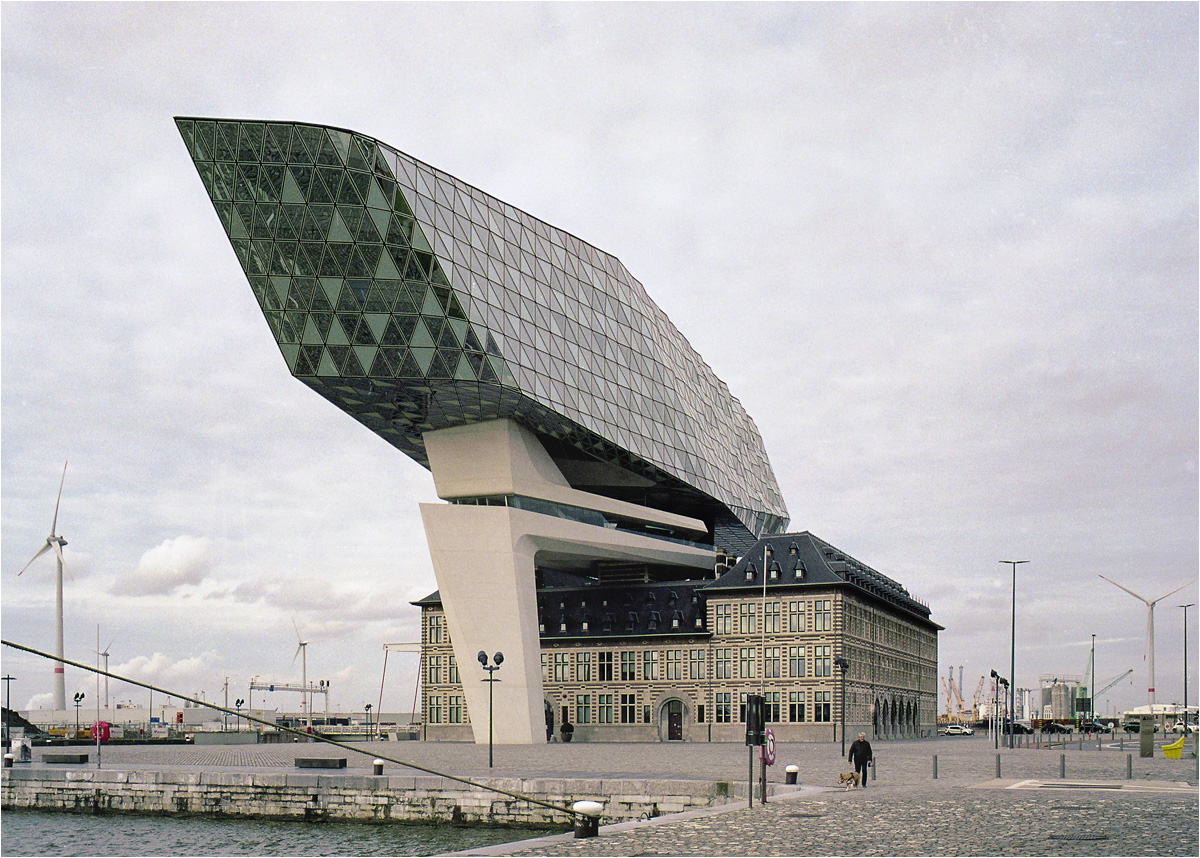 Detail of the "ship"

I have been carrying a Polaroid with me on my cycling rides this past week or two. At 8 exposures per pack, one presses the shutter sparingly ... I often don't see anything worth another precious frame, or just see one frame in the entire ride. It's such a different photographic experience from carrying any of my digital cameras. 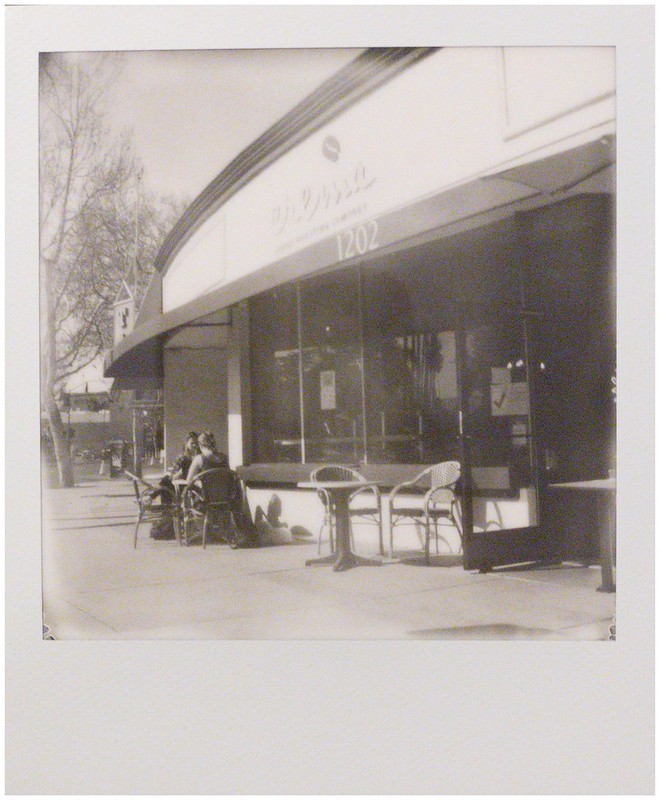 At Crema - San Jose 2021
Polaroid SLR670m by MiNT, SX-70 B&W by Polaroid​
Ah, the modern cultural milieu. In non-pandemic times, this cafe like all the others would have a dozen tables out front and most would be full...

I printed out some adapters to use 35mm film in my Hasselblad. First time doing this and I stupidly loaded the film the wrong way around! Well I lost the whole roll... brand new Ektachrome E100 also. Not wanting to waste another expensive roll, I bought some Kodak Gold 400, which I've never tried before. Luckily, I figured out what I did wrong and loaded everything correctly this time. A trick I learned from a youtube video is taping an extra length of film about 18" to the lead in order to use the shot counter normally and squeeze as many exposures out as possible. I was able to get 21 shots out of a roll in an A24 back I had lying around (of course, not all were keepers...).

One big ergonomic challenge with this is that the film back scrolls vertically in a Hasselblad, so the film is in portrait orientation holding it normally. Shooting normal panoramic shots ala XPAN requires turning the camera sideways, and I don't know if you've ever tried to shoot a Hasselblad turned on its side (why would you?), but it's awkward to say the least. Using a focusing screen is even more challenging because the image is upside-down! Using a viewfinder fixes this at least and makes panoramic shots easier to hold and focus. I think shooting 35mm film in a medium format camera is a lot easier in cameras like the Pentax 67. So more of my shots were composed vertically than I probably would have otherwise. I did make a little framing guide to sit on top of the acute matte screen to help, otherwise you just have to eyeball where the film might be. 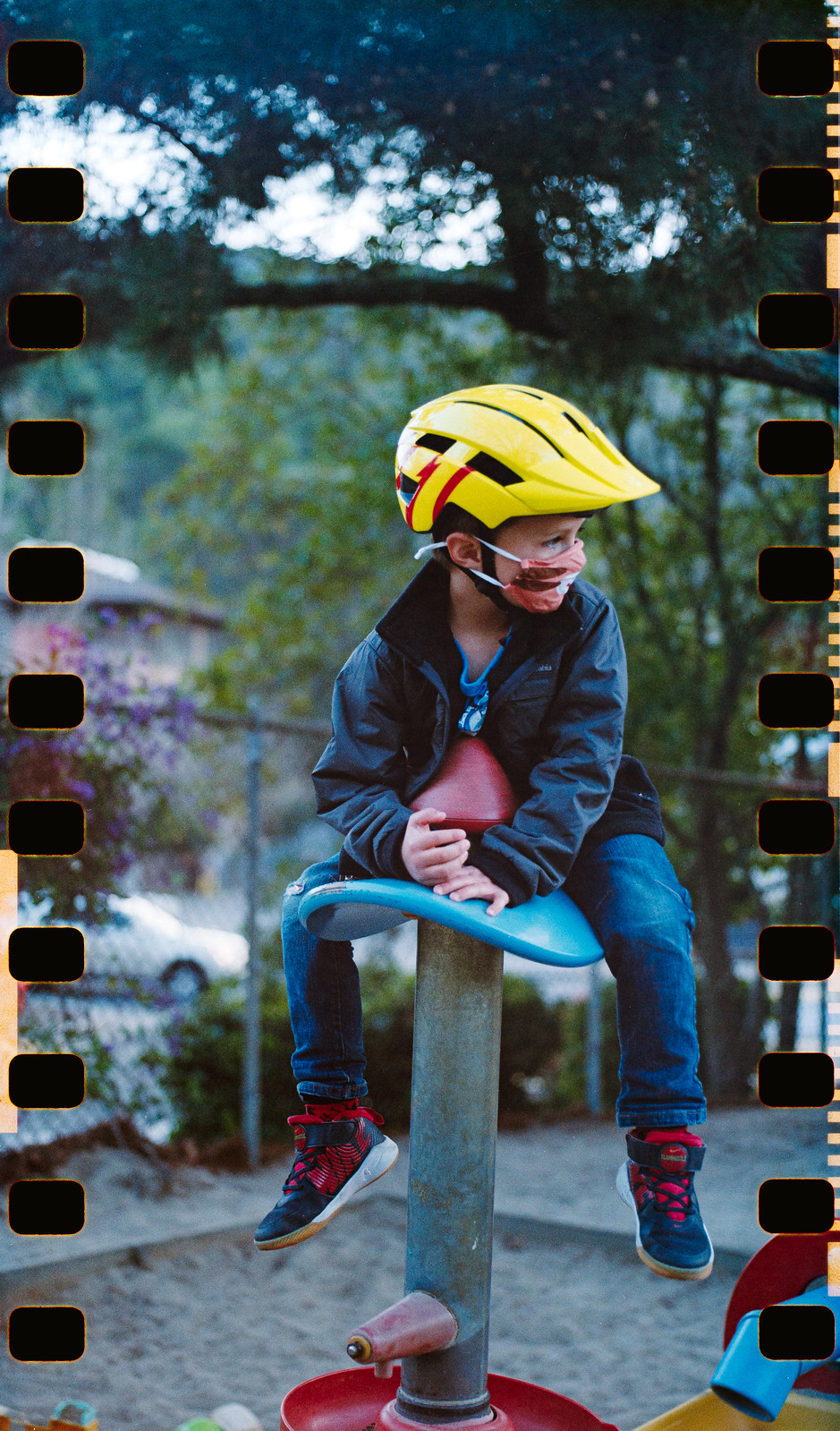 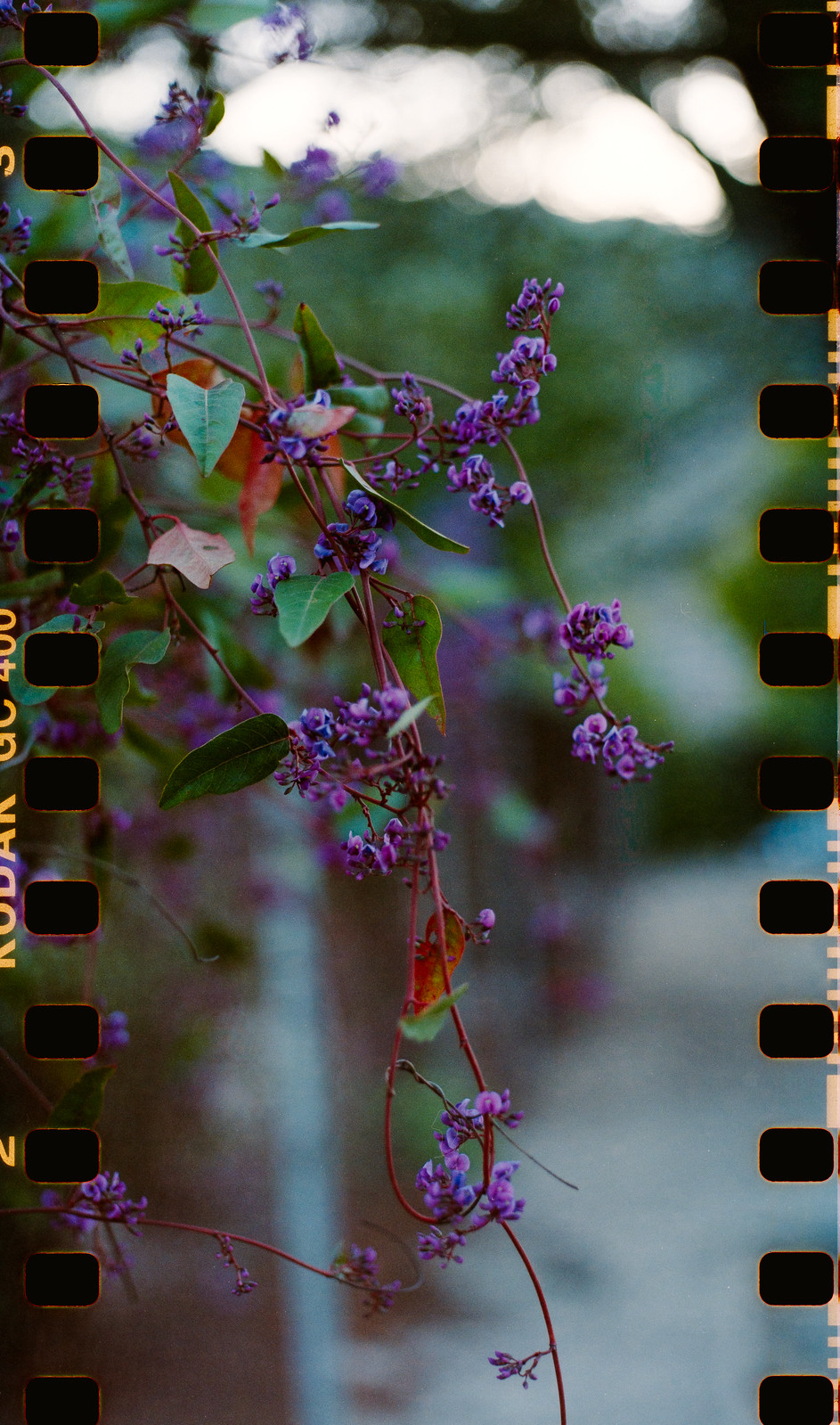 very cool! I have an adapter set like that, should try it out!

Godfrey said:
very cool! I have an adapter set like that, should try it out!

It's fun! I really like composing with a panoramic crop in-camera. Had to try this, but now I'm afraid I want an XPAN.

One other thing to be aware of is that you have to unload the film in a darkroom or dark bag to wind the film back into the cannister.

Next, I might try this with my 6x17 camera just for laughs
K

And you're using the best area of the lens, center to edge but not the corners. Though any of the 80mm, C, CF or CFI are all pretty good in the corners.

An Xpan image is 24mm x 65mm and you're getting 24mm X 56mm. I say buy another lens for the camera you've got and skip the Xpan.

Yeah, I'm not seriously considering an XPAN. They've gotten too expensive unfortunately. I'm also not sure I'd be as satisfied shooting a rangefinder for film. I really like the 6x6 format anyways, so I'll probably stick to 120 and keep my use of 35mm as a fun experiment. 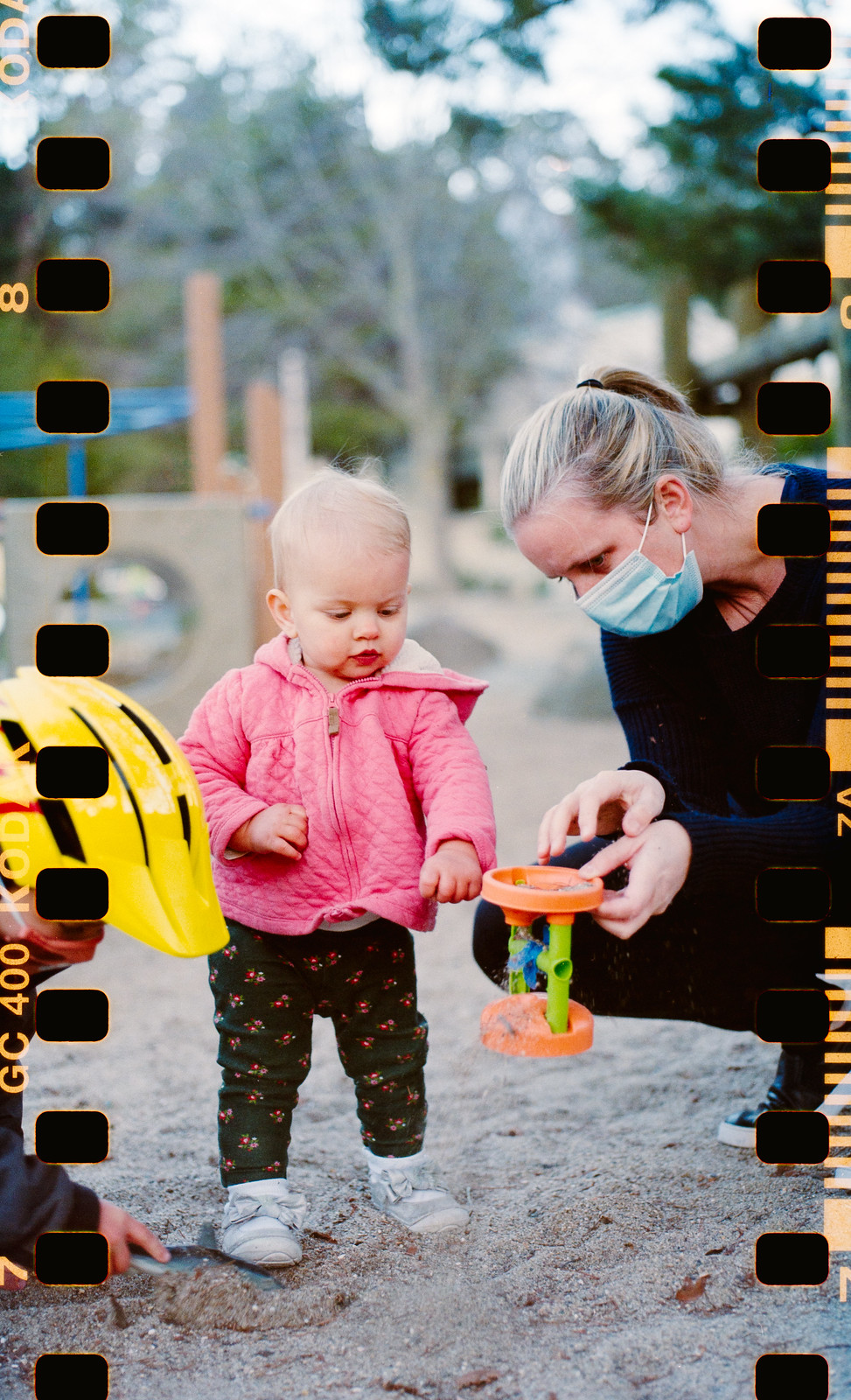 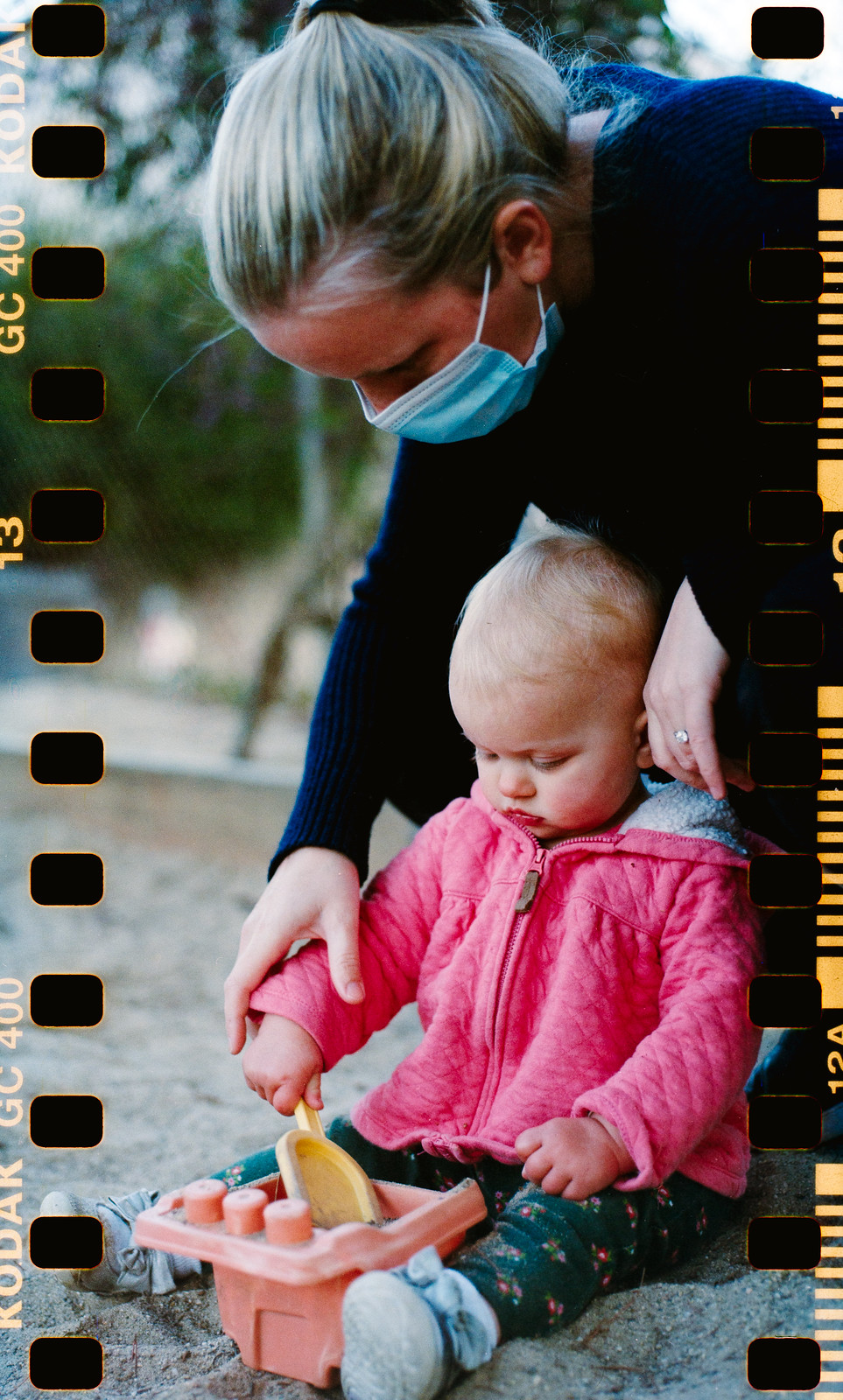 These are lovely 'experiments' Graham!