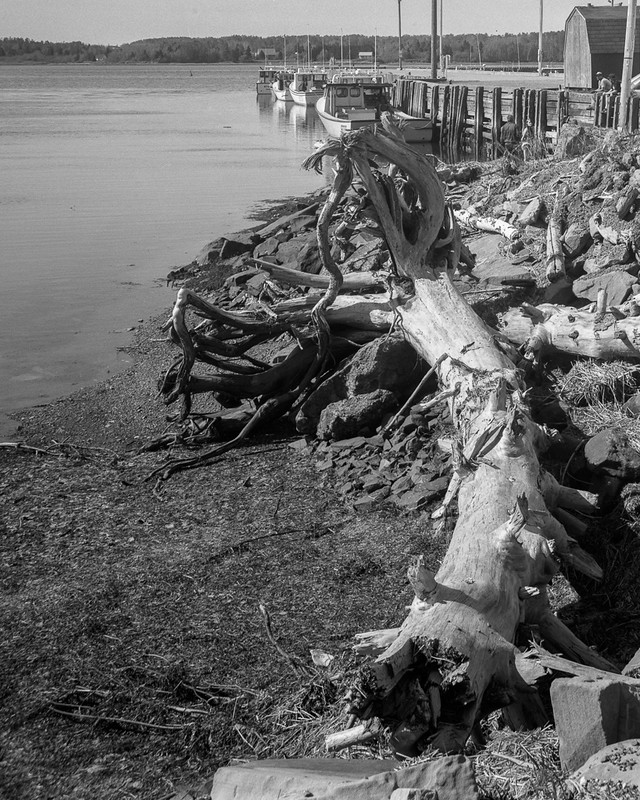 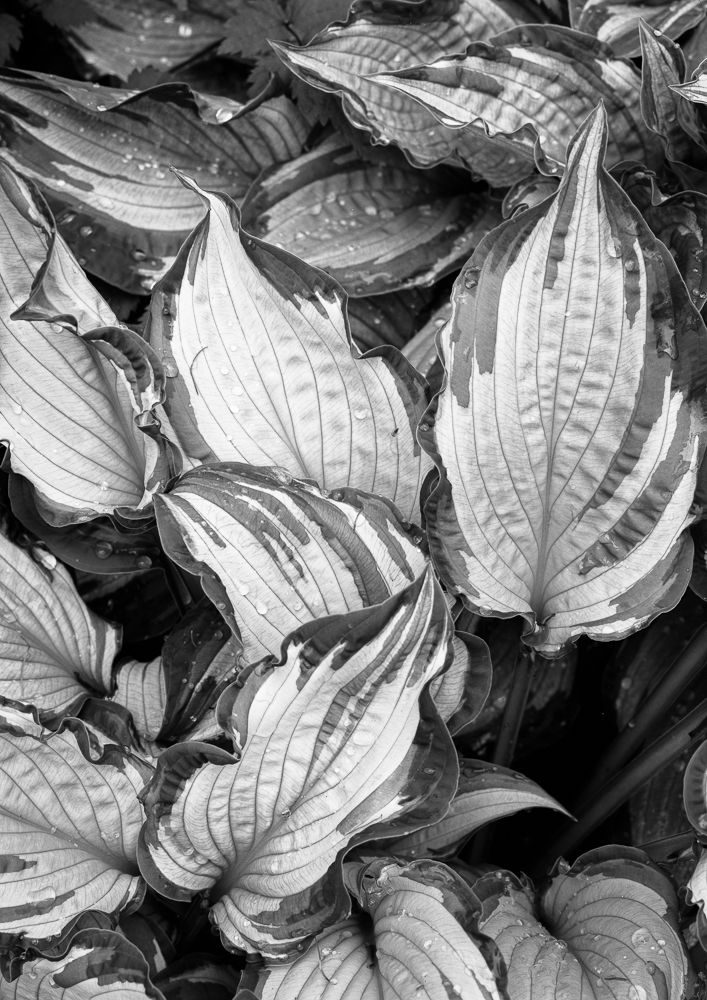 My bellows were sagging causing the bottom of the image darkening. 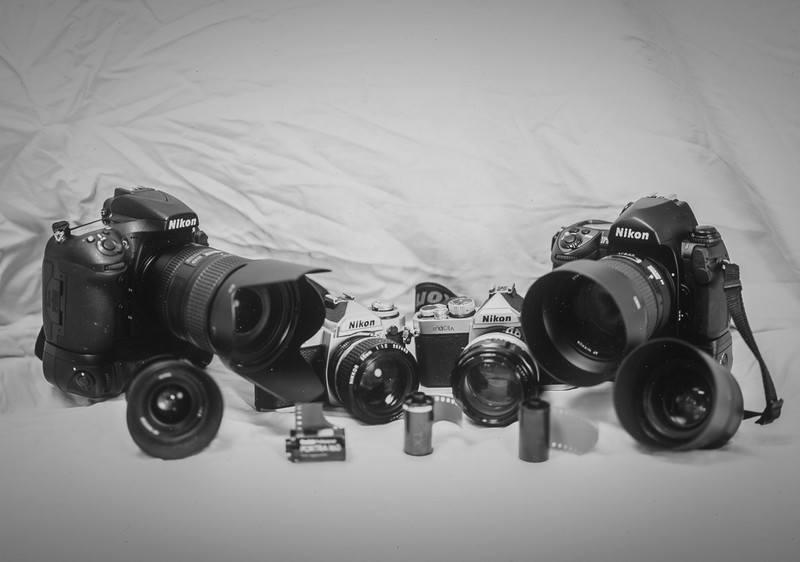 Mr. Joe Haldeman, science fiction writer. A Grandmaster of SF, a title bestowed by other writers in SFWA. Part of the "Worldbuilders of SF&F" project

I just read "The Forever War" about a year ago. Nice to see him.
R 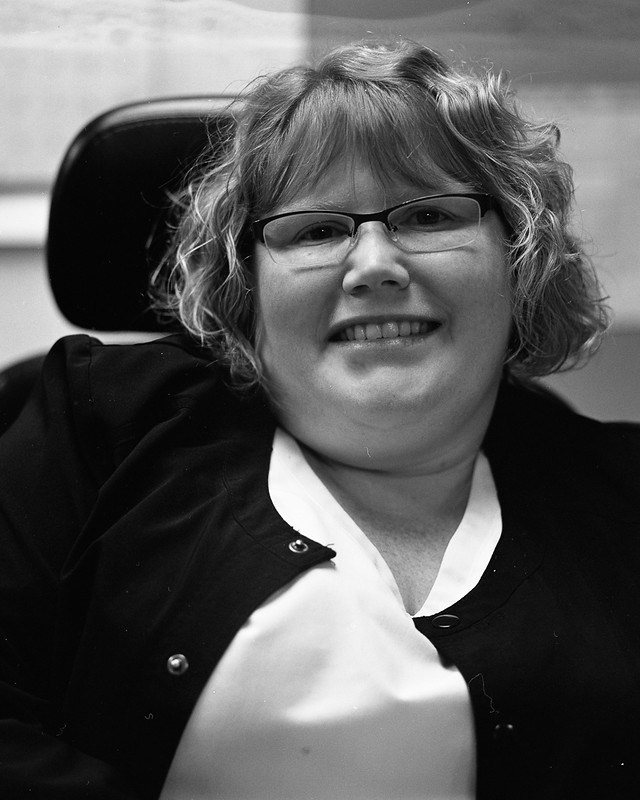 With my 4x5 on the tripod which I carried on my shoulder, I was strolling around this huge hall full of Science Fiction and Fantasy writers doing mass autograph, just to see if there were any photo opportunities. I set up the camera and halfheartedly did a wide shot. Then I heard a voice said, "Why don't you take a picture of me?"

After some introduction and pleasantries, I took this photo of Ms. Cynthia Felice. She is rather proud of her golden hat. The room is reasonable dark and I asked if she could hold for a 1/4 second, and she said with a twinkle in her eyes, "but why, of course" 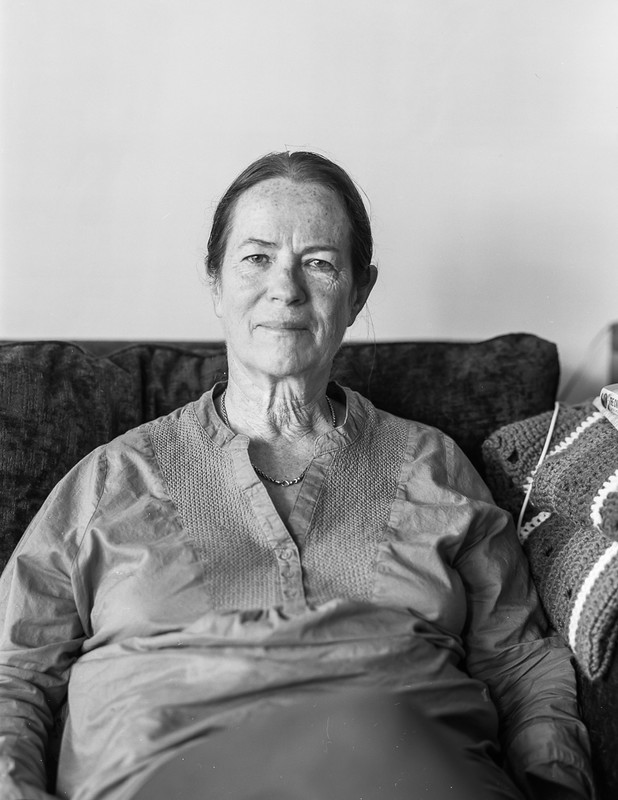 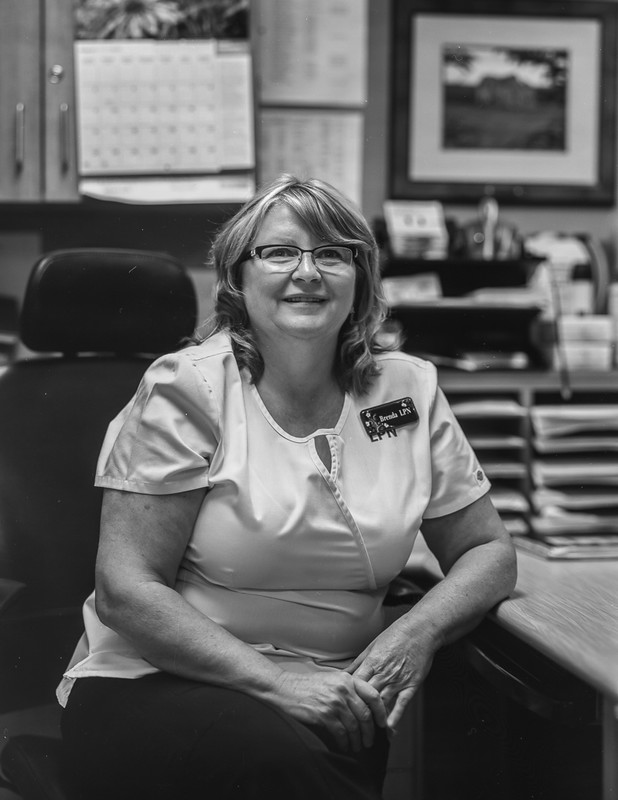 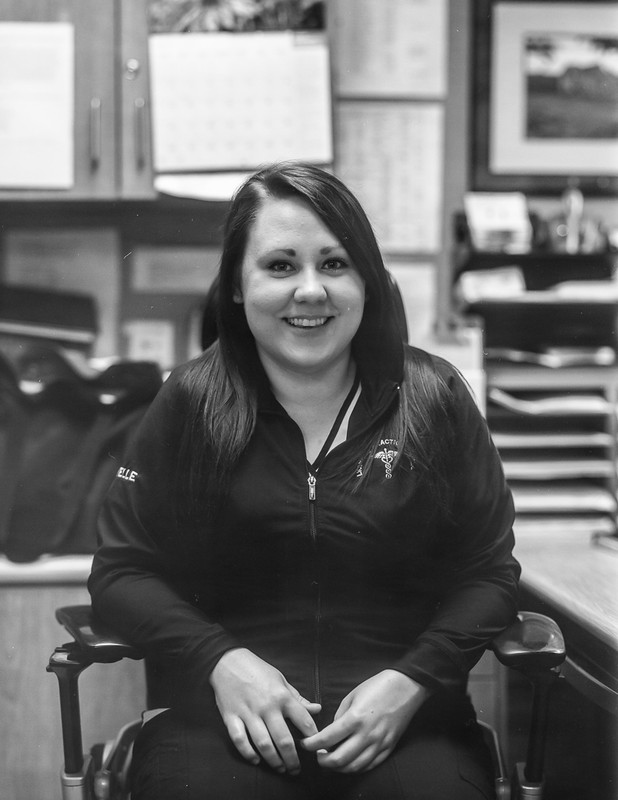 Alright, I am starting off August with a photo not from my projects - my niece is getting engaged and after I took a few usual engagement photos, I took a couple unconventional ones...

Oh, I got a HTML5 Gallery plugin and now I can make web galleries for my 4x5 portraiture projects easily!

Now they should work on any devices, including the iStuff! 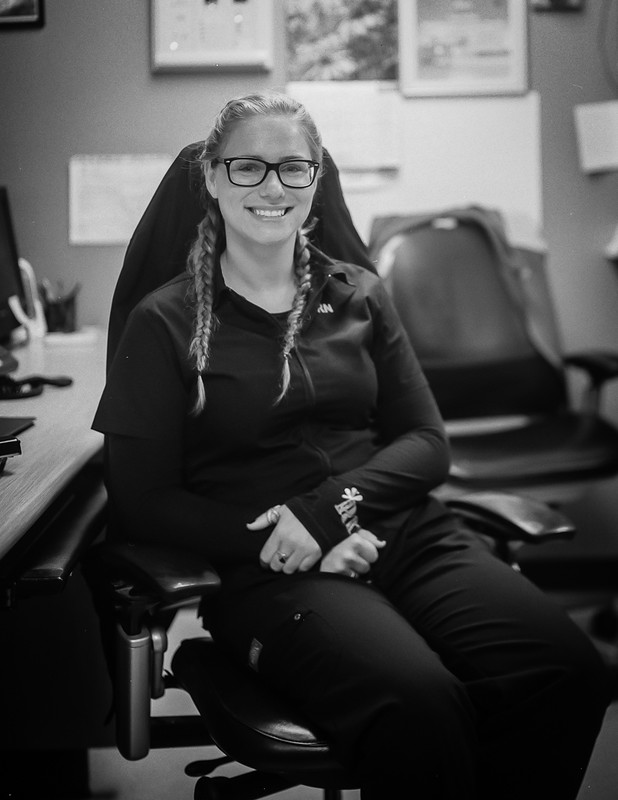 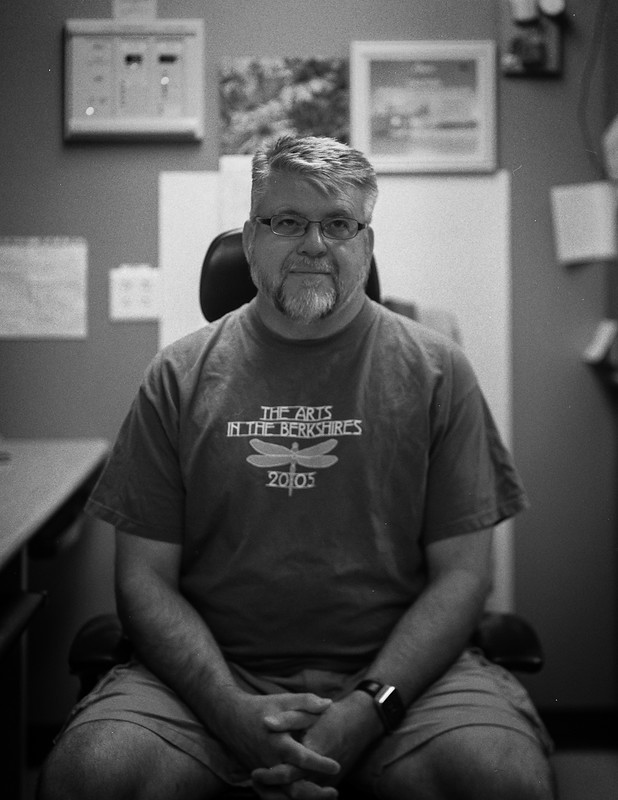 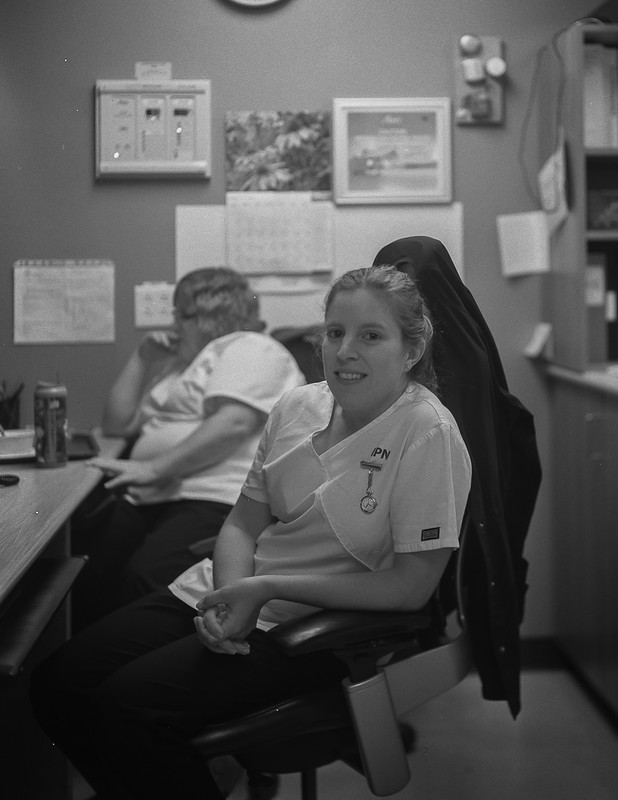 Ted Williams and Arthur Griffin met in 1939; Ted was about to seize the role of Rookie of the Year, and Eastman Kodak wanted Griffin to test its new color film. Griffin was at Fenway Park with his usual assortment of equipment, working on a story, in black and white, for the Boston Globe. He also carried with him his 4˝ x 5˝ view camera and Kodak’s new color film made specifically for these view cameras.

Their careers rising simultaneously, these two men connected that historic day when Williams eagerly posed for two hours. The resulting photos, the first color images ever taken of Williams, provide a unique and exceptional collection of photographs of Williams early in his career.

At age 19, Ted Williams was not yet soured by carping sports columnists or feuds with management and fans, so he gladly agreed to pose. Griffin experimented for himself and Kodak that summer day; the color film was slow and not good for action shots, but Williams, exhibiting his batting stance and swing, was so engaging a figure that Griffin was determined to catch him.

At the time, the Globe printed only in black and white, and Griffin filed away the striking color photographs of “The Splendid Splinter.” By the time color photography became more widely used in the press, Williams’ amiability had diminished, and he had no time to pose for new photographs. This undeveloped film of Williams was discovered 50 years later, and the images are now part of his and Griffin’s legacies in both baseball and photographic history.

Arthur Griffin was a pioneer in the use of both color film and the 35-millimeter camera and published six books. Considered New England’s “photographer laureate,” he spent 60 years as a photographic journalist on assignments that took him around the world and into the company of the renowned.

This collection of photographs of Ted Williams made on that fateful day in 1939 is a unique tribute to this late baseball legend and has been widely praised as some of the finest baseball photographs taken. The images represent not only baseball history but also photographic history. It’s a great story and one that needs to be shared with the public. 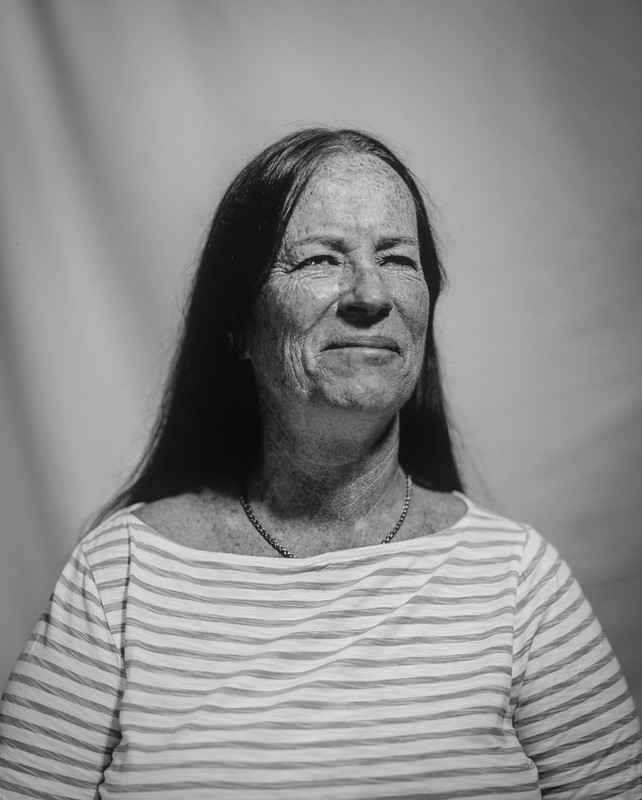 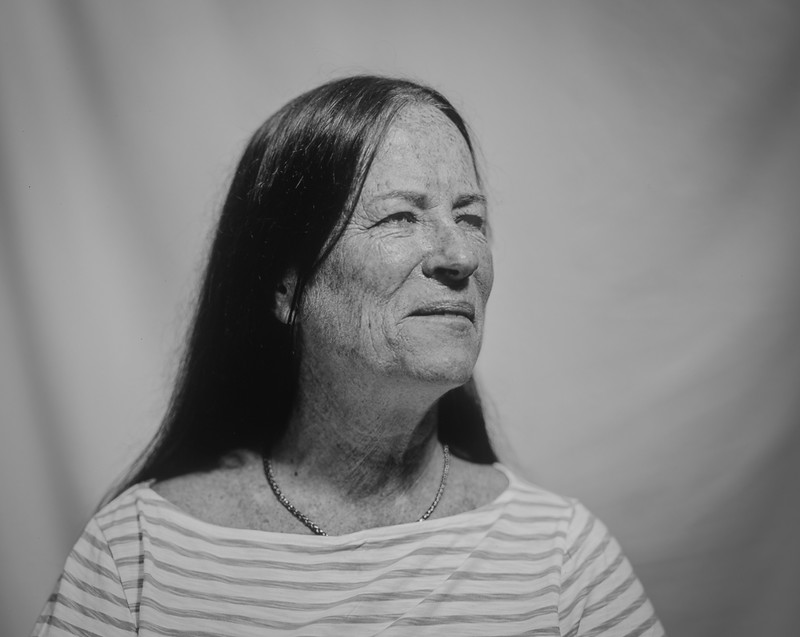 I decided to do some 4x5 today, but lacked a model so I ended up using a tape measure and some guesswork to do a self-portrait. As I was developing a pair of negatives, our member of parliament (we have a federal election next month) knocked on the door. I knew him long before he first was elected, so I invited him into the darkroom and he watched while his handlers fumed outside. He stayed to see the negatives come out of the tank, and that might just have been the best part of his day (he does 200 doorsteps a day at 2 minutes each!) 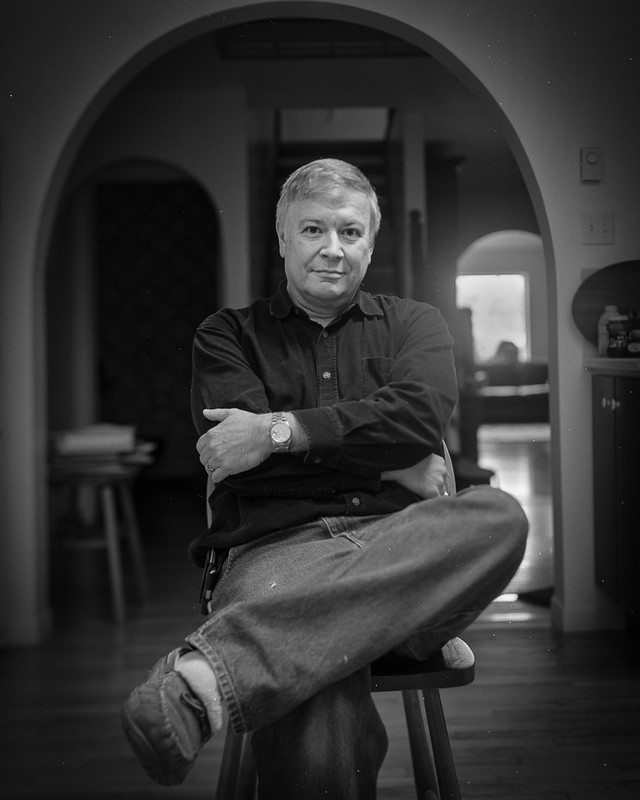 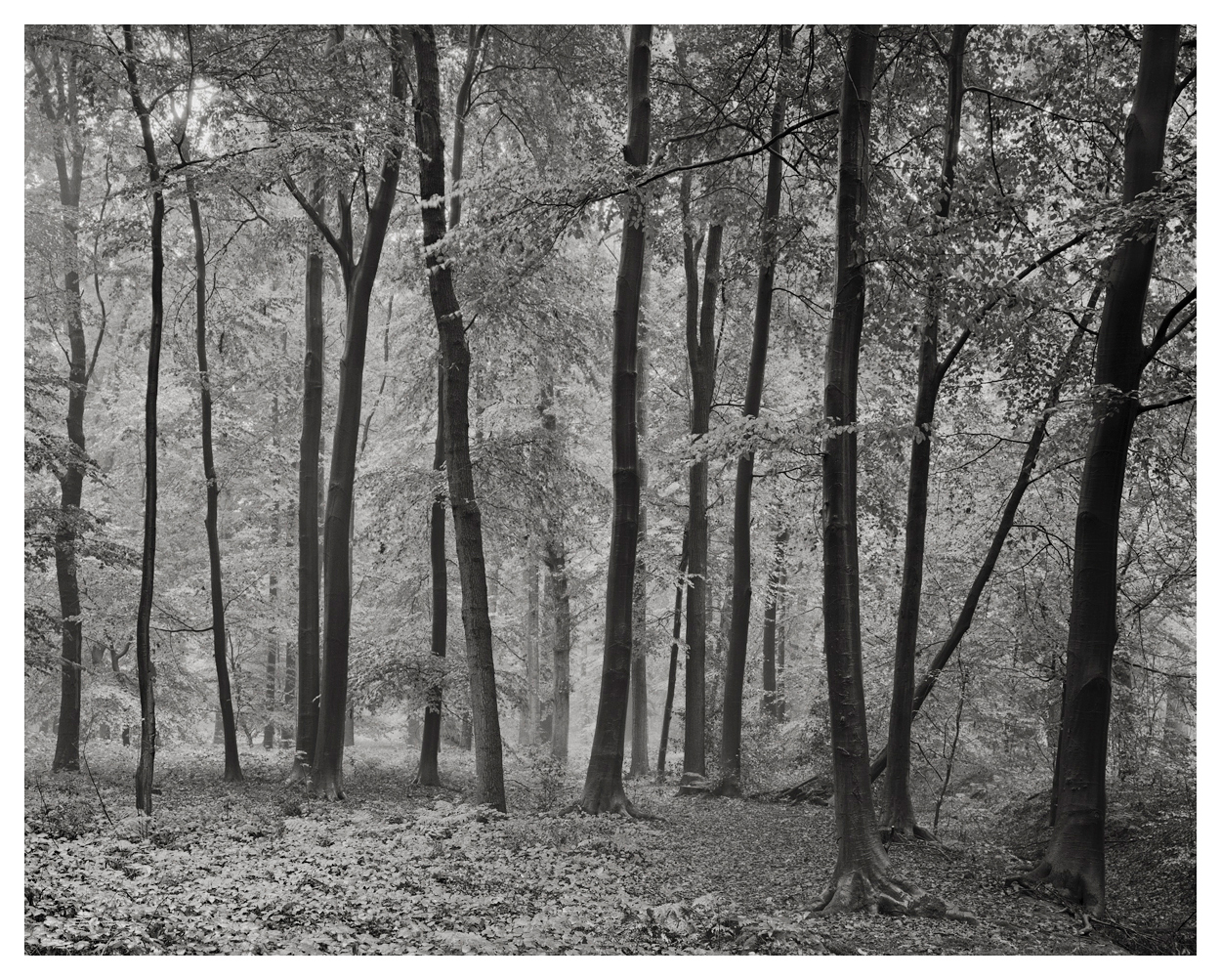 Come on people, don't be shy or this thread will die. 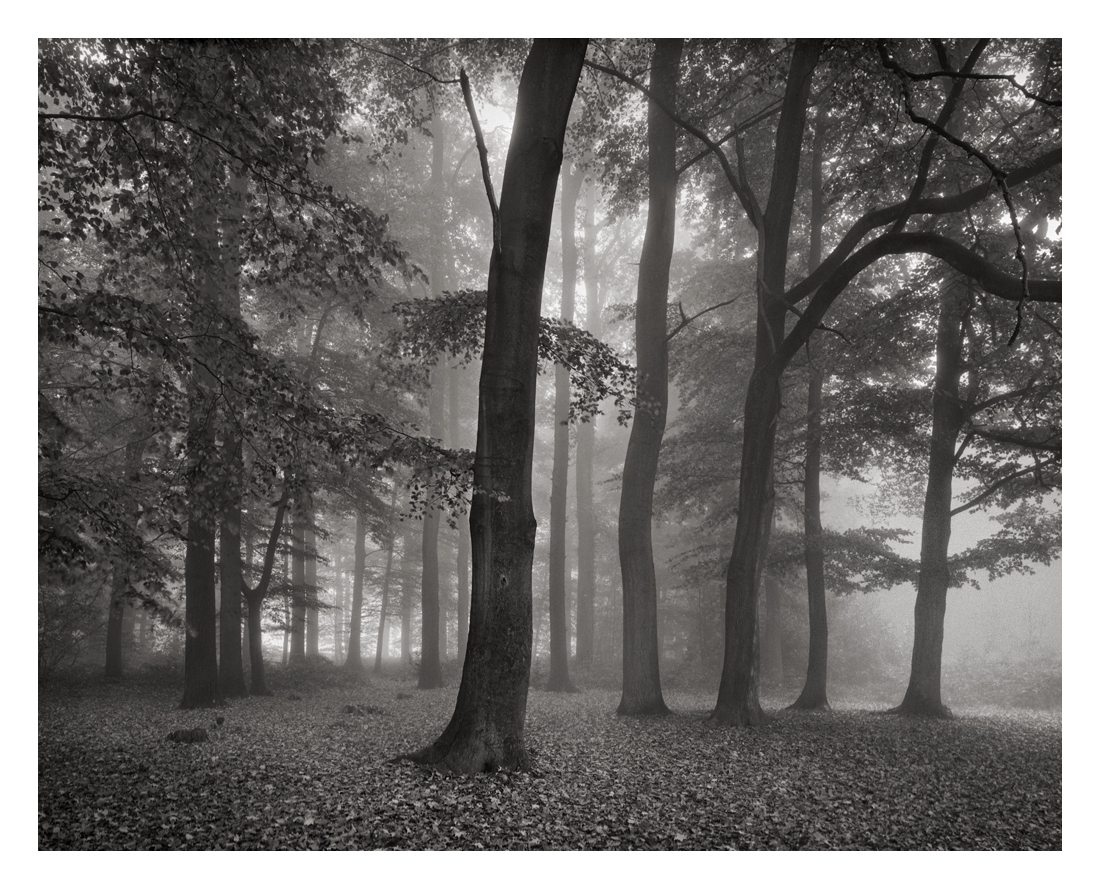 It's been at least 5 years since I pulled one of my large format cameras out of the closet. A few of my friends asked me to show them the basics of how these cameras work. None had ever had their hands on a view camera. I guess it's like riding a bicycle....I had a few wobbles, but we did mange to get a few decent shots. We experimented with forward lens tilt to dramatically change the plane of focus on the two "mug shots". Then a straight forward table top shot.

I had the film processed by a local custom photo lab (Kellers) here in Anchorage. I was glad to know they still process 4x5 film....but only B&W.

The scan? Didn't feel like firing up my Epson V750, so while I was looking at the negatives on the light table with the Mamiya 3x 6x7 loupe (I absolutely love this loupe), I just pointed my iPhone 6 thru it and took the pics. A few quick adjustments in PS and here you have it....good enough for Letter size prints, which don't look too bad. 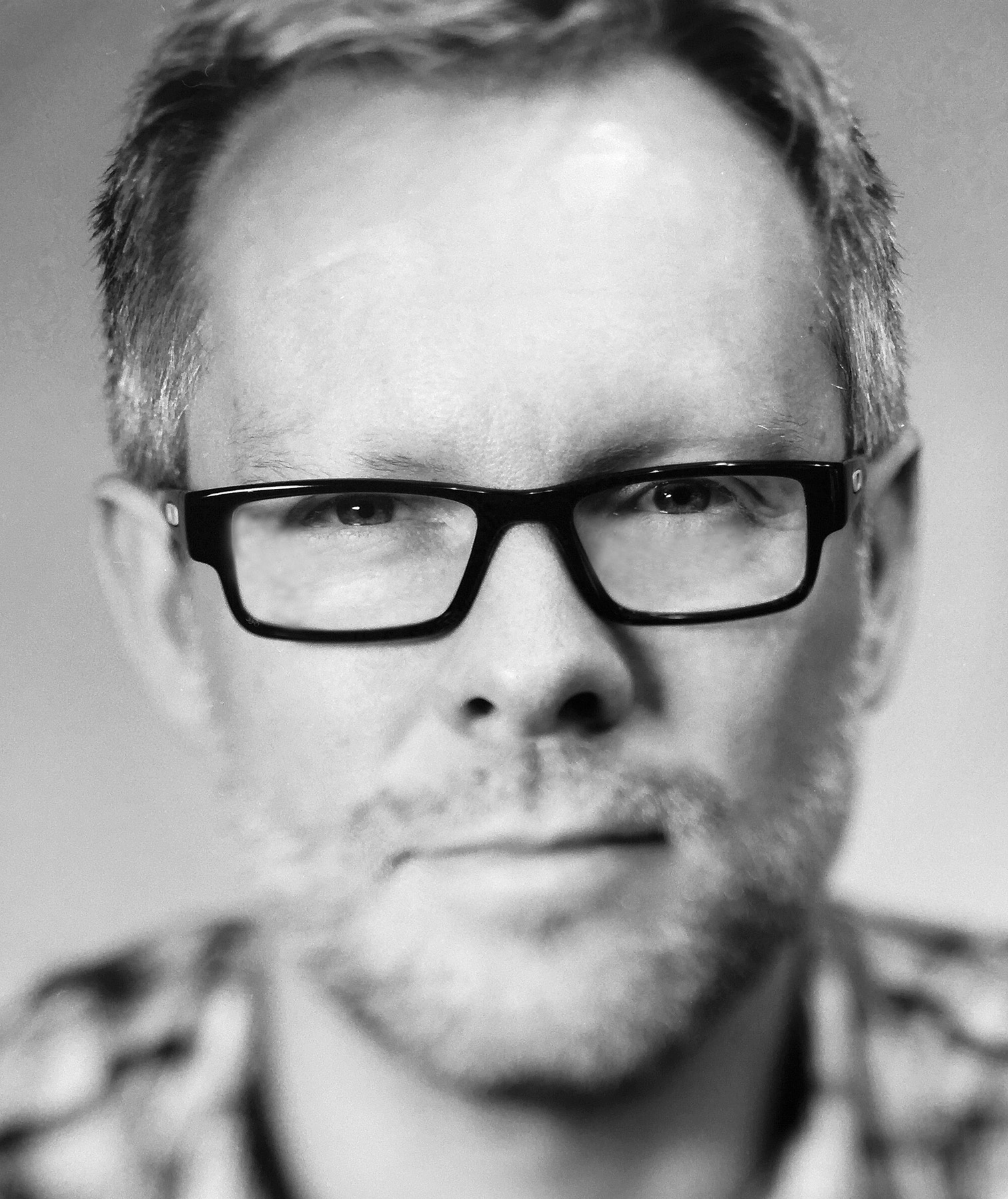 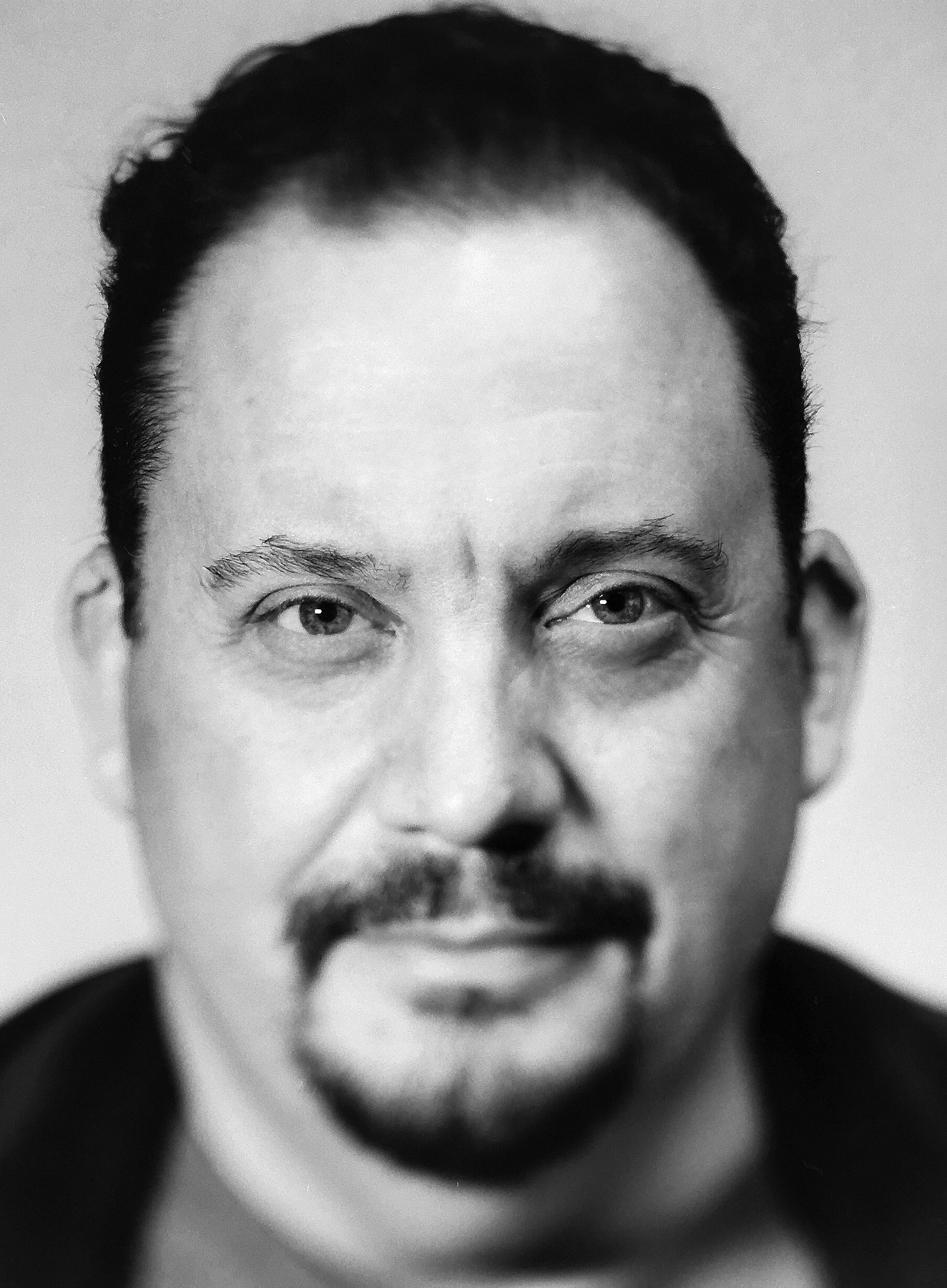 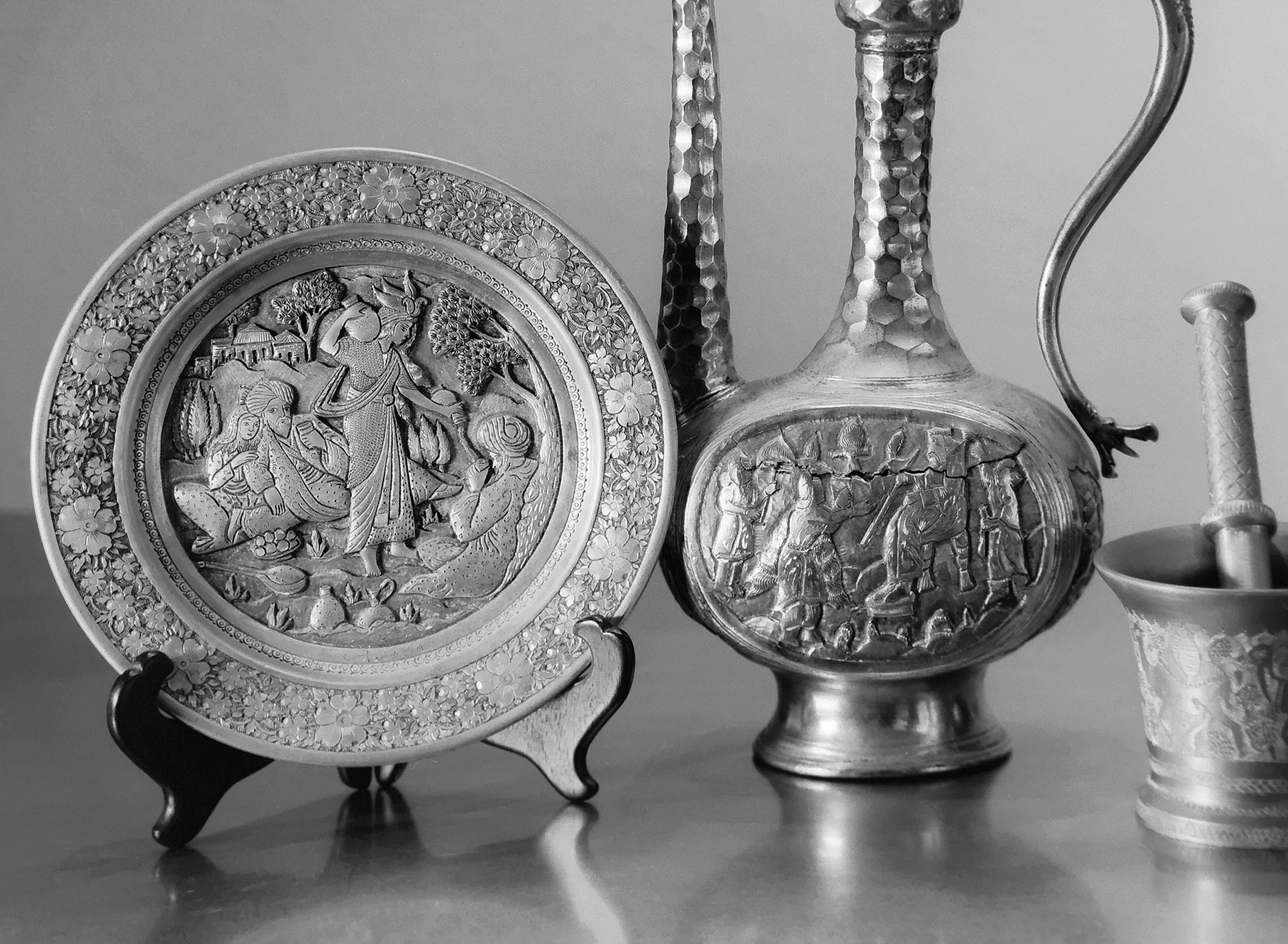 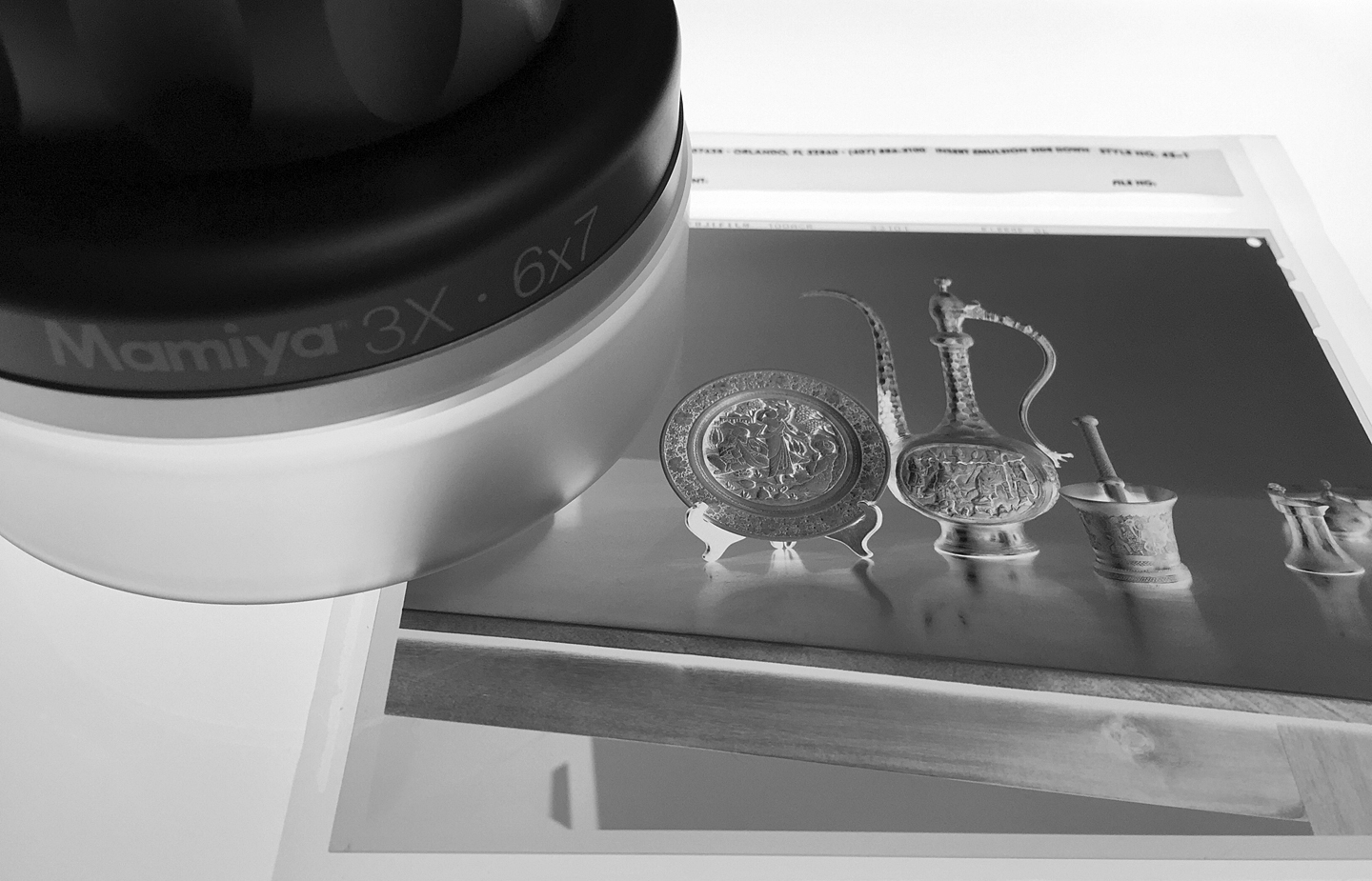 An experiment with pre-flashing the paper by making an exposure (1/4 the 'taking' exposure) with a piece of plain paper in front of the lens. 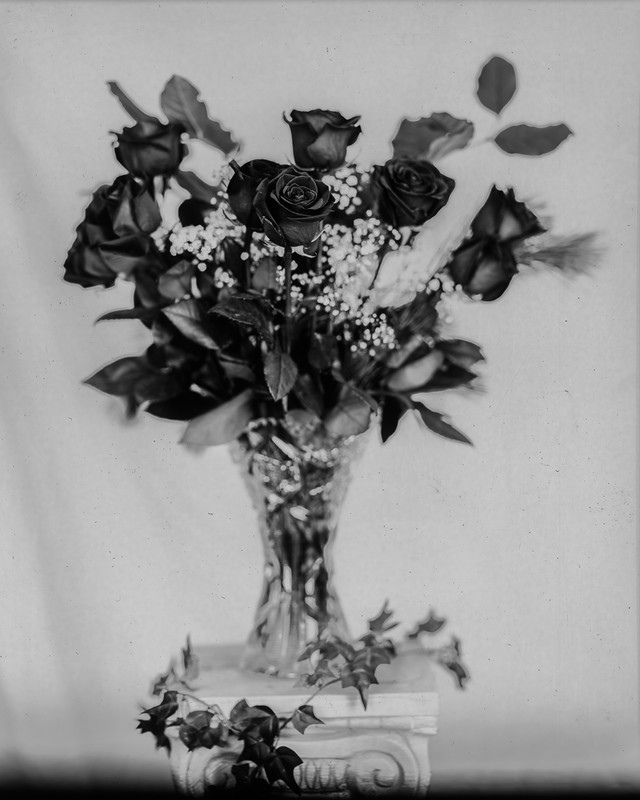 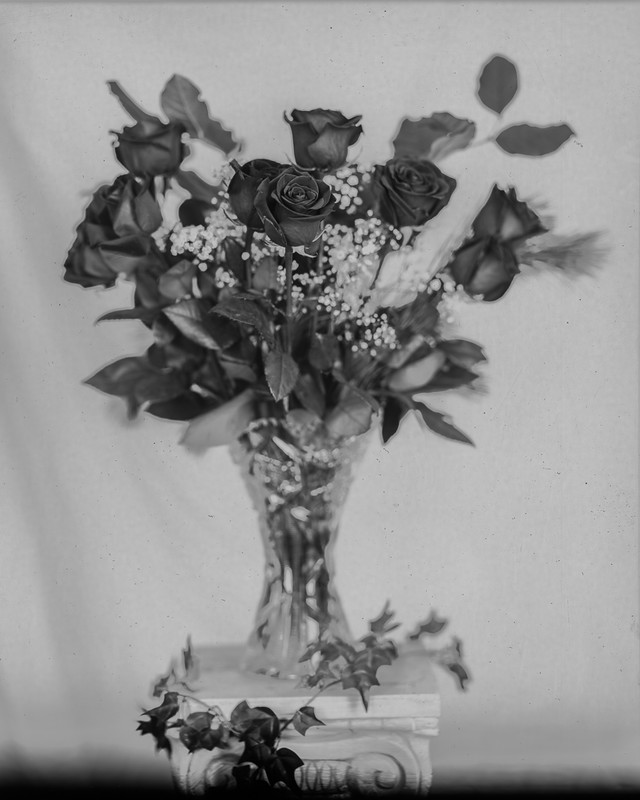 These were actually the 5th and 6th exposures I took. The first four were attempts at guessing the exposure, using two CFT lights and one strobe. I ended up taking these two with eight exposures of one second, and during each one second exposure the flash fired twice! Obviously my guess at rating this paper at ISO12 was, umm, inaccurate, as my flash meter had indicated that a single one second exposure would do it.