Staff member
I started with a single 120 GB XQD card for my Z7 during my trial adoption phase and it's been perfectly adequate. But that trial period is over and it's time to add a second camera body, which in turn means it's time to fill out a proper set of cards -- probably at least 4 to 6 total. The current price difference is not relevant to my decision, but the cost of changeover, overall performance and potentially future proofing is. Anyway, logic dictates CFex is the future, and so that's what I should invest in going forward. However that path gets complicated by the fact I'd need to also buy [email protected] CFex readers (one for my desktop and one for laptop/travel) when I already have [email protected] XQD readers. I do not want nor plan to mix and match, so a dual reader is not needed. So do I bite the bullet and make the move to CFex, or do I just continue along (at least for the time being) with XQD?

I'm going to have to look up these specs, Jack! I felt like I was reading a NASA document that I hadn't studied up on the acronyms for... LOL!

My suggestion is to go with CFexpress for the future. However, see comment at the end.

The cameras released for XQD (Z6/7, D850, ...) will not benefit from CFexpress, and in some cases they would actually write slower due to software emulation instead of hardware circuitry. Card readers will import CFexpress files much faster to the computer though.

I have no experience with the D6 or Z6&7 II, which were designed from the beginning to work with CFexpress...

The trick is to chose which CFexpress manufacturer to use for best results/compatibility.
Because I wanted to ensure backward compatibility with my Sony XQD card, I bought a Sony CFexpress card & dual reader, which work very well.
I've read that not all Sandisk CFexpress cards are "created equal" - some will work well in the Zs, other not. More recently I've read about some issues with ProGrade CFexpress cards. From what I understand the CFexpress standard allows for a more loose interpretation of the requirements, and some manufacturers took advantage of that (similar to USB-C).

So IMO definitely CFexpress, but which brand? I can only vouch for Sony as of now (because it was one of the first to manufacture CFexpress, and it is the only one I researched and use).

When I got my Z7 I started directly with CFexpress and had never an issue. I would only go CFexpress in the future as these are usually cheaper and faster than XQD.

I started with Sony XQD but have now switched over to CFexpress. I'm using this Sony card: 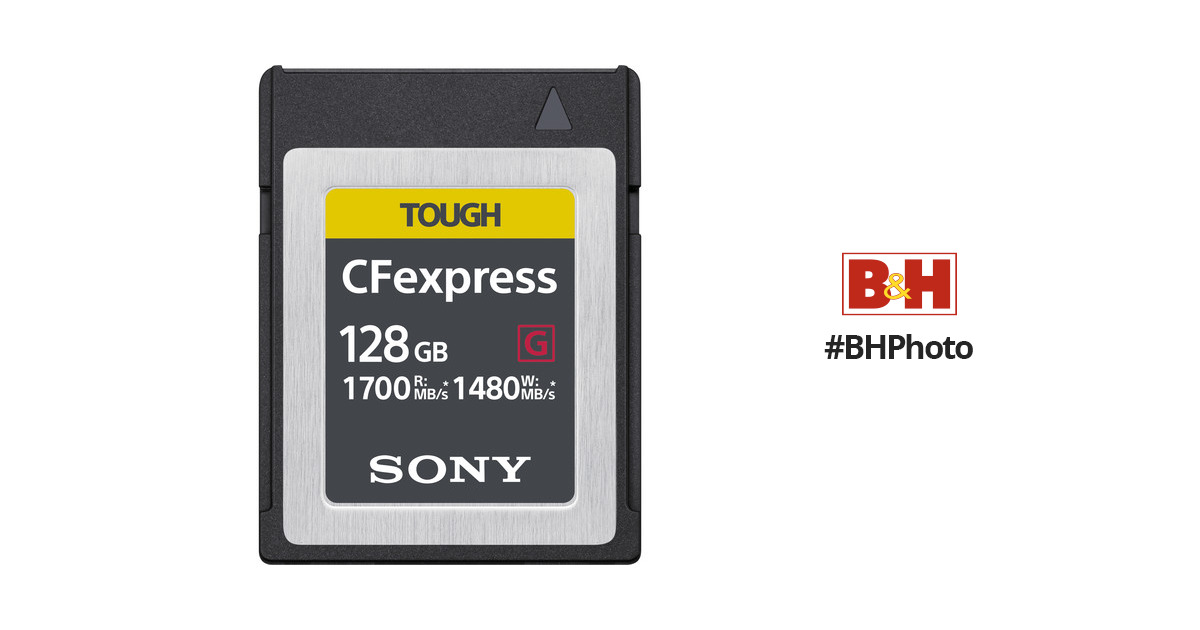 And the Sony card reader that reads either XQD or CFexpress cards: 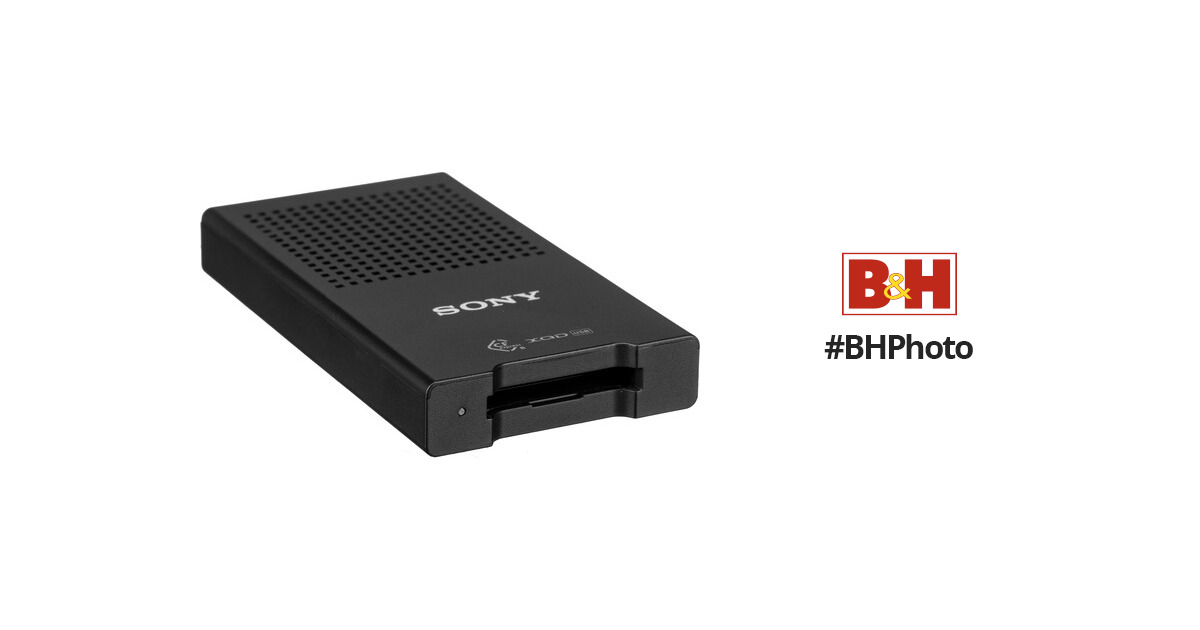 No issues with the Z7. And I also pack a USB-C cable that allows me to connect my laptop directly to the camera in case I forget the card reader. Belt and suspenders.

Staff member
@ Peter, just FYI when we started out with the Z cameras, they were not yet CFEX enabled, that came a few months later via a FW update. So us earlier adopters had to start out with XQD to use the camera. Hence my question about going forward.

@ Joe, I have [email protected] XQD readers, one is a dual with SD, so really only need a basic CFex reader. What's puzzling is while there is the dual XQD/CFex reader you link to, I cannot find any dual CFex + SD readers, which of course would be ideal for me with the Z7ii when I move to it. So ironically, at least for now having availability of XQD + SD in a reader would be more convenient than schlepping two different readers everywhere.

Jack, the Sony reader is not a "dual" reader in the sense that it only accepts one card at a time, either XQD or CFexpress. It's what you're referring to as a "basic CFex reader". It would be nice to find a reader that is truly a "dual" reader that would accept both a CFexpress card and an SD card simultaneously. Like you, I don't want to carry two readers. Hence the current alternative of the USB-C cable directly to the camera. If you find such a reader, please post a link.

Staff member
Dual is perhaps a poor word. It more accurately can read either format.

Joe Colson said:
It would be nice to find a reader that is truly a "dual" reader that would accept both a CFexpress card and an SD card simultaneously.
Click to expand...

ProGrade has one for CFexpress Type B and SDXC UHS-II: https://shop.progradedigital.com/pages/prograde-digital-dual-slot-cfexpress-sd-workflow-reader
It is not compatible with XQD.

I am using this Prograde reader - it works for both CFexpress and XQD and has Thunderbolt3 connection. I never had a problem with it!

@Jack: I am fully aware of the fact that during the first year the Z cameras only supported XQD and this was one of the reasons I waited to enter the system till they supported also CFexpress. The issue with XQD is that only Sony makes these cards - which allows them to dictate prices and hence the cards were and are still very expensive. But CFexpress is meanwhile (after around 1 year of introduction) available from many card manufacturers and hence there is competition that brings prices down. Further CFexpress are much faster than XQD which is one of its biggest benefits.

I'm fully invested in XQD cards + XQD reader. That said, I will buy a XQD/CFexpress reader as a back-up and for future proofing should I ever need to switch to new camera bodies.

The fact is though I'm delighted with my Z7 bodies and can't see any need to change anything for years to come.

Staff member
Right now, XQD and CFex are basically the same price... CFex promises better performance down the road for cameras so enabled though. I'm fine for now, bu going to need to do something when I add my second body...

Who would have thought snow could be so annoying?

Jack said:
Right now, XQD and CFex are basically the same price... CFex promises better performance down the road for cameras so enabled though. I'm fine for now, bu going to need to do something when I add my second body...
Click to expand...

I did not check prices of XQD lately, but when I bought my CFexpress cards back in spring and summer there was still reasonable steeper price for XQD than for CFexpress.

I think most new users will get the CFexpress path right now and hence they are lowering XQD prices
Last edited: Dec 15, 2020

KeithL said:
Who would have thought snow could be so annoying?

What's with the snow? Where's the option to shut it off? Sheesh!

Godfrey said:
What's with the snow? Where's the option to shut it off? Sheesh!
Click to expand...

Try the "Customize" button at the top of the page.

Staff member
It was an admin tool -- it got turned off.

Joe Colson said:
Try the "Customize" button at the top of the page.
Click to expand...

Jack said:
It was an admin tool -- it got turned off.
Click to expand...

At first I thought GetDPI had hidden itself inside a snow globe... LOL!