Mother Nature is being naughty again. 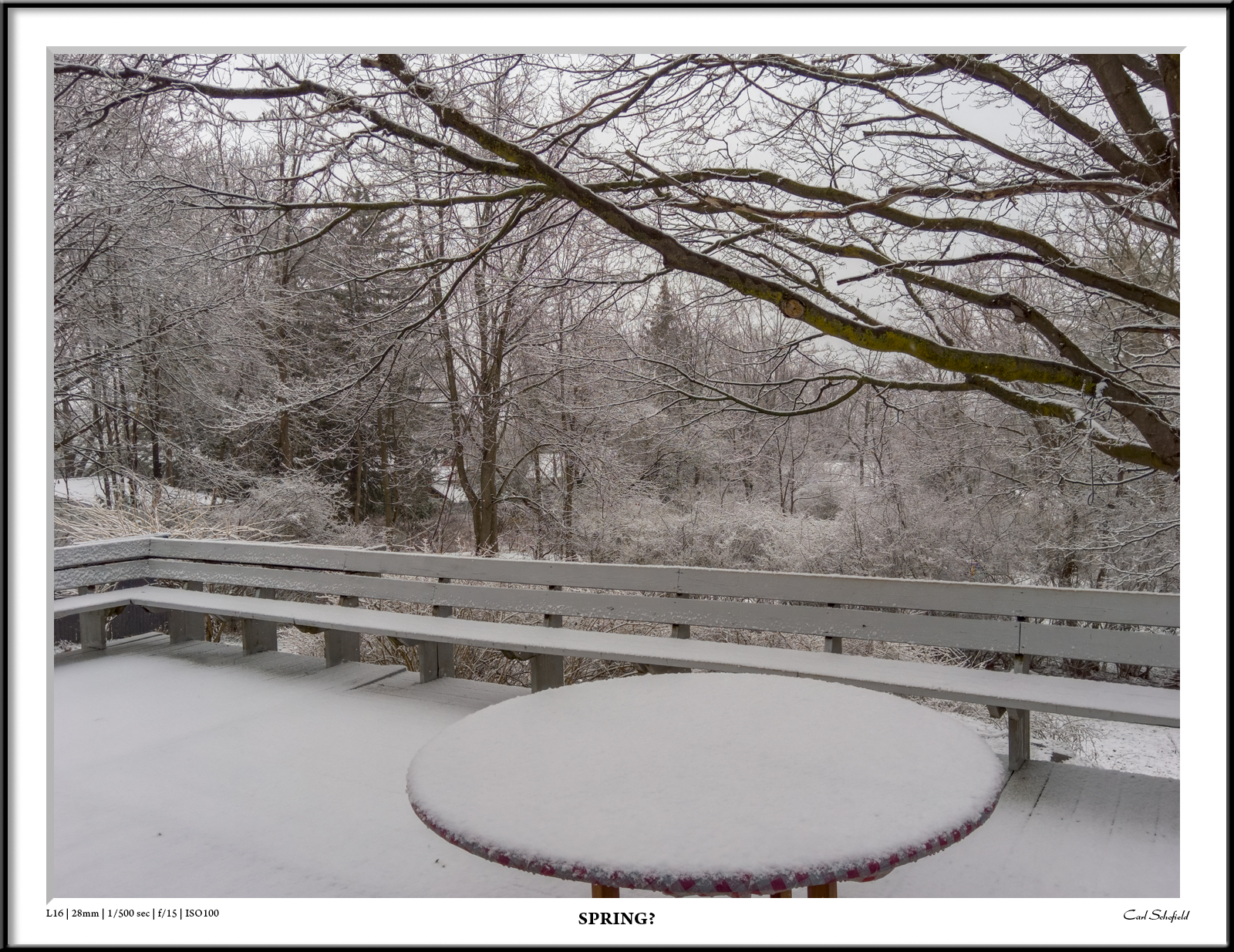 Spring finally arrived today and we broke 70 for the first time since last fall. This is Lick Brook (a land trust preserve) that has some beautiful waterfalls (up to 140 ft high) about halfway down the gorge trail. Unfortunately I can no longer navigate terrain like this due to a neurological problem in my left leg with partial muscle paralysis. 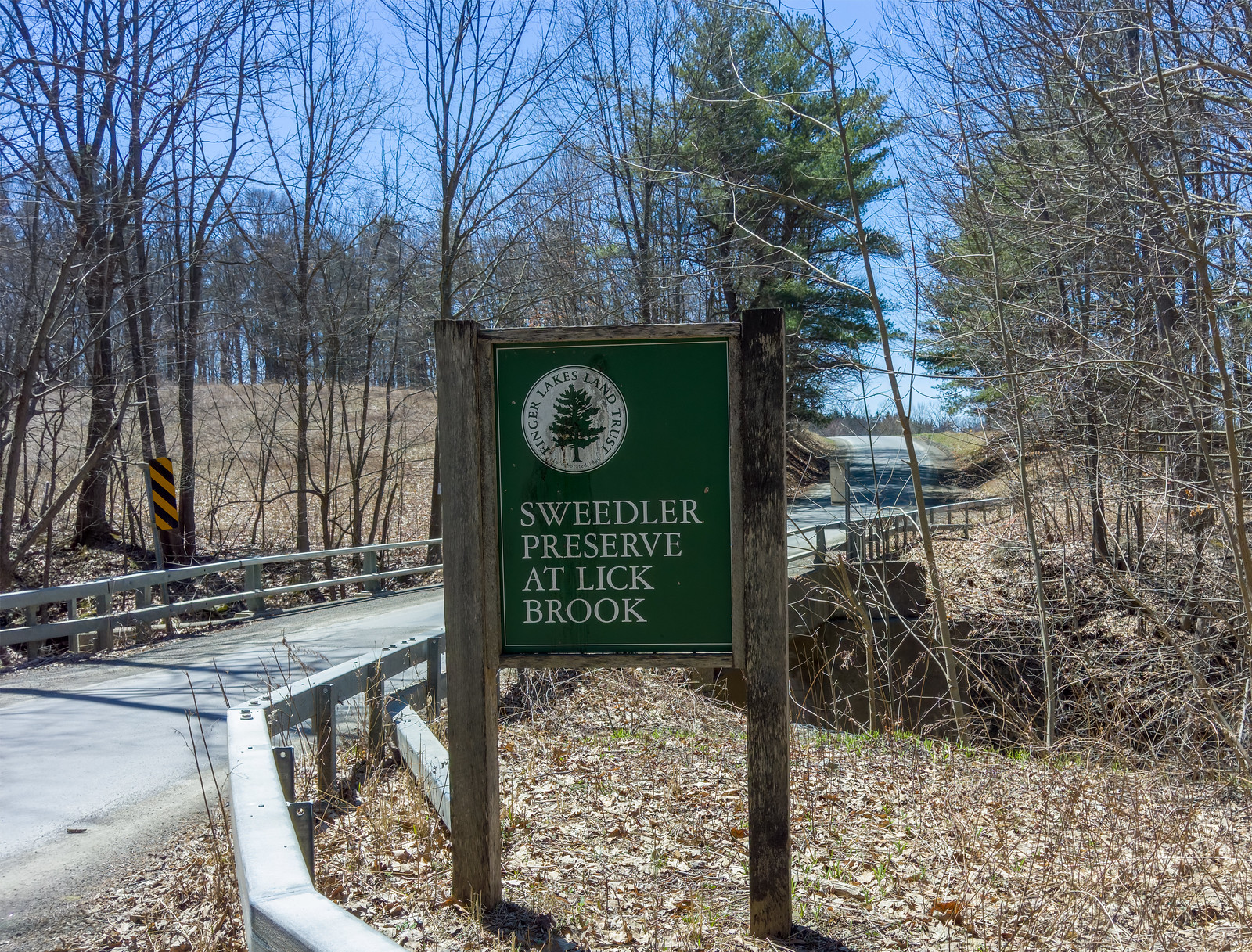 Lick Brook at start of the gorge trail. 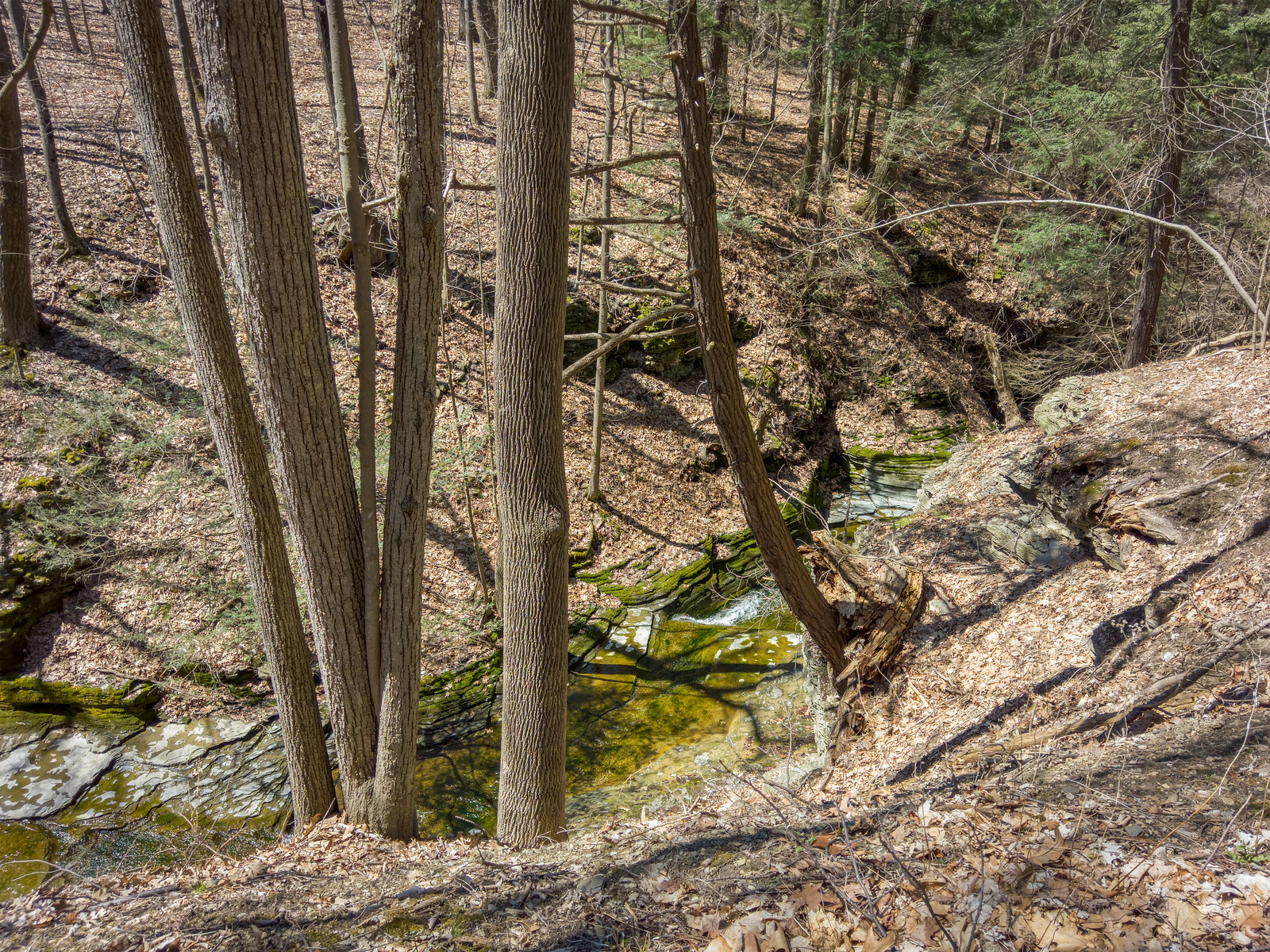 Hay bales in the fields above Lick Brook on top of the hill.

The view to Ithaca and Cayuga Lake from South Hill not far from my home. 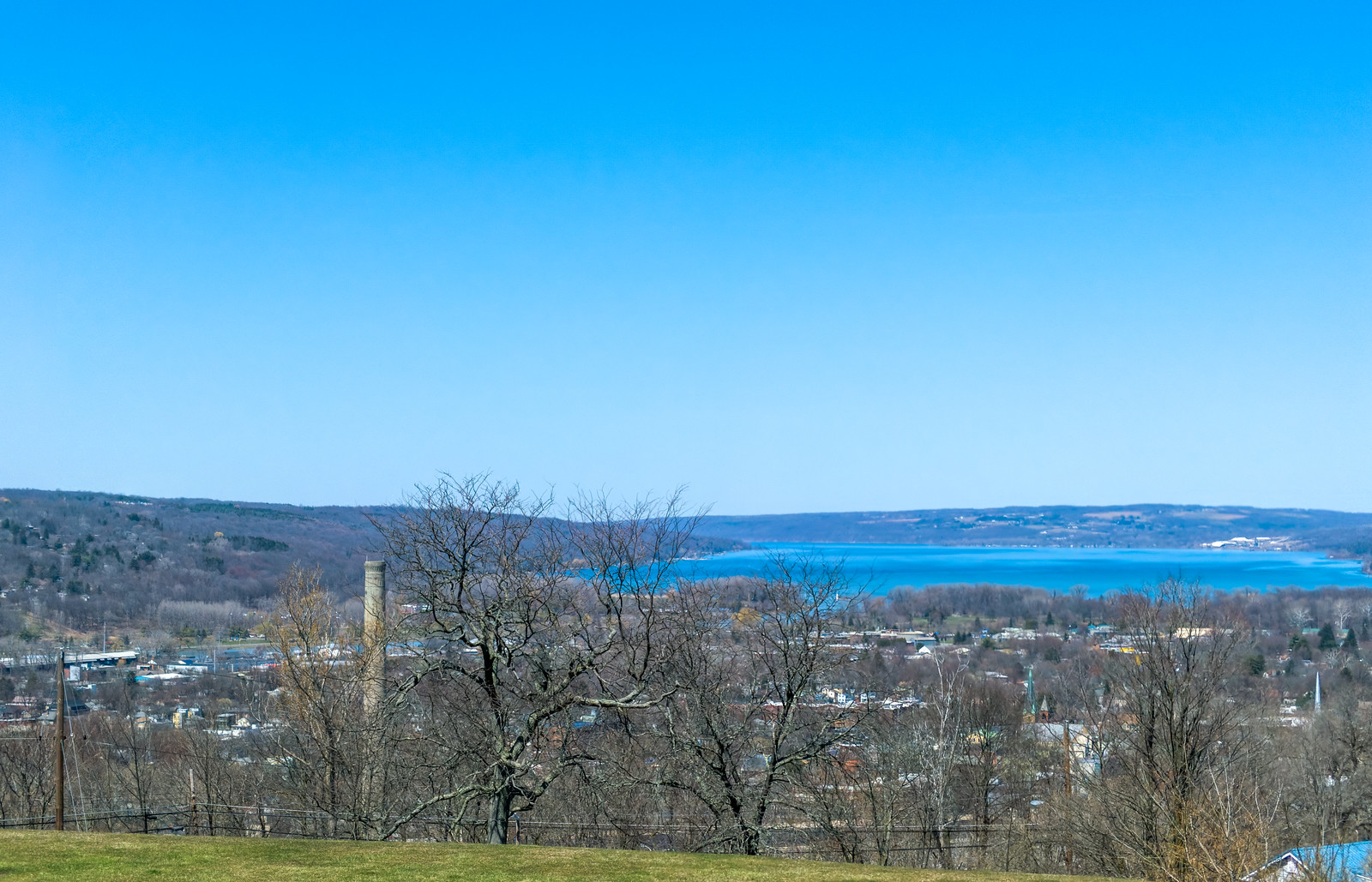 You're getting some good use out of the Light L16, Carl! Nice!

I took it as my only camera to a wedding in Texas last weekend. Just started looking at the photos ... It did a very nice job and was nicely unobtrusive to use. I'll show a couple when I finish processing them and pick something that isn't so awfully boring as "someone else's wedding" ...

An old, overgrown barn on the verge of collapse. Light L16. Click for full size. 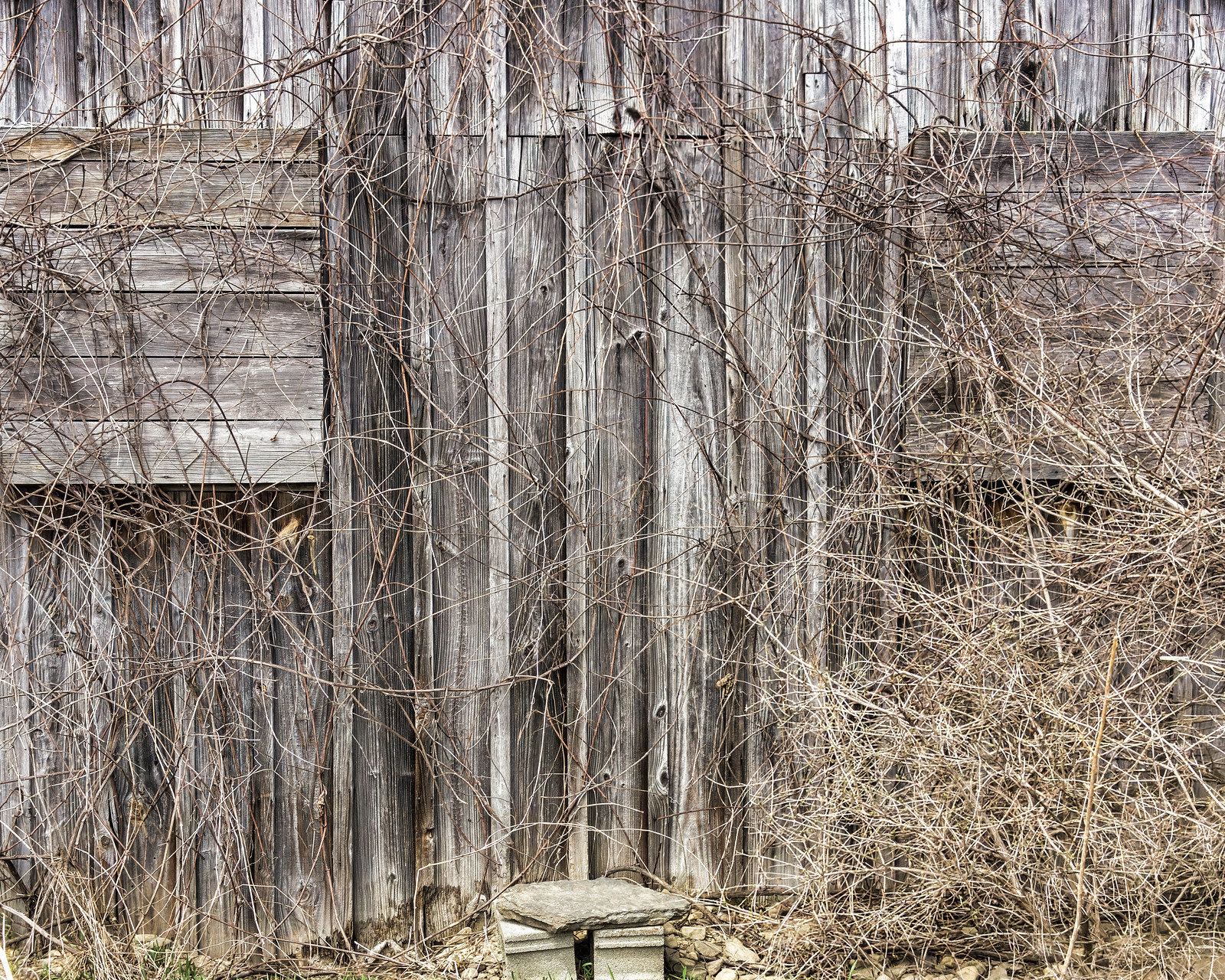 Not as much fine detail as this shot taken at the same time with a Sony a7R(m) and Contax G 45/2 Planar, but still more than enough detail to make a fine print.

Godfrey said:
You're getting some good use out of the Light L16, Carl! Nice!

I took it as my only camera to a wedding in Texas last weekend. Just started looking at the photos ... It did a very nice job and was nicely unobtrusive to use. I'll show a couple when I finish processing them and pick something that isn't so awfully boring as "someone else's wedding" ...

Thanks Godfrey. The more I use this camera the more impressed I become with the capabilities of the L16. Still can't believe that I can walk around with this little cam in a belt pouch and use it for taking medium format quality images (with care).

Thanks to Godfrey and Carl, i have been enticed into working with the Light L16:

Initial impressions:
The camera is beautifully built, and, based on some of the early reviews, the initial photos are better than I expected. Choose the photos you want to process carefully, as the files can be huge. There is a lot still to learn.

Hi Norm! It's good to have another Light user on the thread.

Frankly, I find that the reviews of the Light L16 were invariably biased in odd ways and mostly without useful content. The more I use this camera, the more respect I have for it and for the engineering and development that's going into it. It certainly isn't perfect, nor is its processing app finished yet ... but it's making some outstanding photos for me and proving to be so handy that most of my other cameras are whining about not being used lately.

—
Yesterday's bicycle ride took me up and over one of the busiest freeway interchanges in the area, the I-280 complex where the eight lanes of Interstate 280 pass under the junction of Interstate 880 and Highway 17, and all the feeder entry and exit ramps route traffic onto the freeways as well as local streets. 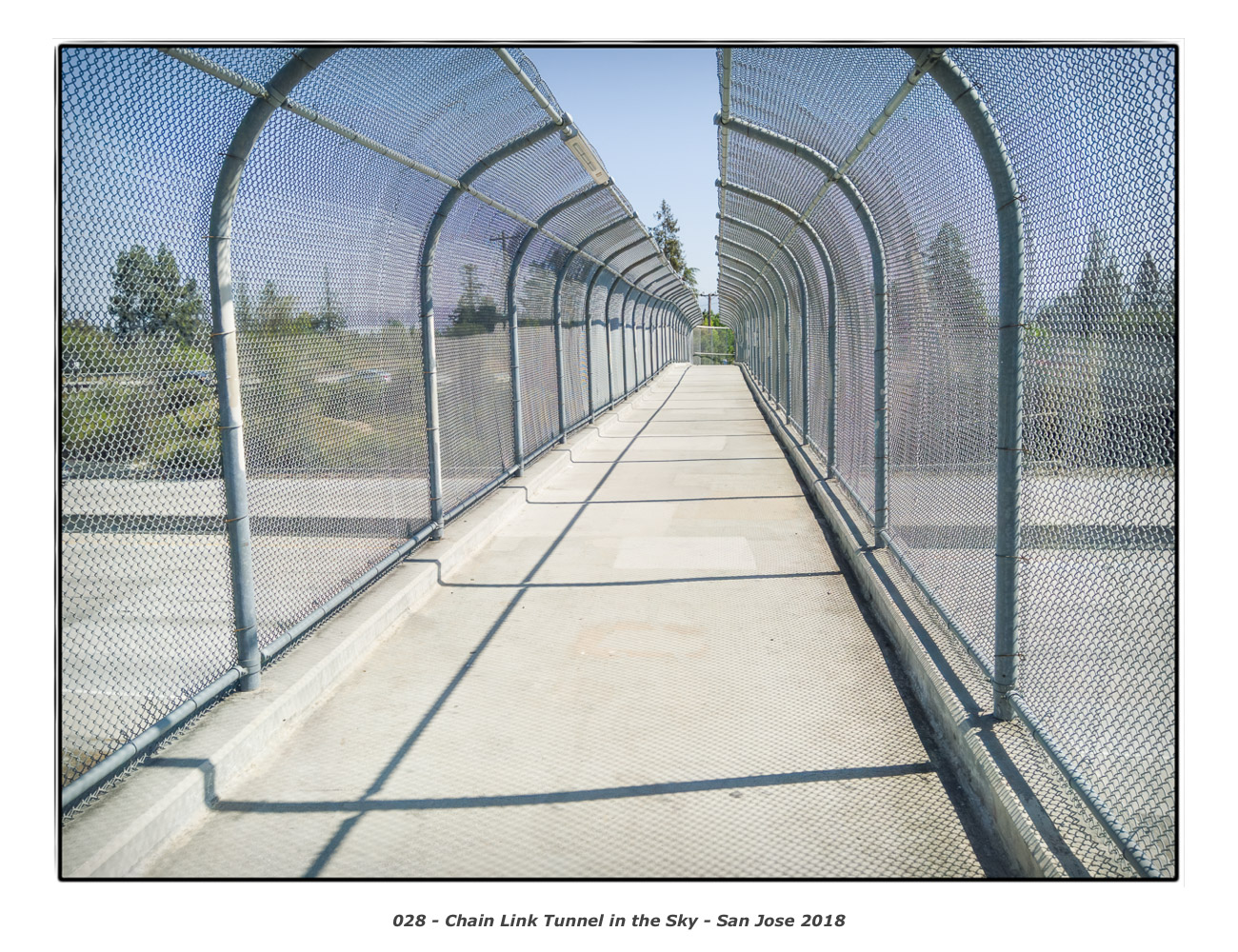 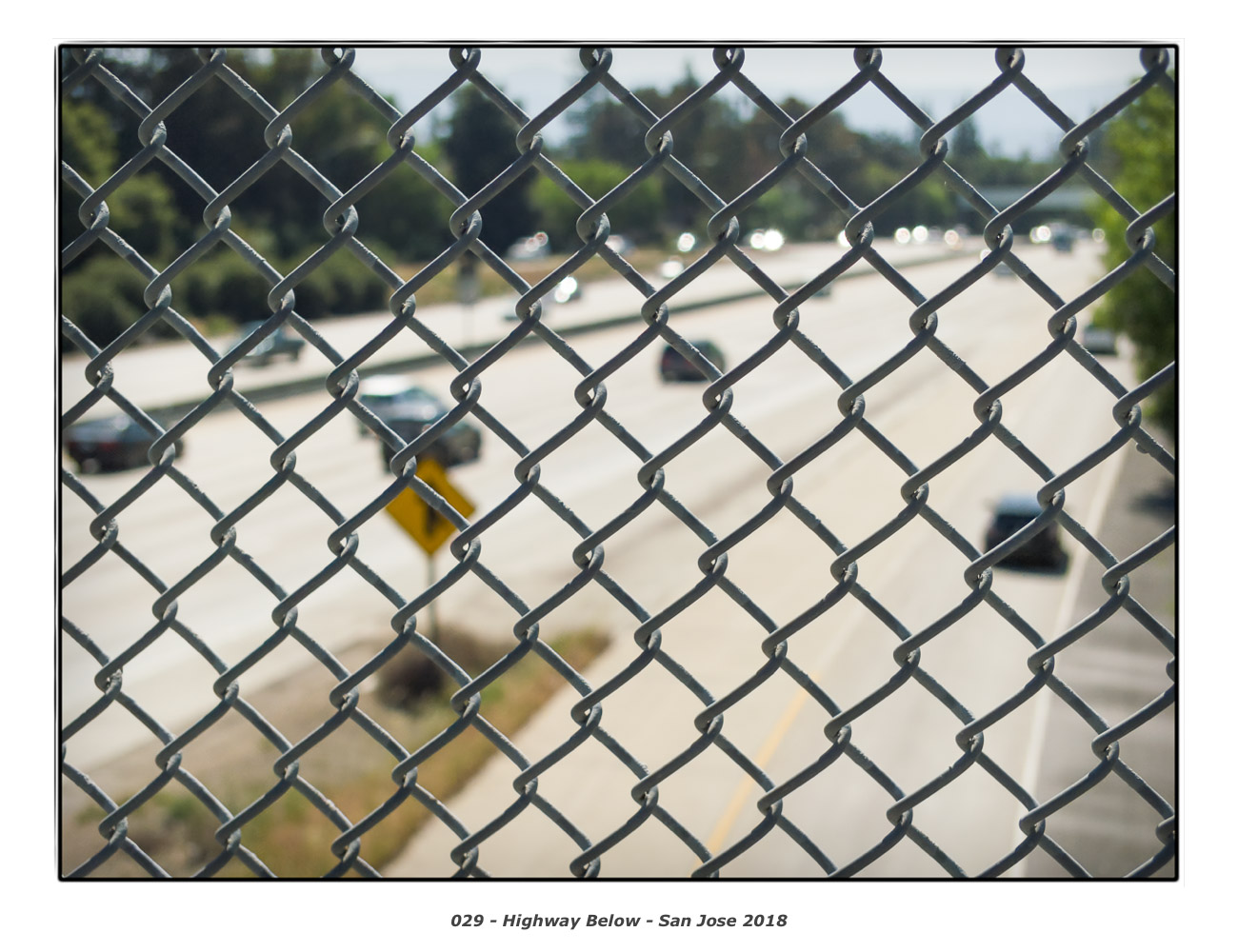 full rez: https://farm1.staticflickr.com/962/40837954795_ae0d15c6af_o.jpg
Light L16
ISO 100 @ f/15 @ 1/2700 @ 70mm​
The pedestrian/bicycle flyover I took from the north to the south side of this huge junction starts with a tight, three-story spiral ramp that ends in a bridge flying high over the lanes of traffic. This arcs across the span of half the highways below, then zigzags down and under into a tunnel to pass underneath the last two sets of ramps before letting you out onto a small path leading to the major frontage road on the south side.

It's kinda wild and fun to ride up, over, down, and through but I couldn't think of a decent way to capture it in still photos in toto. ... So the next time I ride it, I'll have my 360 action cam fitted to the bike so I can do a little movie of the transit.

A few supermarket snaps taken with the L16. 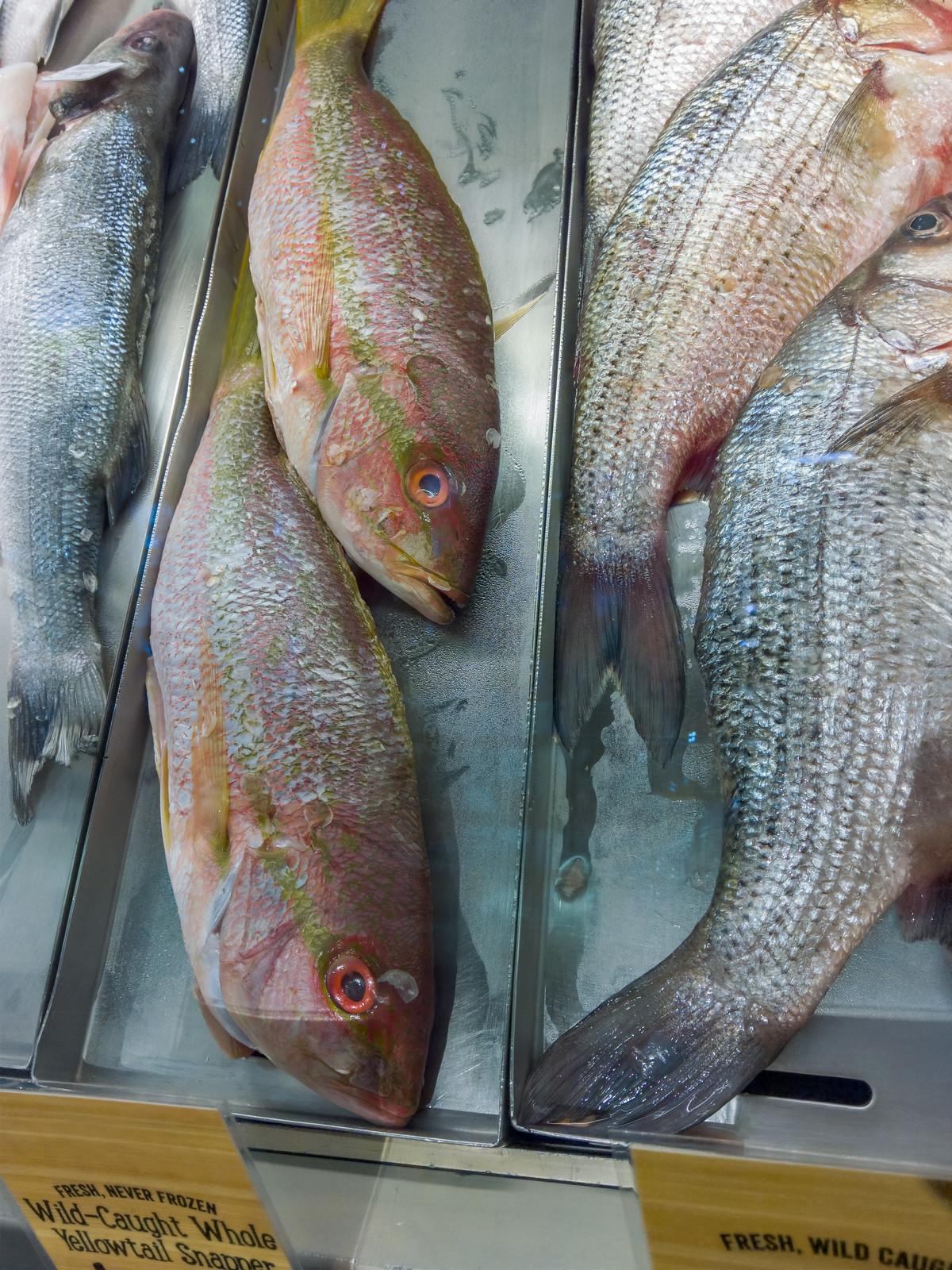 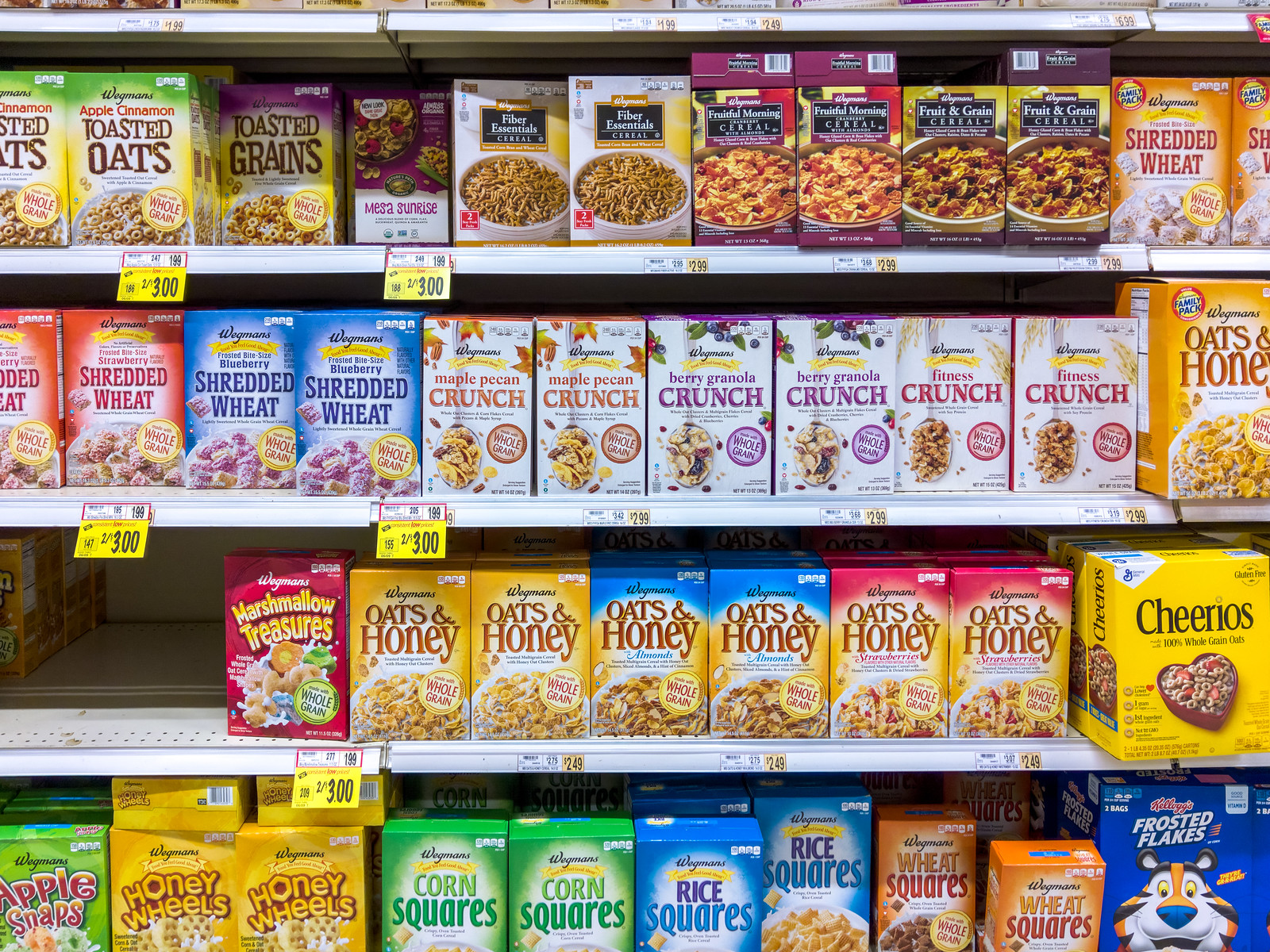 and an old classic 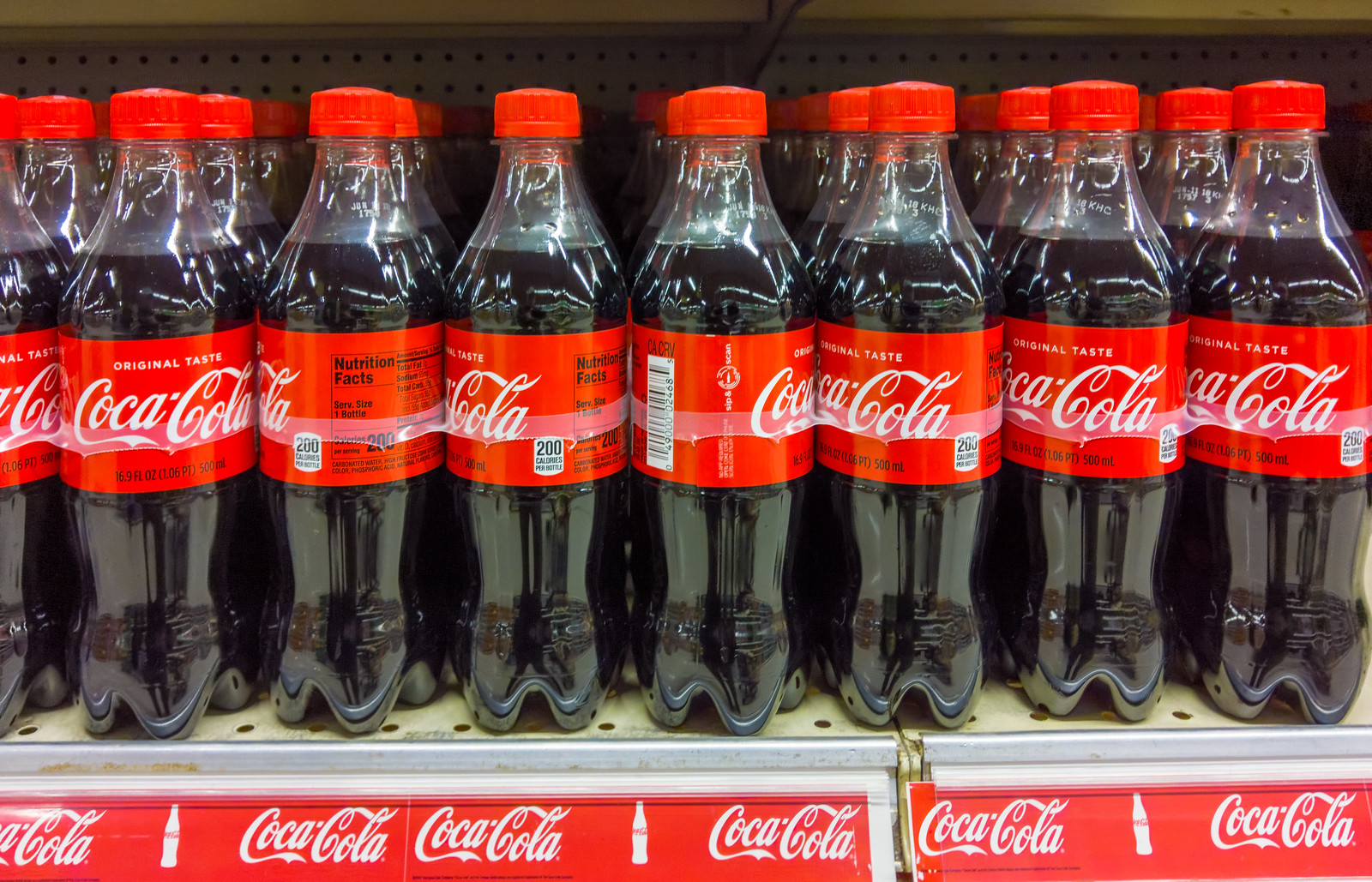 I'm now beginning to think of the camera as an artistic instrument. Focus in processing is on the young woman at the cash register.

A brief walk through the empty, cold, and damp market on Cayuga Inlet. L16 click for larger (50% of original size). 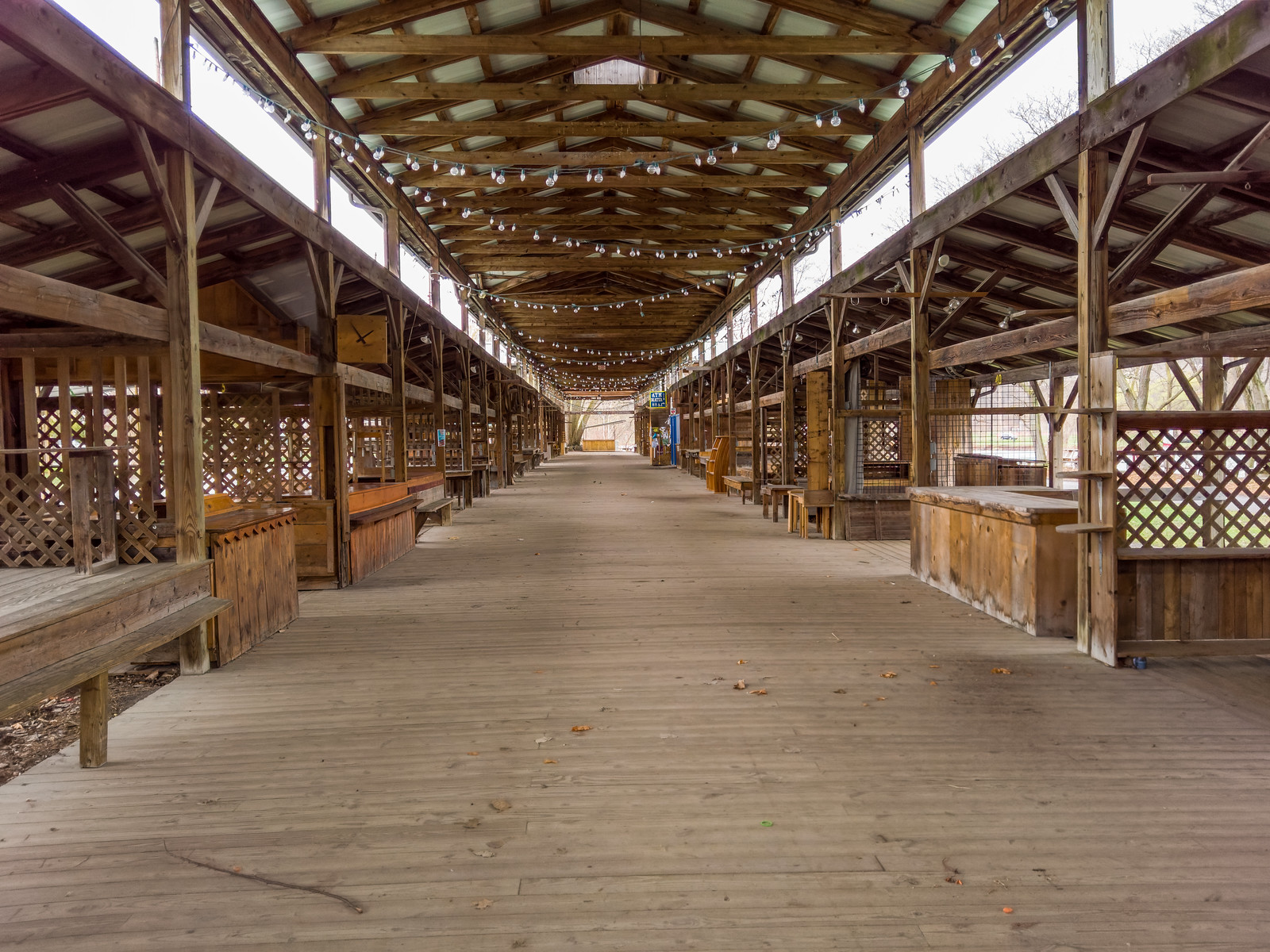 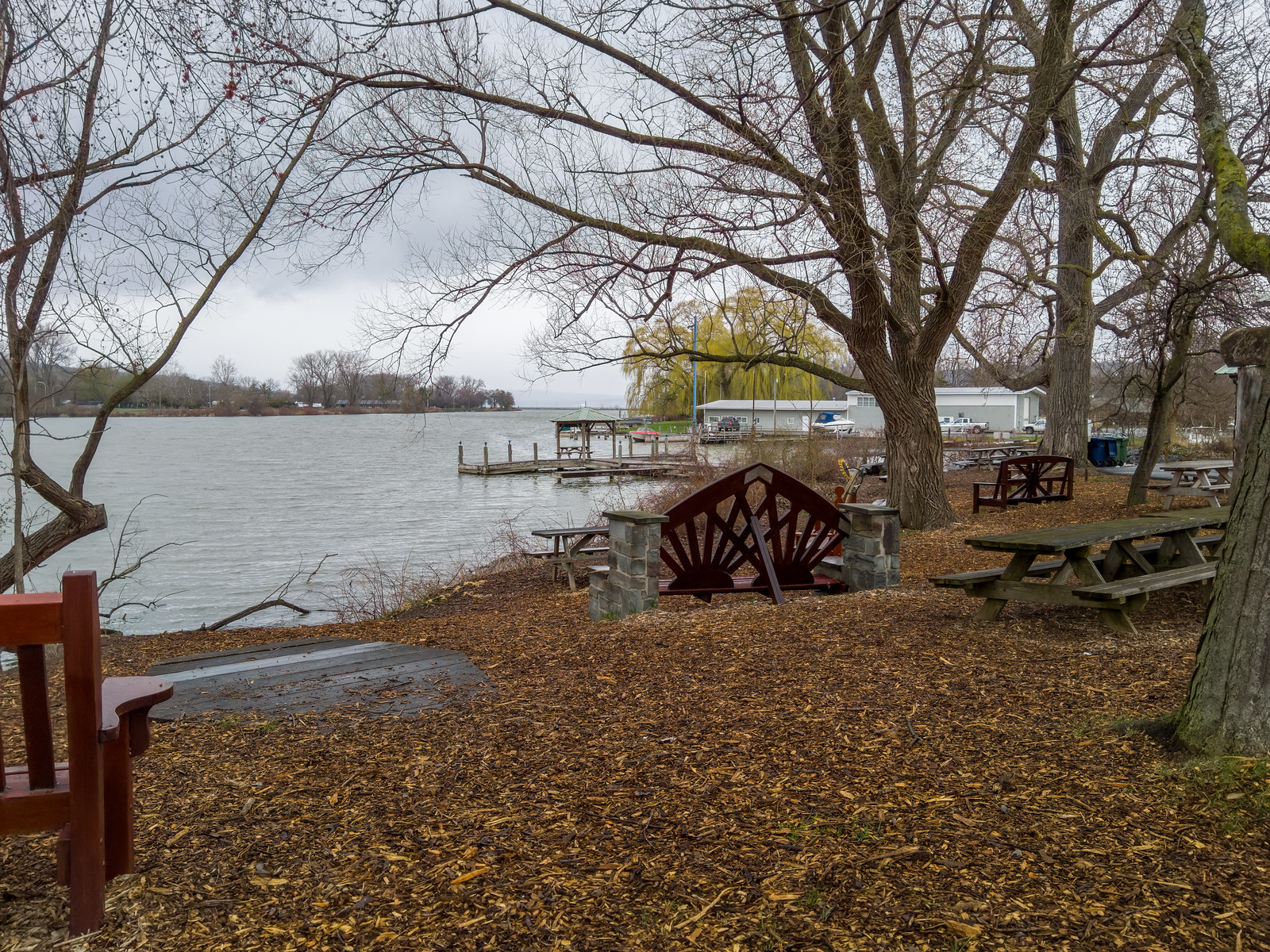 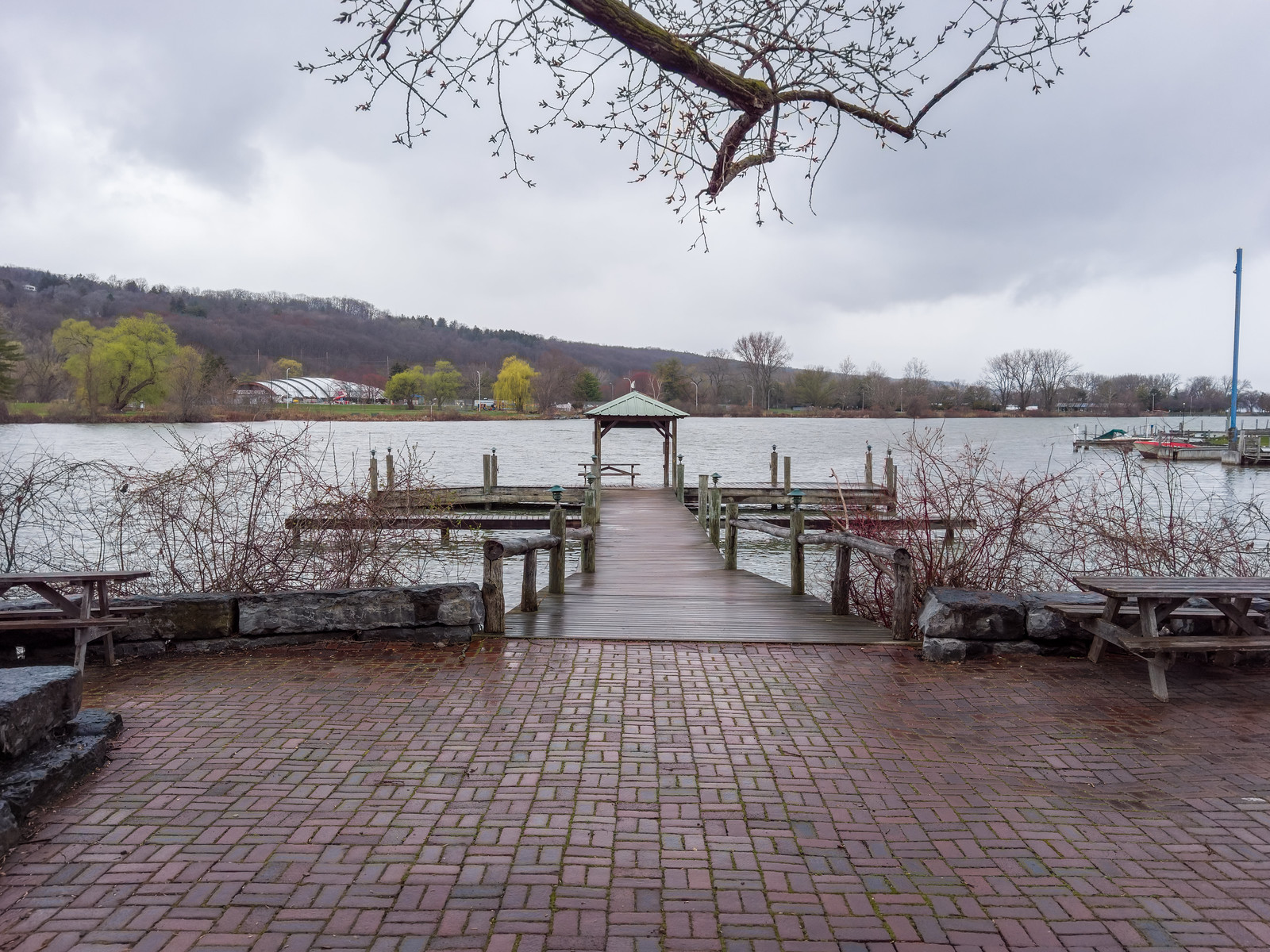 Happy May Day! First day of summer for us after a long winter and faux spring. Beautiful, WARM, 80 degrees F. Walked up to Enfield Falls at the bottom of the gorge where it was about 10 degrees cooler (natural gorge air conditioning). Stitched from 3 frames in LR Photomerge, original was 120 MP file. Click for larger 50% image file. 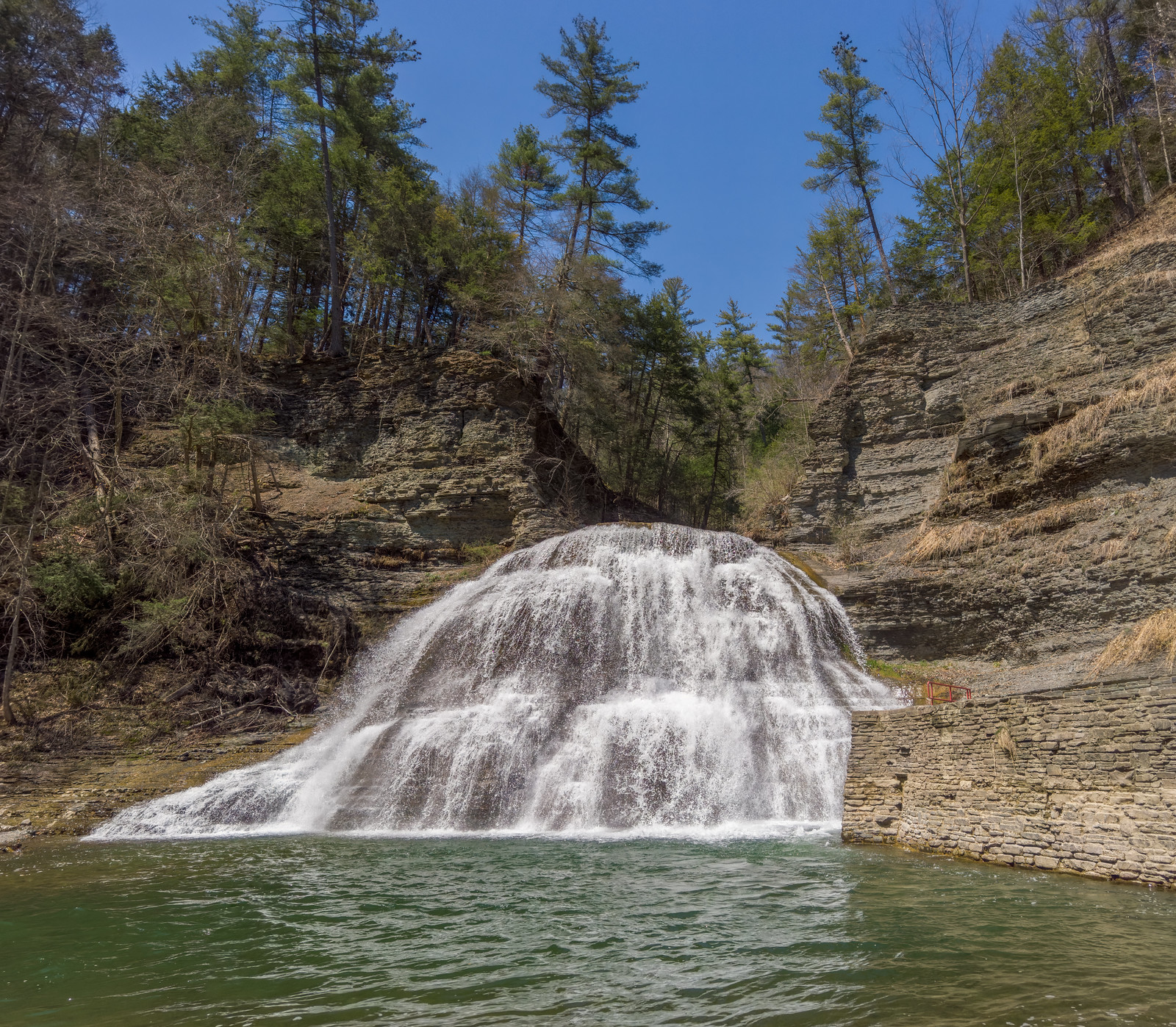 A few shots taken with the L16 around the Farmers Market. No market today, but someone rented the venue to host a catered birthday party (very popular with younger teenagers as they have lots of room to blow off steam skateboarding). 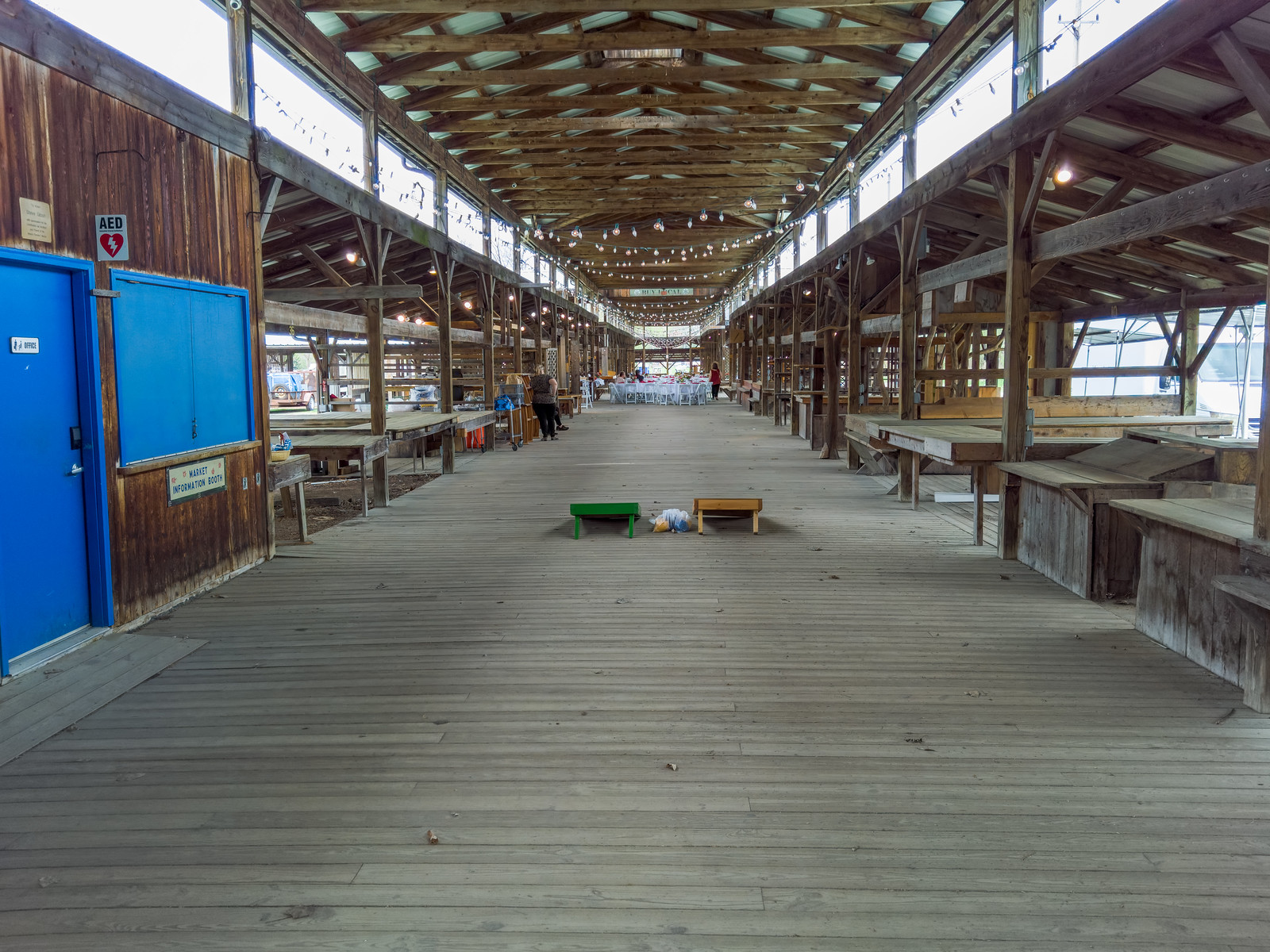 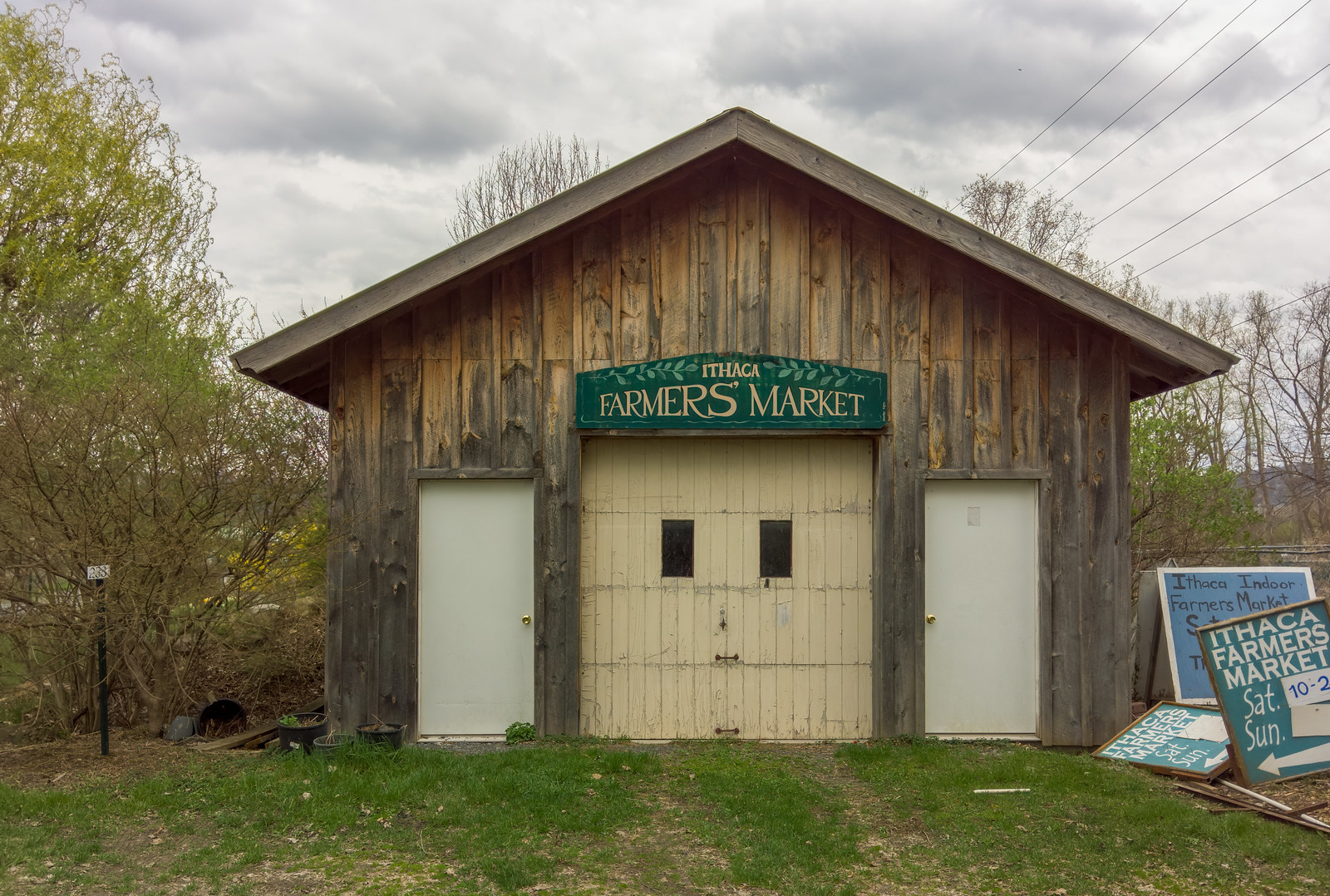 Steamboat Landing in back of the market. 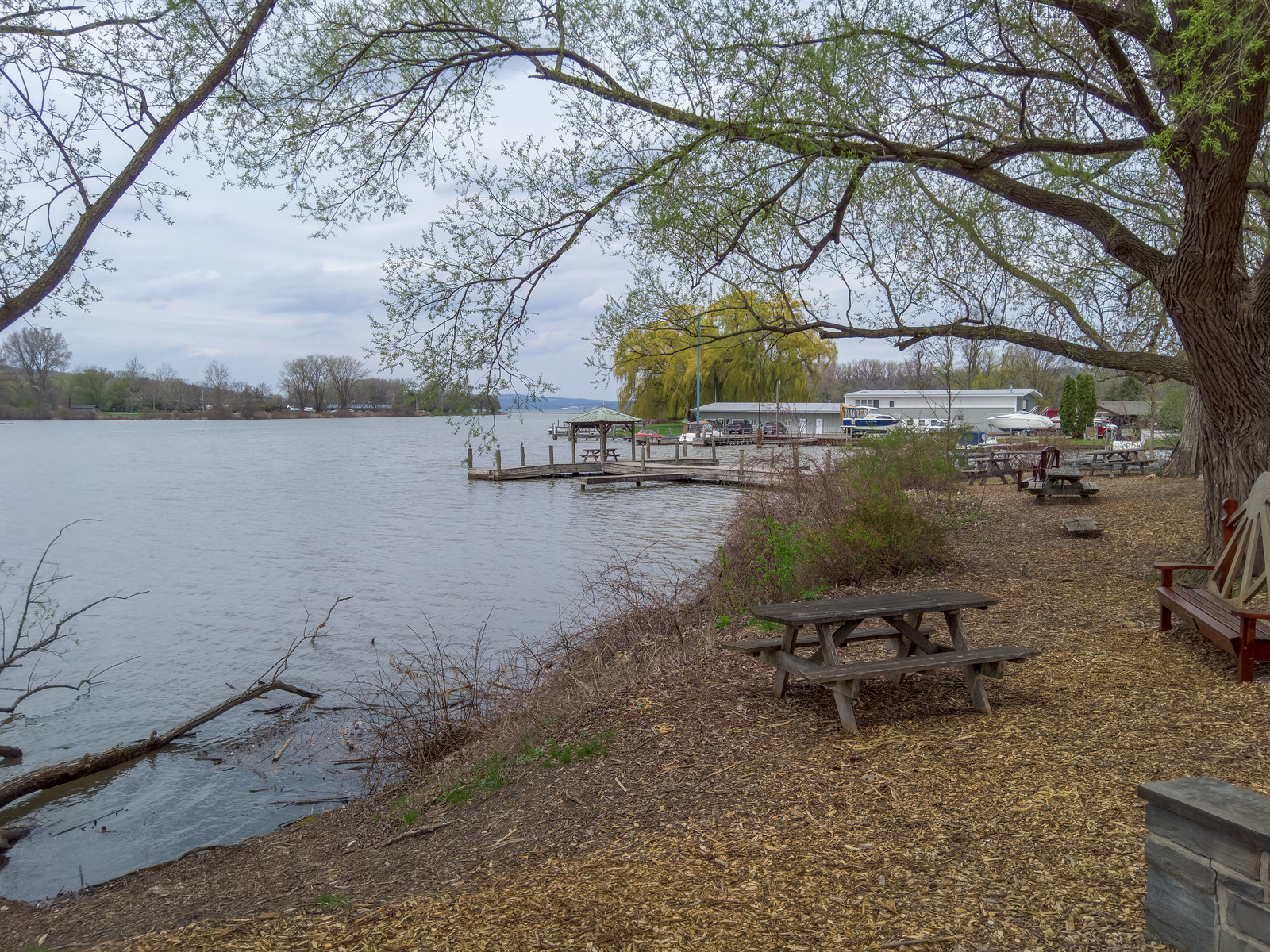 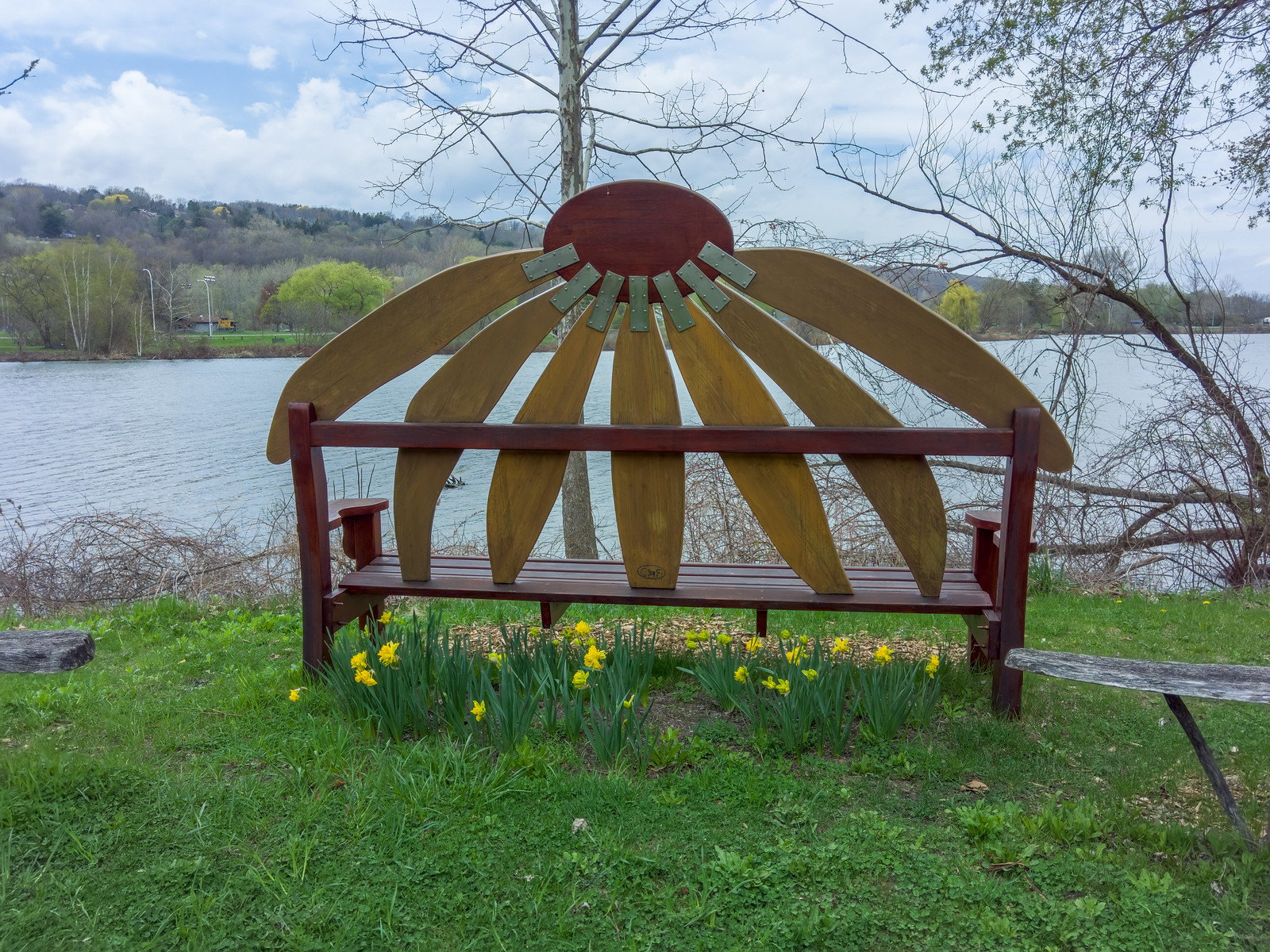 My wife's garden club manages the flower beds on the birms. This was originally a Cornell men's garden club, but it was infiltrated by women in recent years. 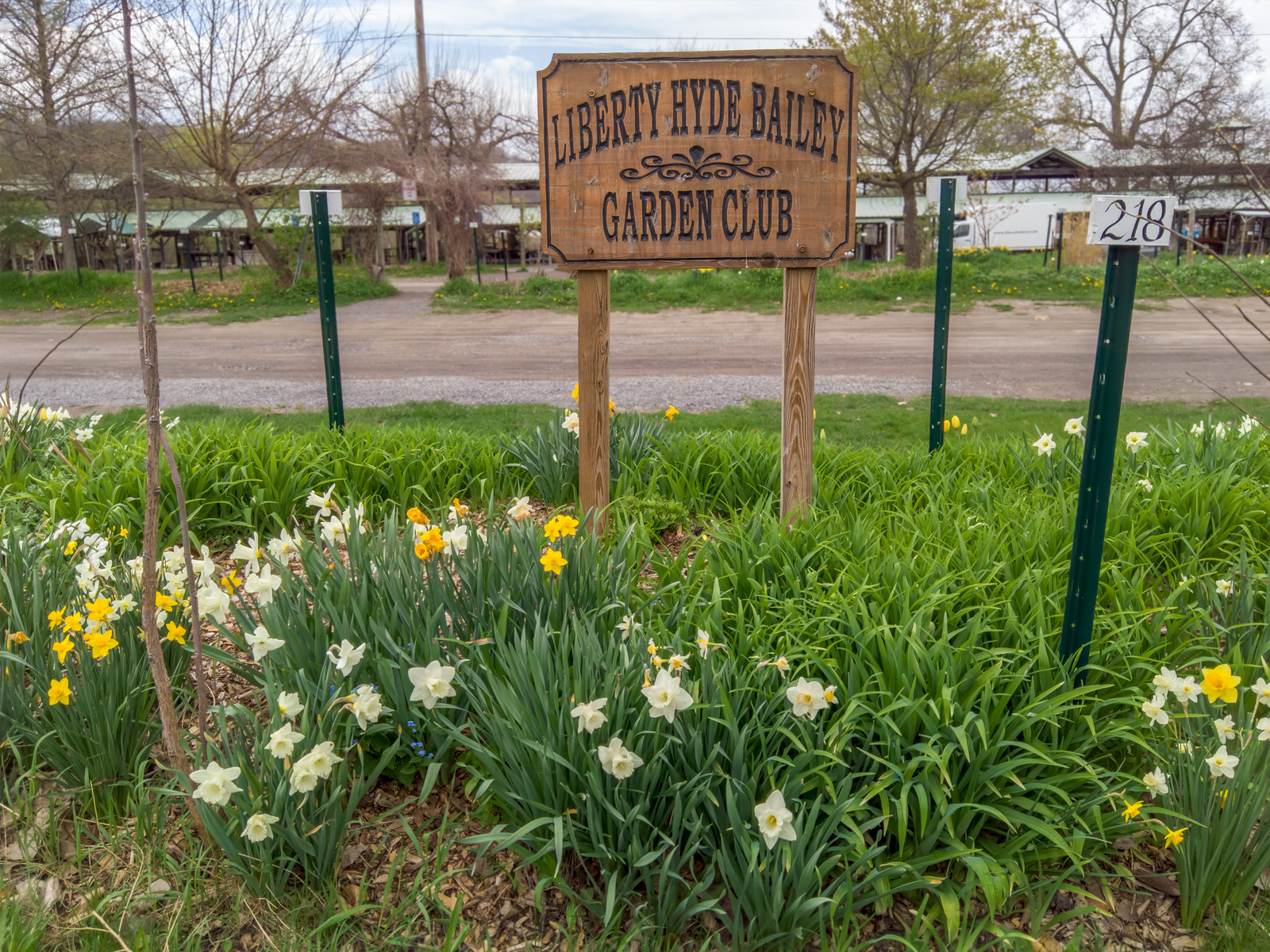 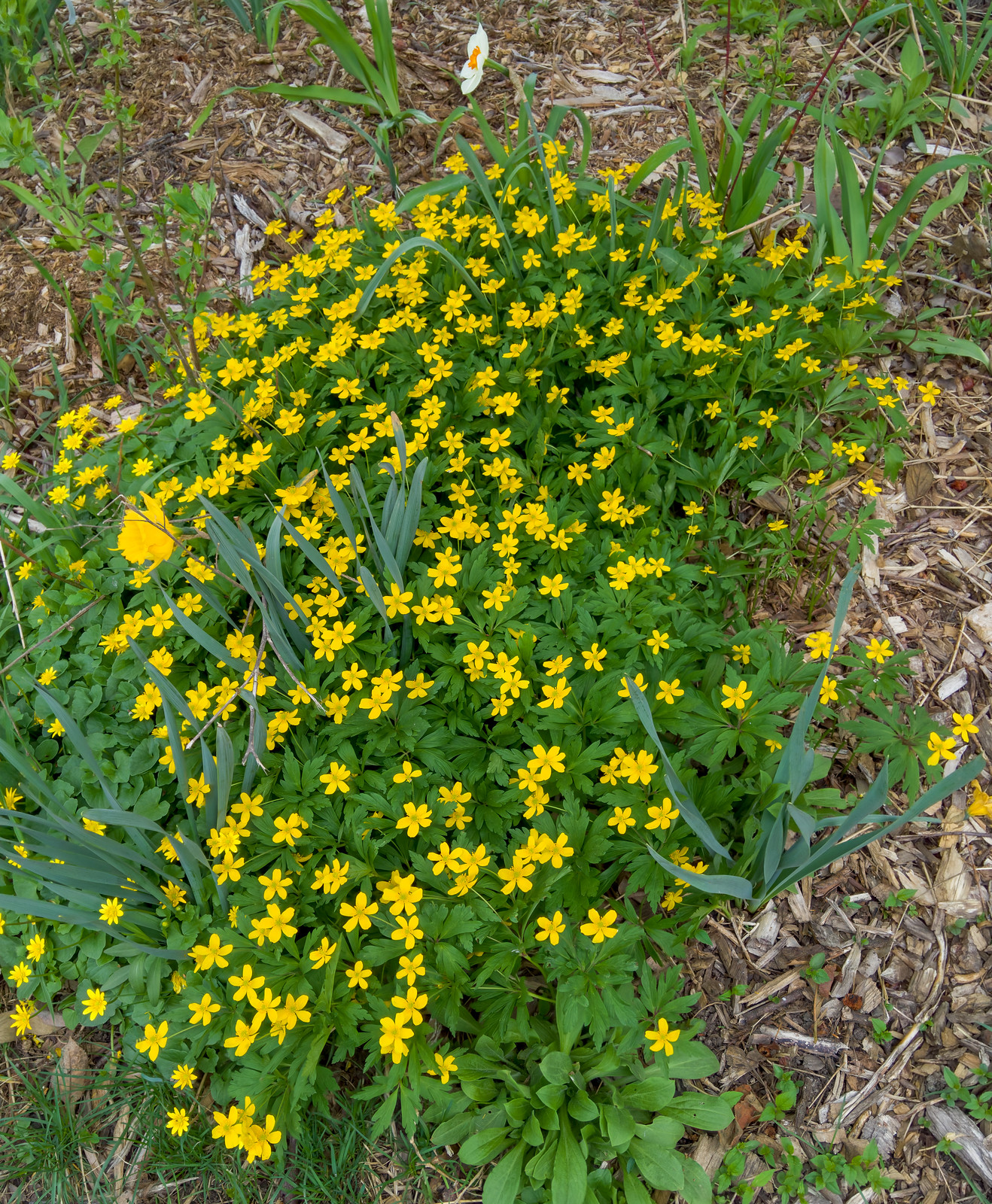 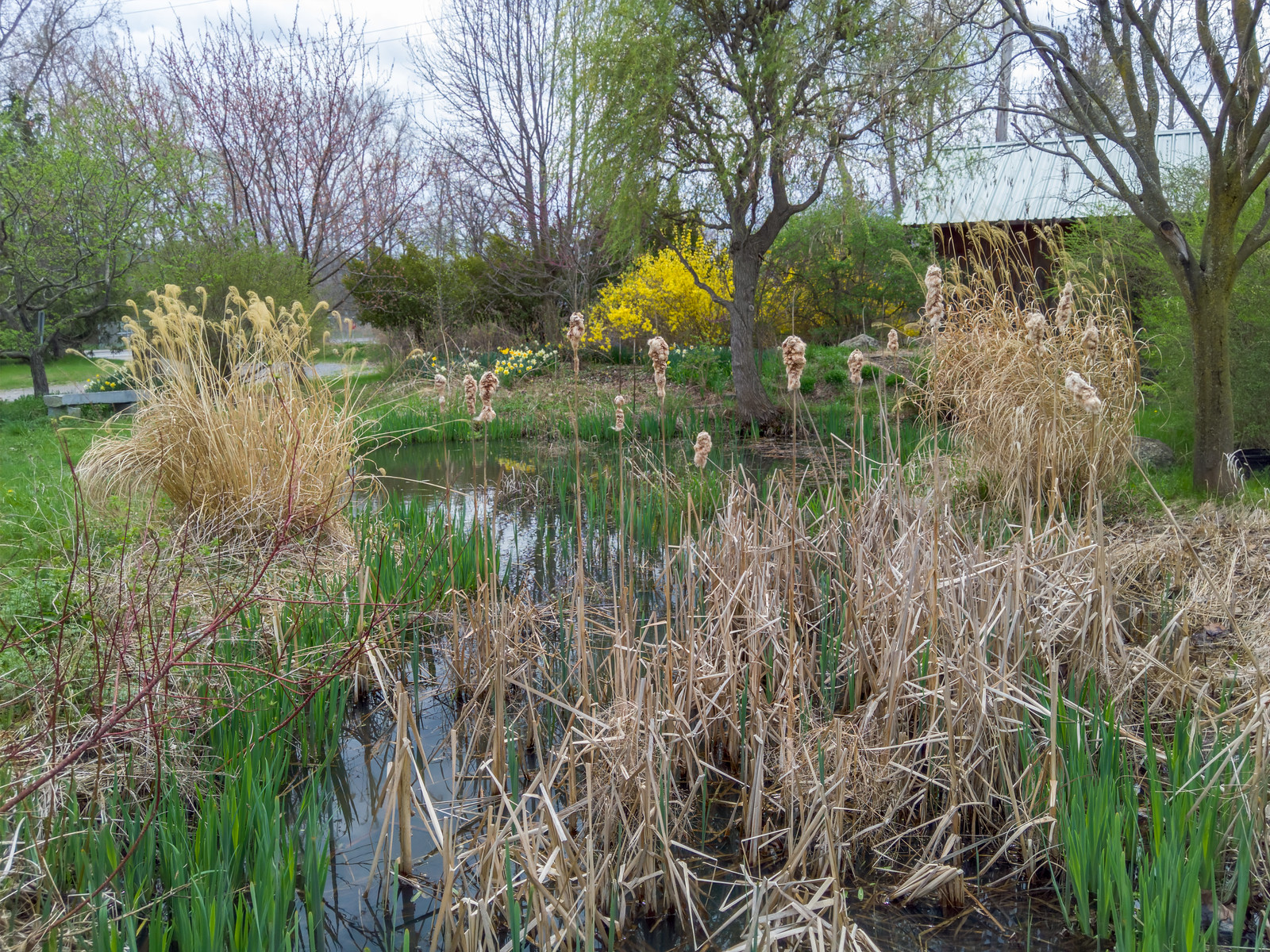 Lime Bikes next to the waterfront trail at the Farmers Market. There are hundreds of these rental GPS enabled bikes all over town. Just download the Limebike app to your phone to find one, sign up to use them, grab a bike and go anywhere you want and leave it near a road when through. 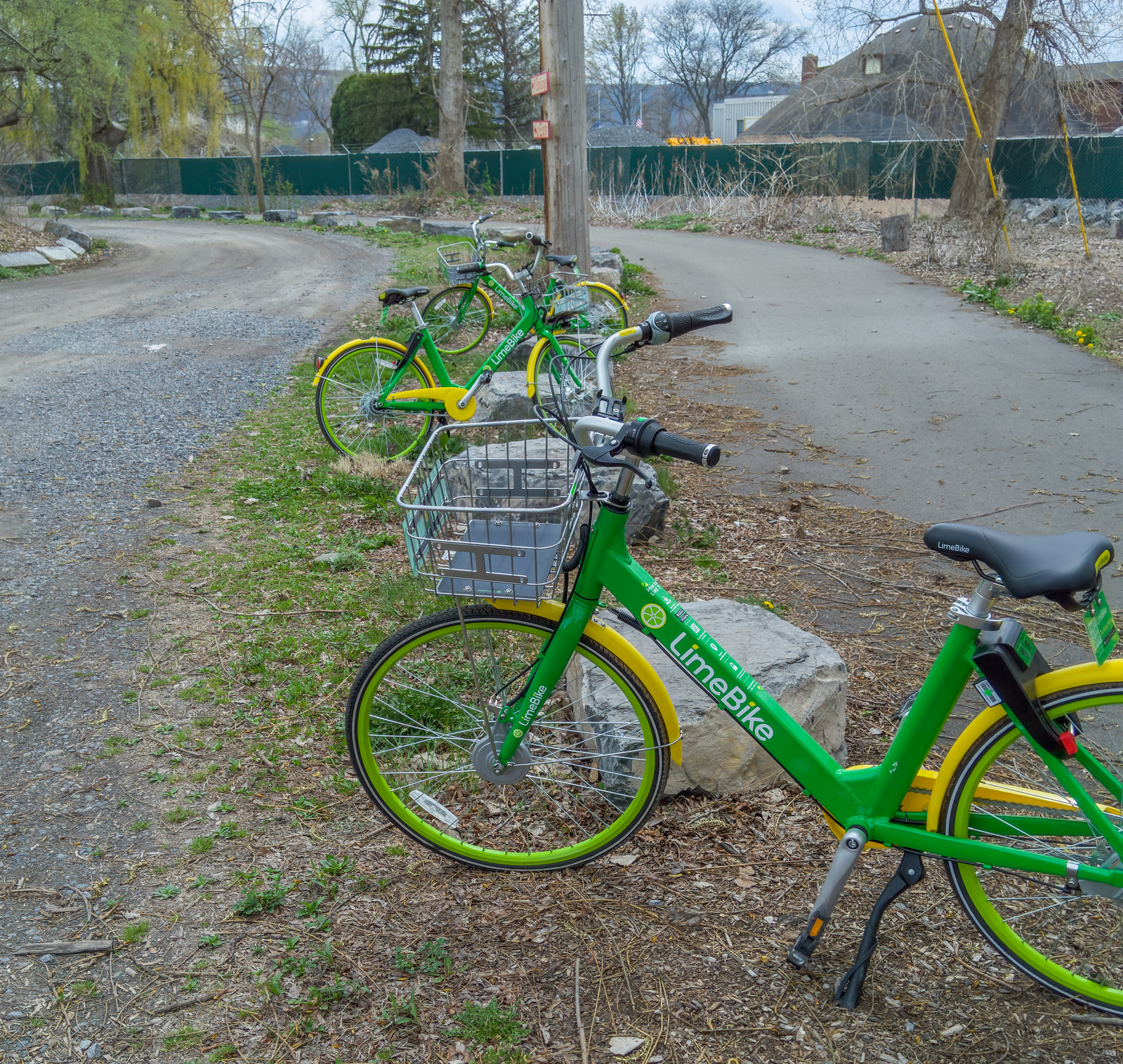 What the camera is doing is to build a three dimensional image field and project that onto a two dimension plain, a photograph. These are four test photographs.
The first two are SOOTC exposures processed through Lumen and straightened in LR:

The next two are cropped and post processed to my liking, but with no additional vibrance, saturation, clarity or sharpening.

I'd read reviews that weren't very positive – but the images you folks are posting look so much better than I'd have expected from reviews!

Have there been firmware updates?

What size would you be comfortable printing them?

thompsonkirk said:
I'd read reviews that weren't very positive – but the images you folks are posting look so much better than I'd have expected from reviews!

Have there been firmware updates?

What size would you be comfortable printing them?
Click to expand...

I don't read reviews other than for the entertainment value.

- Yes. I've loaded three or four updated revs of the camera firmware and three revs of the Lumen app so far since last December. Each time the features have been expanded and the image quality has improved. The Lumen app is still a beta release...

- Like with any photograph, it depends on the subject matter and the quality of the exposure. I personally don't print much larger than 11x17 inch very frequently with any camera, but I've made some lovely 13x19 prints with the L16 exposures.

The L16 is a unique camera with a combination of excellent features and versatile capability in a very compact form factor. It's not the best camera for all things, but for what it does well it's a very good performer ... Just like any other camera, for that matter. Because of its unique design and capabilities, and the workflow required to render its exposures, it's difficult to compare directly to any single one other camera.

Godfrey said:
...The Lumen app is still a beta release...
Click to expand...

Isnt the company out of business? Will there be public release ever?

foveon said:
Isnt the company out of business? Will there be public release ever?
Click to expand...

What makes you think that light is out of business? No evidence I can see. I get mailings from them on a regular basis, the last firmware update was just a few weeks ago, etc.

The Lumen app was updated in this last round. New capabilities, better operation, etc. They're just being conservative about calling it "final" ... It's pretty darn good already.