The lens has only one single element with 75mm and I used full open aperture f/3.2

With the quartz glass the whole spectral band of the film were used, incl. the unvisible UV light <370nm
This light has a different focus point than the visible light.
This gives a second picture but very thin and with a different size.
This gives images made with quartz glass its unique character of softness, different to other special soft focus lenses.
It has a sharper center and goes softer to the corners but it shows a lot of details.
Over all is the second "ghost" image.

I used Ilford FP4+ film and my Nikon F4s.
The lens is DIY. 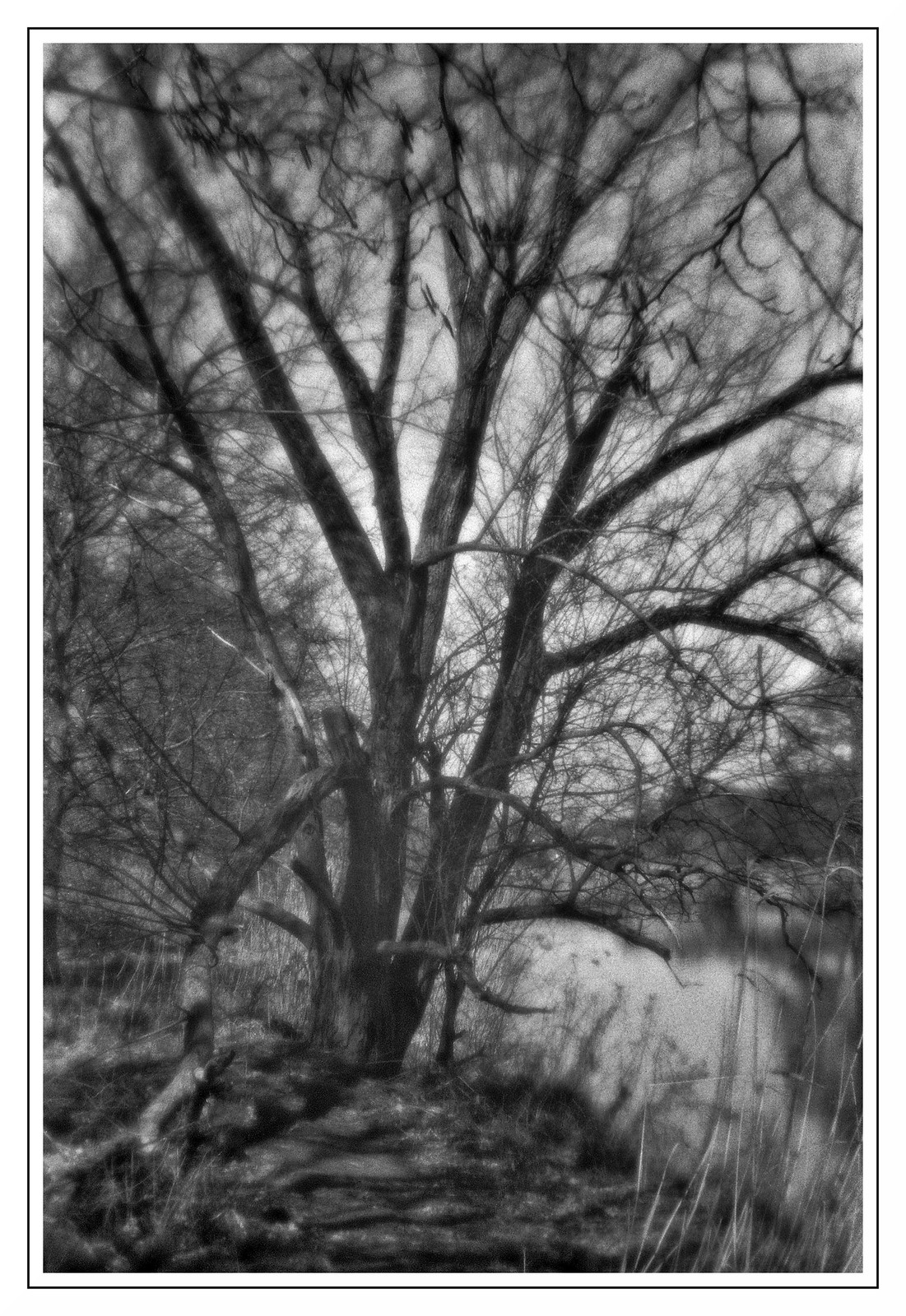 Another sample but today I used a different film and I modify the lens.
I add a 1000mm f/50 element to the 75mm f/3.2 and got a ~65mm f/2.8
I used f/4
The used film were a Kodak Ektagraphic HC, a ultra high contrast film, made for graphic slides for cinema commercials and others, were ever a only black & white titles were needed.
I try to use this film for normal photography but it were nearly impossible to get a little bit of grey in it.
The film is a none sensible material, is it the correct word for it?
Only sensitive for UV and blue light, blind for green and red.
With the quartz glass the UV light pass through the lens and now, what a surprise, the film shows greys
I developed it in caffenol. 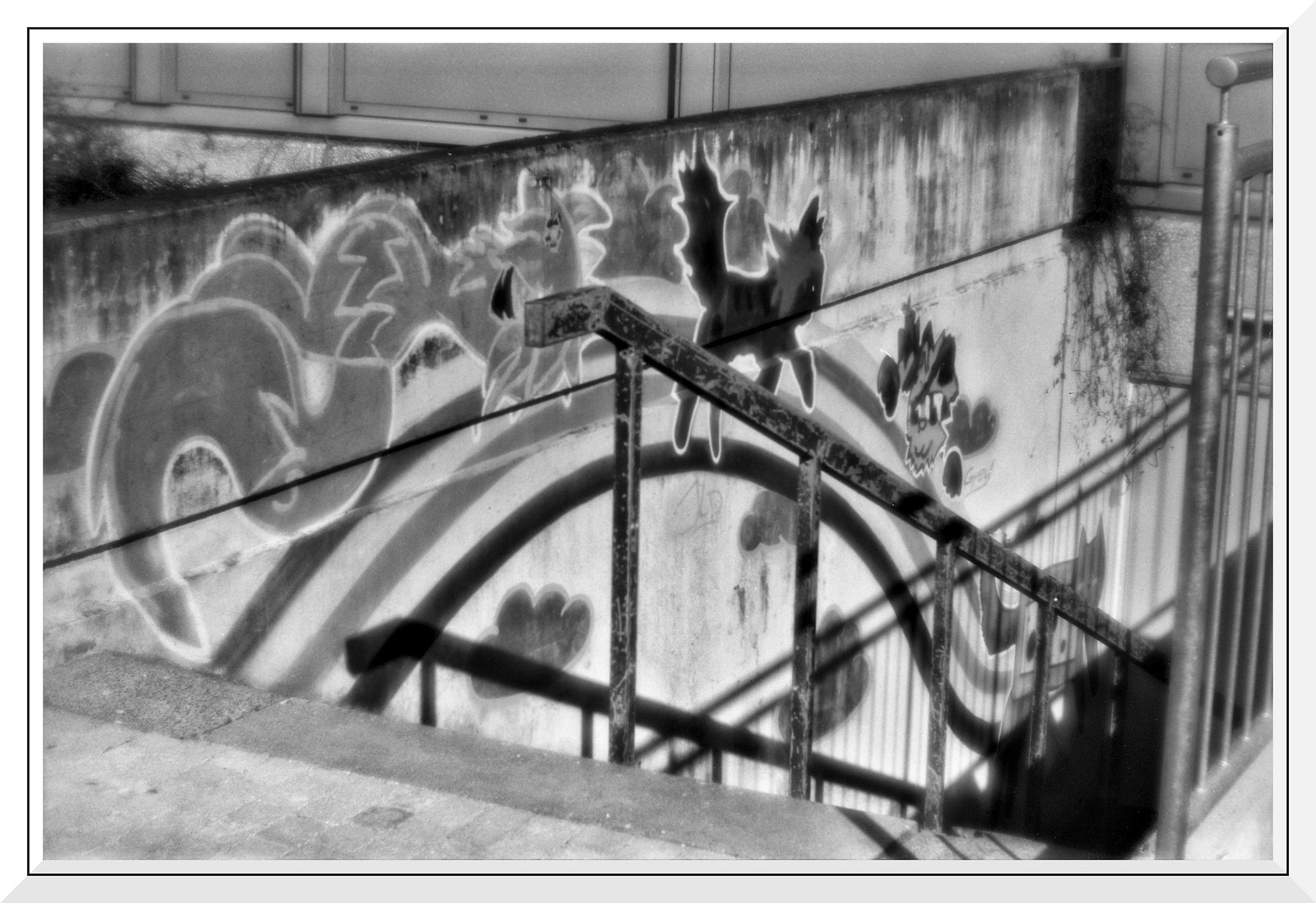