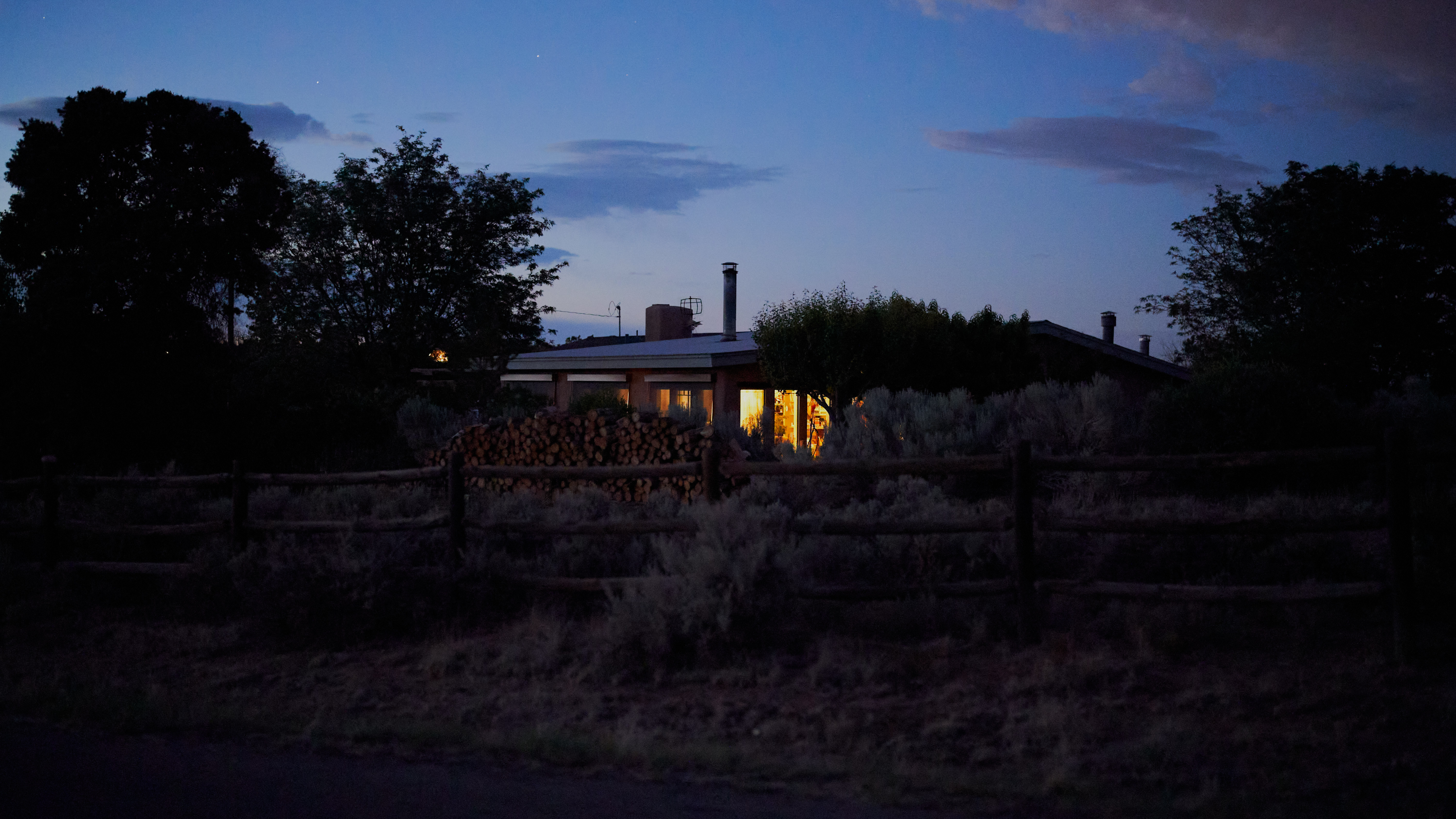 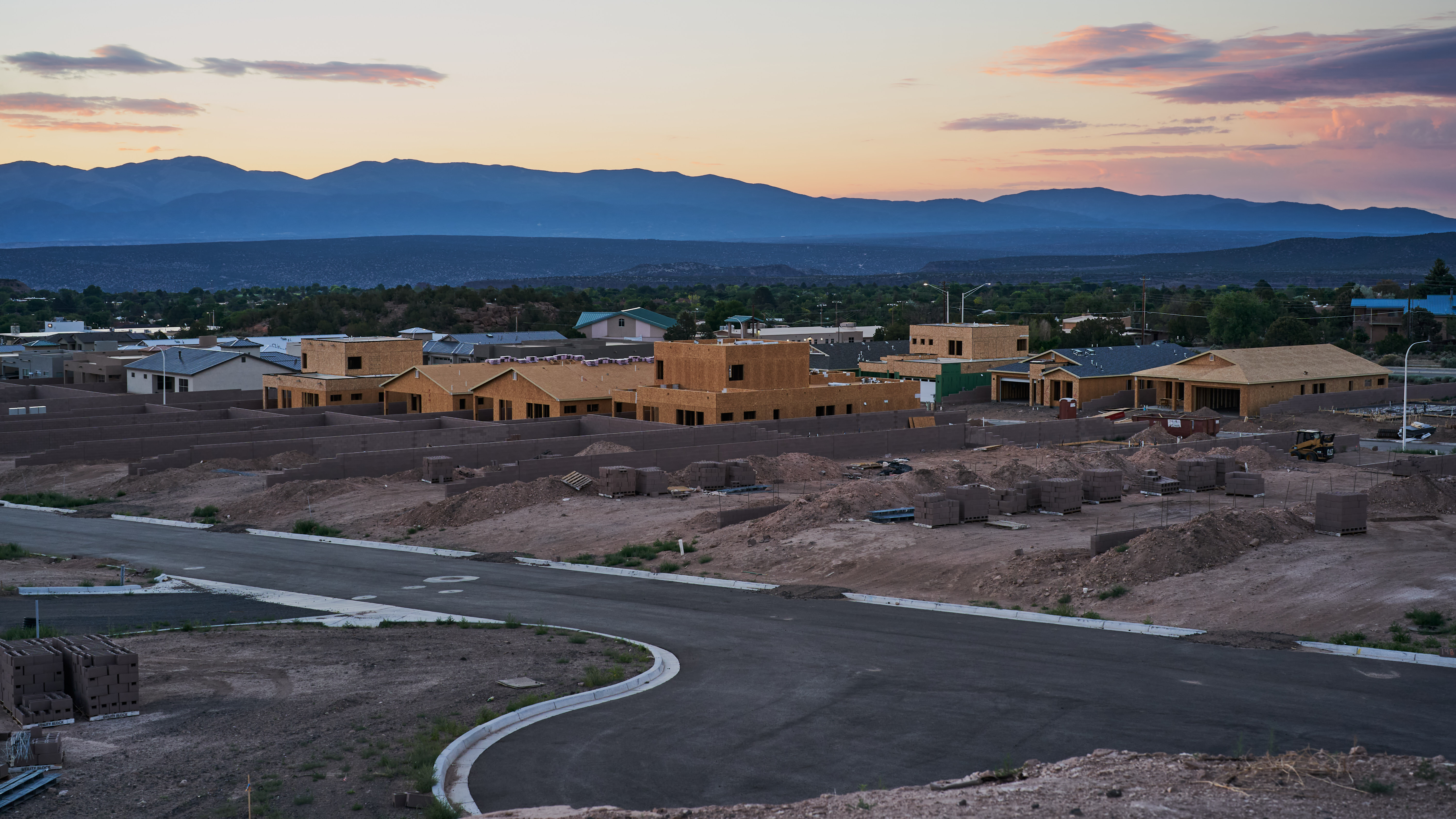 We are definitely in the Monsoon season.
Last night pretty much solid overcast with a bit of precipitation but no wind.
This Morning it looked like this.

One circular break in the clouds.

The Santa Fe to Española area covered by a solid fog layer.

Another foggy cloud layer in front of the Jemez Mountains.

Growing at the side of the road.

There are white rocks in White Rock, NM.

Last night and all day we had overcast, drizzling ever so often.
That kept the air and ground pretty wet and temperatures low.
Towards evening the Sun showed up and gave quite a performance.
I confirmed that yesterday's layer of clouds/fog

was situated somewhere between the
White Rock Rio Grande River Canyon
and the Sangre de Cristo Mountains.
It was definitely not over the Rio Grande itself.

A similar layer of clouds/fog could also yesterday be seen towards the Jemez Mountains.

Following are images I shot in the evening today.

This first one, looking eastwards

shows the fog layer in front of the Sangre de Cristos.
The Rio Grande River Canyon is located right behind the foreground houses.

we see the low fog layer in front of the Jemez Mountains.

A bit later another view westwards towards the Jemez.

Again a bit later and after a short hike another view towards the Sangre de Cristos.

And after hiking back a final evening view towards the Jemez in the West.

Double clicking the images should display full resolution ones.

I wanted to update the Firmware of my brand new FE 50/1.2 GM lens, but could not!
Hard to believe, I know, but true!
So i borrowed a neighbor's A1, tried to update its firmware, same outcome, no go!

To make a long story short - the "trashcan" was truly trashy, had interfering apps on it, e.g. antivirus apps, etc.
So I wiped the internal SSD clean and installed the latest macOS Big Sur, version 11.4.
Then I added only the required Sony firmware update files. That's it.

Of course, before returning the A1 Sony gear to its owner, I took a few quick shots.
The A1 Menu system is sufficiently different that I surely didn't know what I was doing.
Read the Fine Manual - RTFM - seems my next priority, now that I know how to update Sony firmware.
Preliminary reports seem to indicate that Sony indeed successfully fixed the A1 EVF/Eye sensor issue that frustrated many users.

Impressed that the A1 could handle this pretty featureless scene.

Leafs moving in a light wind.

Yup, the A1 is as impressive as I thought it would be.
A definite improvement over my A9.
I am hooked!

A1 firmware update coming in a few hours

https://www.sonyalpharumors.com/sony-a1-firmware-will-be-released-at-5am-london-time/Will it be a bug-fixing firmware or it will add some more fe...
www.fredmiranda.com

My impressions:
1) EVF is 100% fixed...I know how to make it happen predictably when I have full sun in the first 2-3 hrs of the day. I did my test and it never once had an issue. I'm impressed Sony was able to fix this.

3) I do see the Eye-AF indicator appears quicker and is less jumpy. Same goes for the RTT icon.

Maybe after a few more days shooting I'll change my thinking but that is how I see it so far.
FWIW subjects have been swallows IF, kingfisher diving and IF, osprey diving and IF and all sorts of perched passerines.

k-hawinkler said:
Yup, the A1 is as impressive as I thought it would be.
A definite improvement over my A9.
I am hooked!
Click to expand...

Good, so you ordered one - congrats !

Our resident Hawk taking a bath again.
It seems to be doing that pretty frequently.

To the left: Grand Canyon Dr.
To the right: Pajarito Rd.

Raven in the sky.

The A7R shutter is really noisy and its button is too far back.
Last edited: Jul 6, 2021