Portraits of Your Gear

If I did nothing but collect variations of the FED-2 and Industar 26M, I'd have a surprisingly large collection. But so far as I know, no one else has one quite like mine, because the color scheme was my idea! CLA'd with new shutter curtains. It was the first time I had attempted something of the sort, and I had to re-do it several times.

I've owned several Hasselblads but never a Kiev 88. This is a late-production unit with Kiev 60 / Pentacon 6 lens mount:

Just arrived yesterday! As received, it was very grimy, so I spent some time tidying it up. I still need to replace the foam light traps. 50/1.8 lens was a freebie but I think it was dropped at some point and I'll need to service it before I can actually use it.

Not mine, but seeing a Leica without clothes in a shop window is the ultimate gear-porn 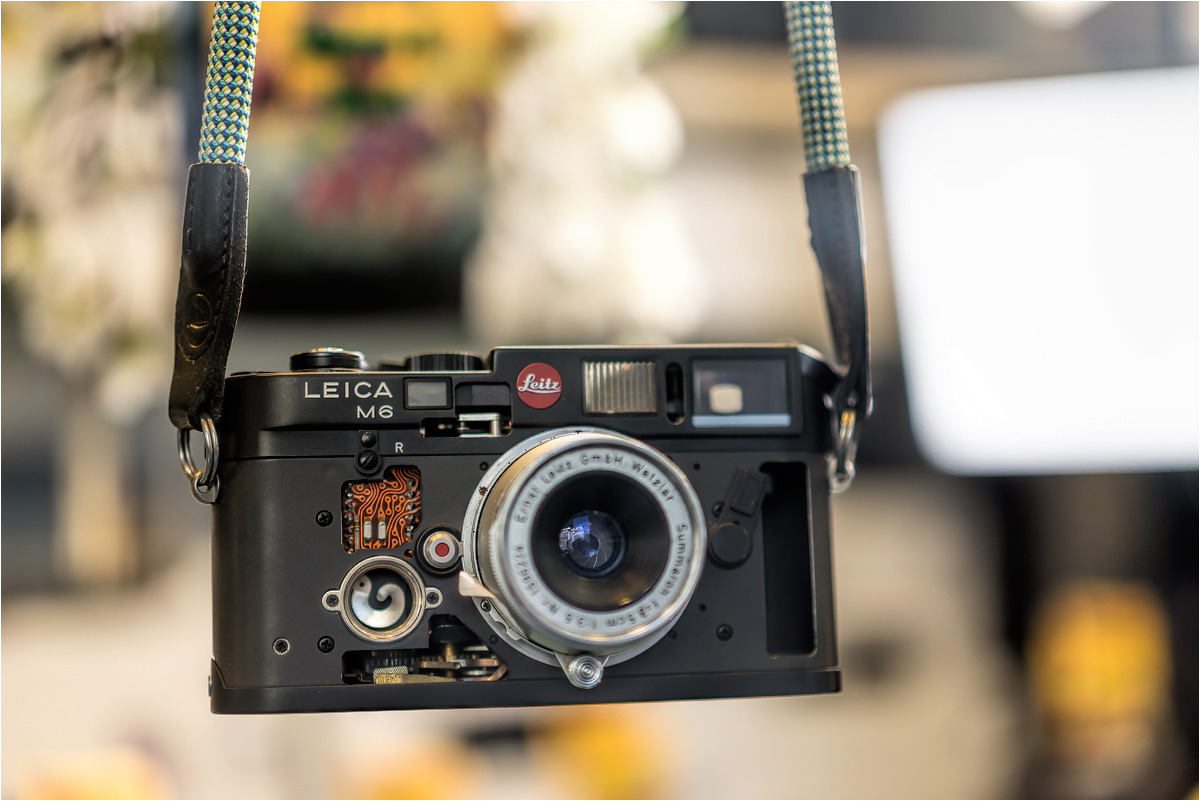 The D1x certainly has an unusual sensor design. 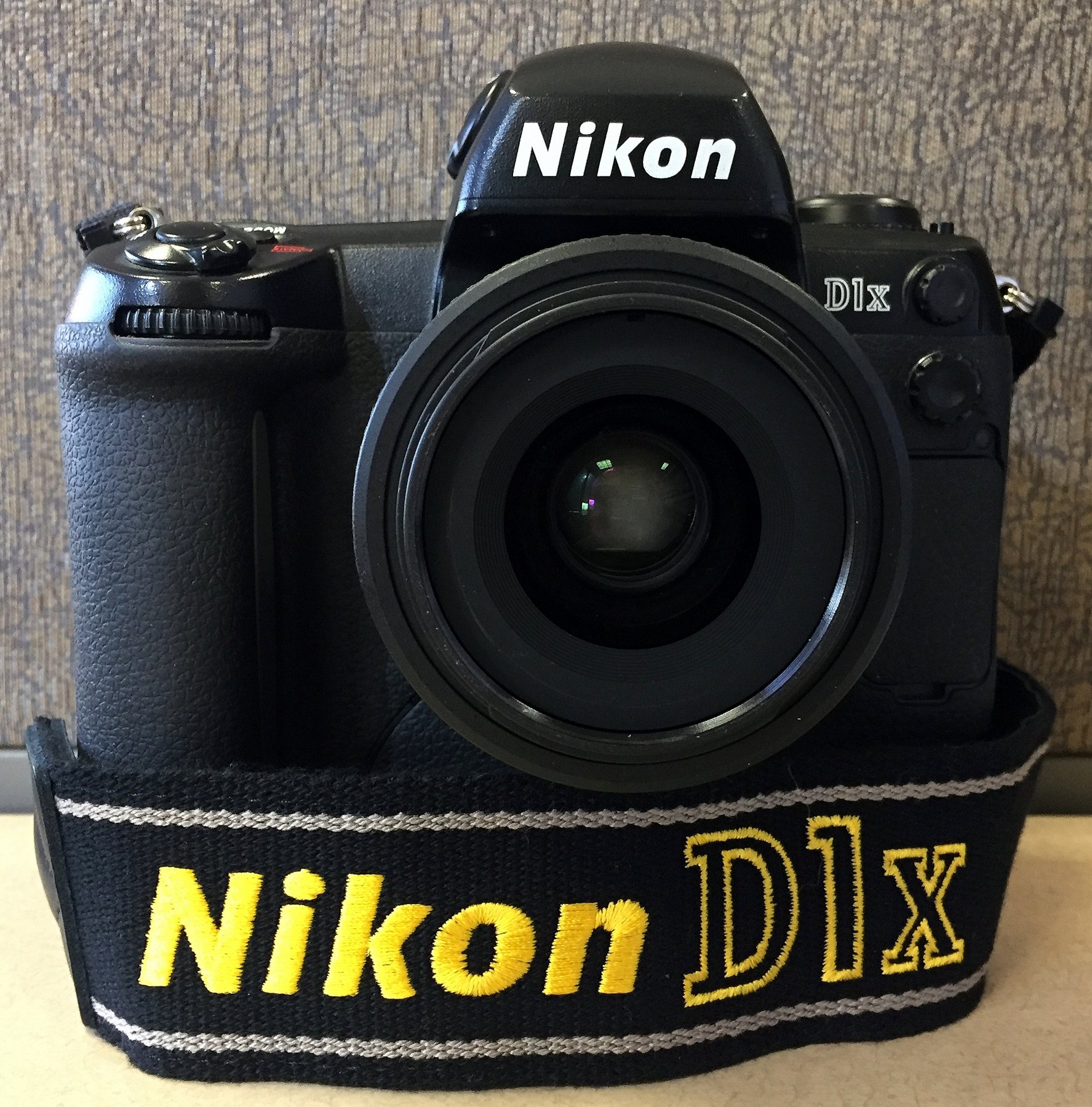 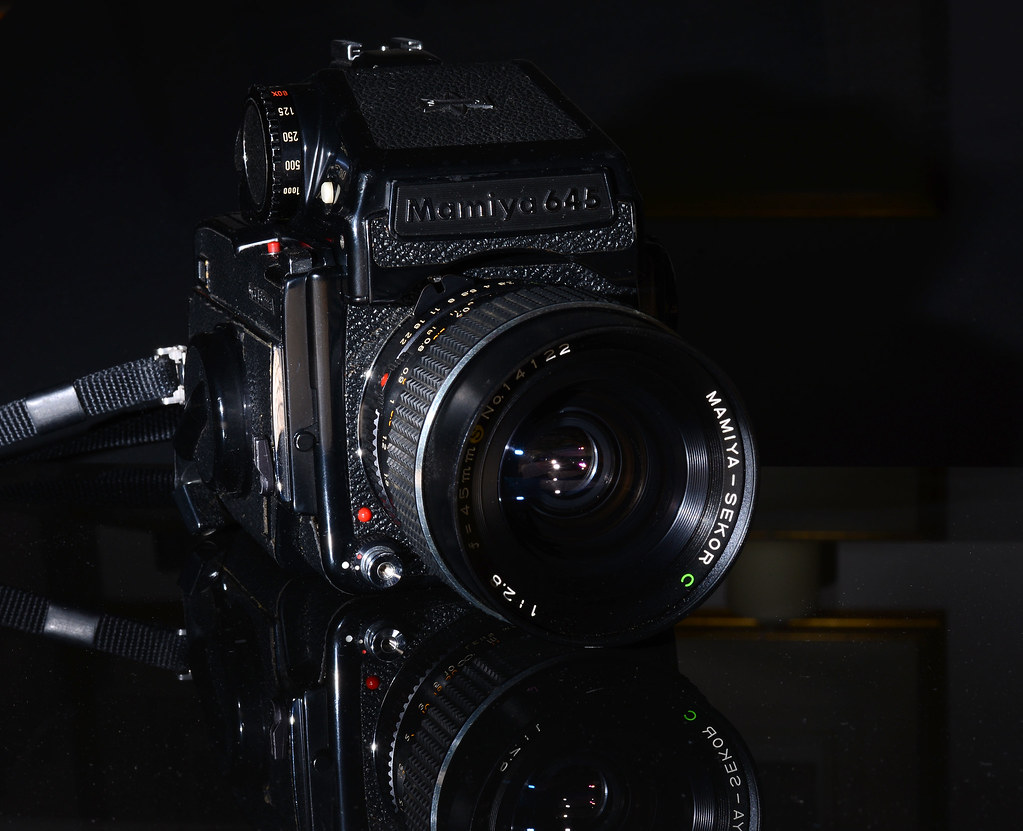 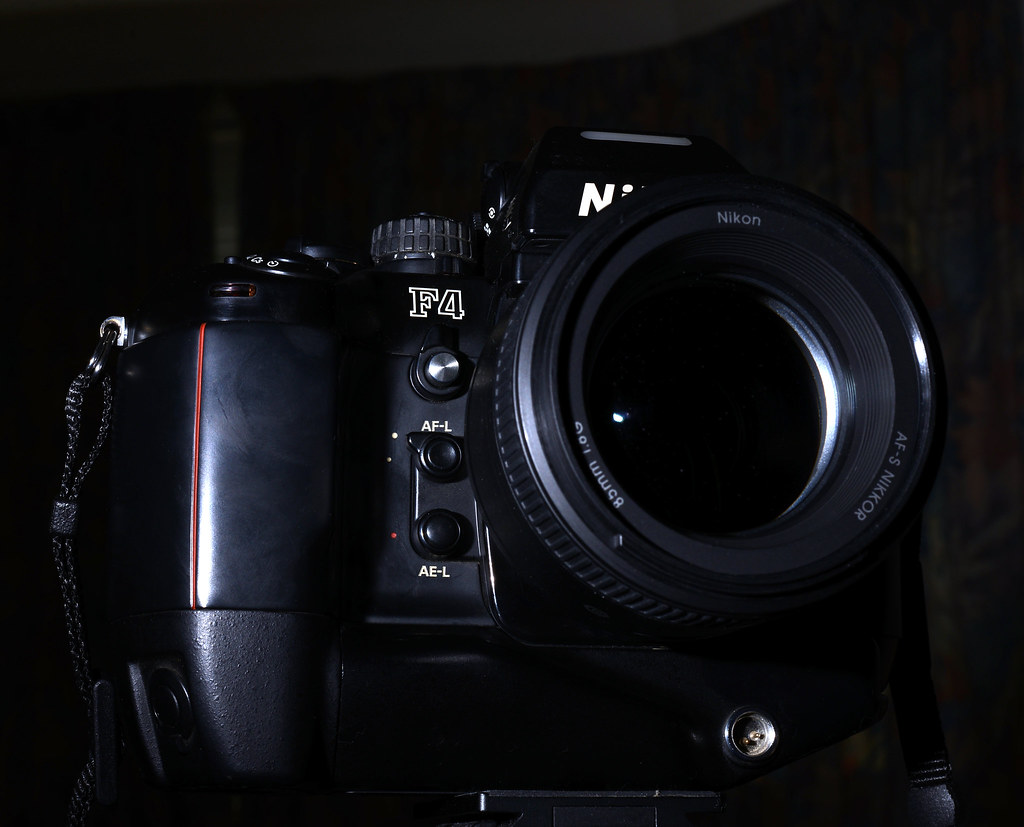 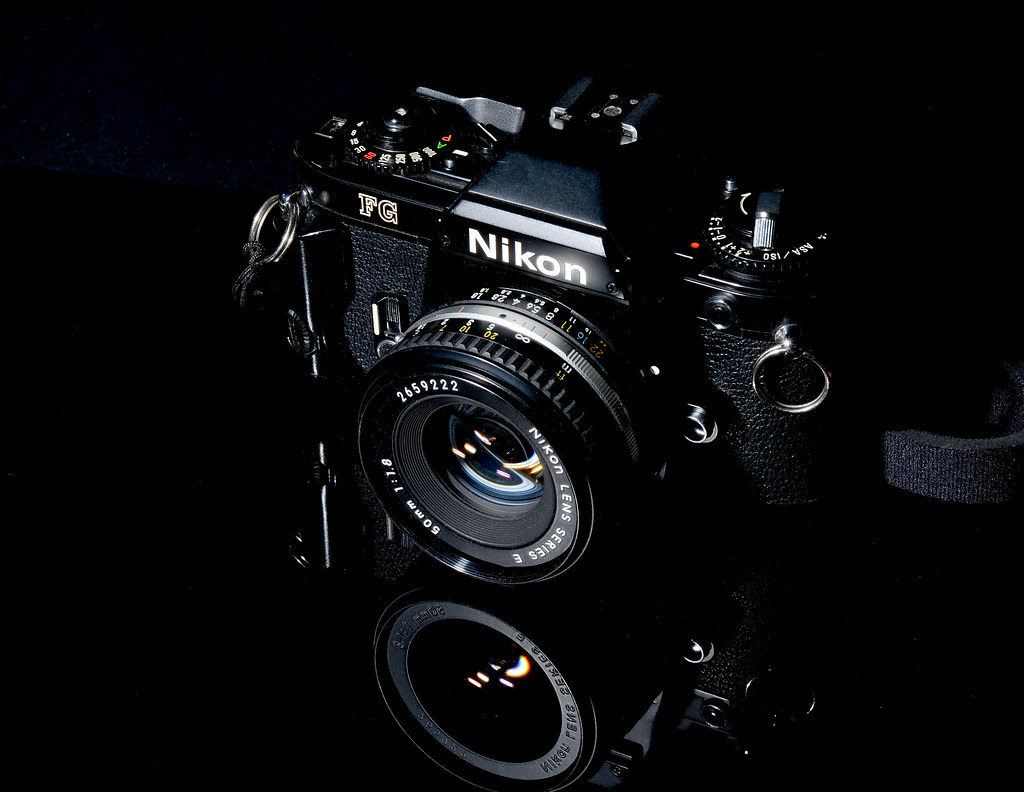 The GM5 is getting close to being my most used camera, simply because it goes with me everywhere. A week ago, I visited that dangerous place with many cameras and lenses for sale and.... they had a mint, second hand Zuiko 12mm on the shelf.

Long story short: This might be the most perfect camera lens combo I've ever used. That lens will not leave the GM5 for a while. I actually consider buying another GM5 body for use with other lenses. 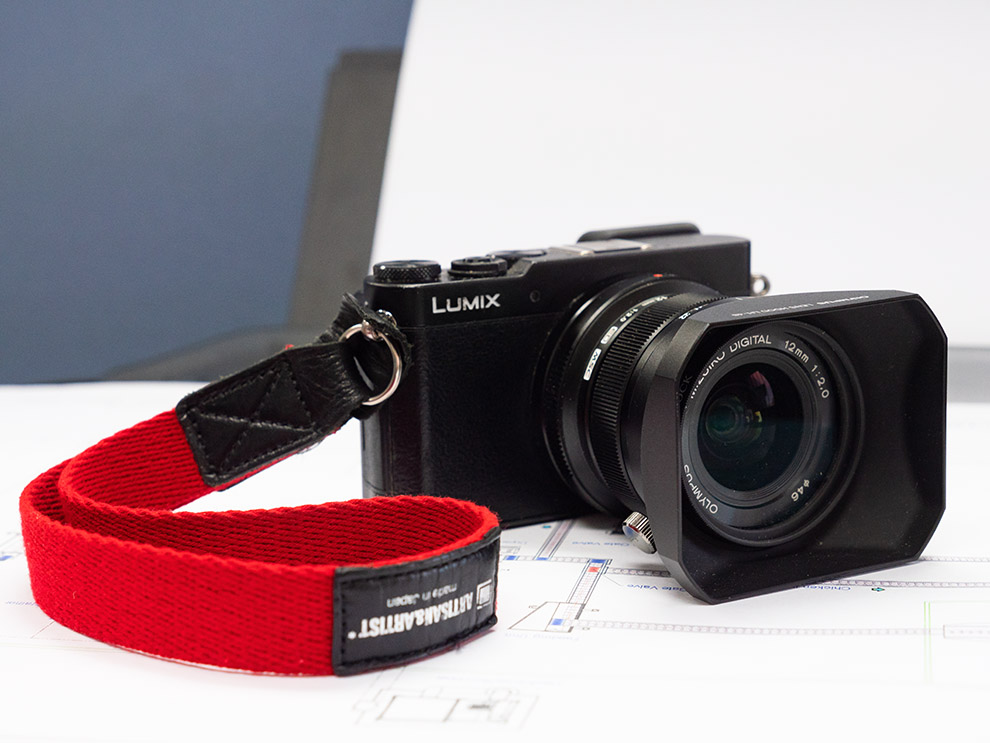 This project has been a bit on the backburner for a while, but the last adapter finally arrived, and everything seem to work well. This will be used for product and food photography in addition to general macro (no bugs or flowers though :lecture: ). From front to back, you see: Mammiya 645 80mm f/4 Macro (can be reversed for larger magnification), Mamiya 645 Auto Bellows with tilt, shift and swing (front standard only), Fotodiox M645 to F-mount adapter, Voigtländer F-mount to m4/3 adapter and finally the Panasonic GX8. I could have bought an M645 to m4/3 adapter, but this setup allows me to use a Nikon camera if needed.

The whole setup except the GX8 cost me less than $600 and I just bought a second GX8 for $400 (Japanese language only, but low mileage mint condition), so the investment is reasonable. Tests so far indicate that the lens has no problems with the pixel density of the GX8. Still, I might look for an old digital back later, for use with a Mamiya body. Time will show 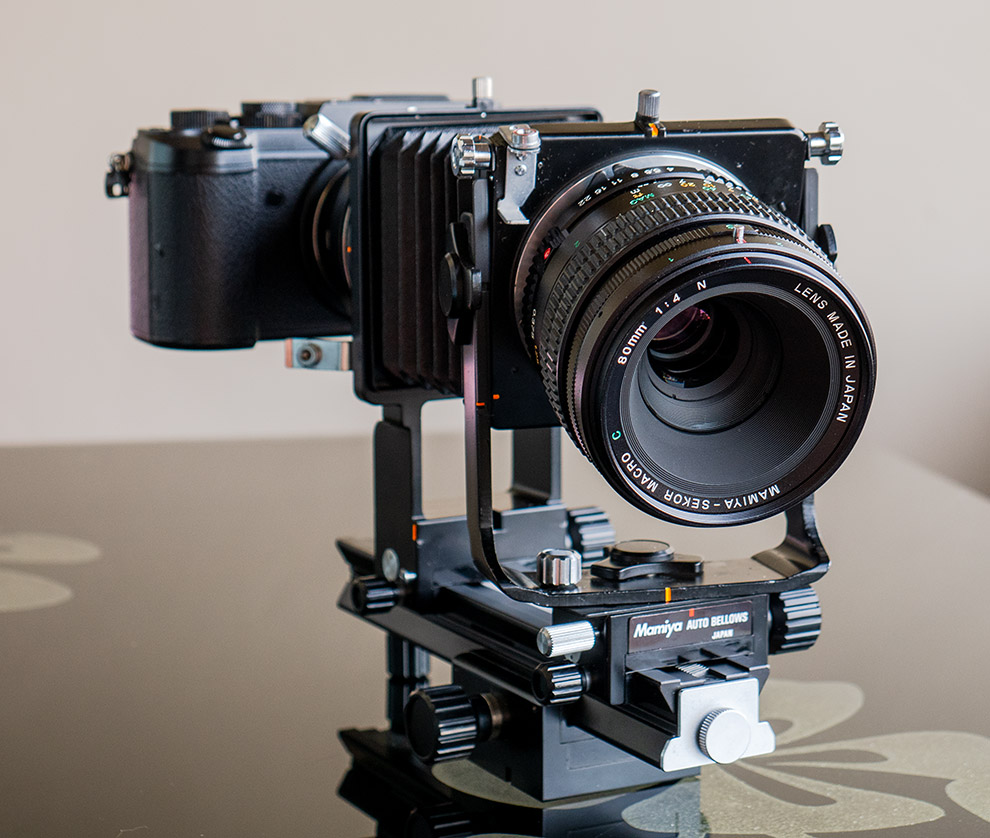 A couple of very recent additions to my collection of older manual focus telephoto lenses for the Leica R and Mamiya 645 systems. On their way to Alaska now. Both are said to be in new/like new condition. 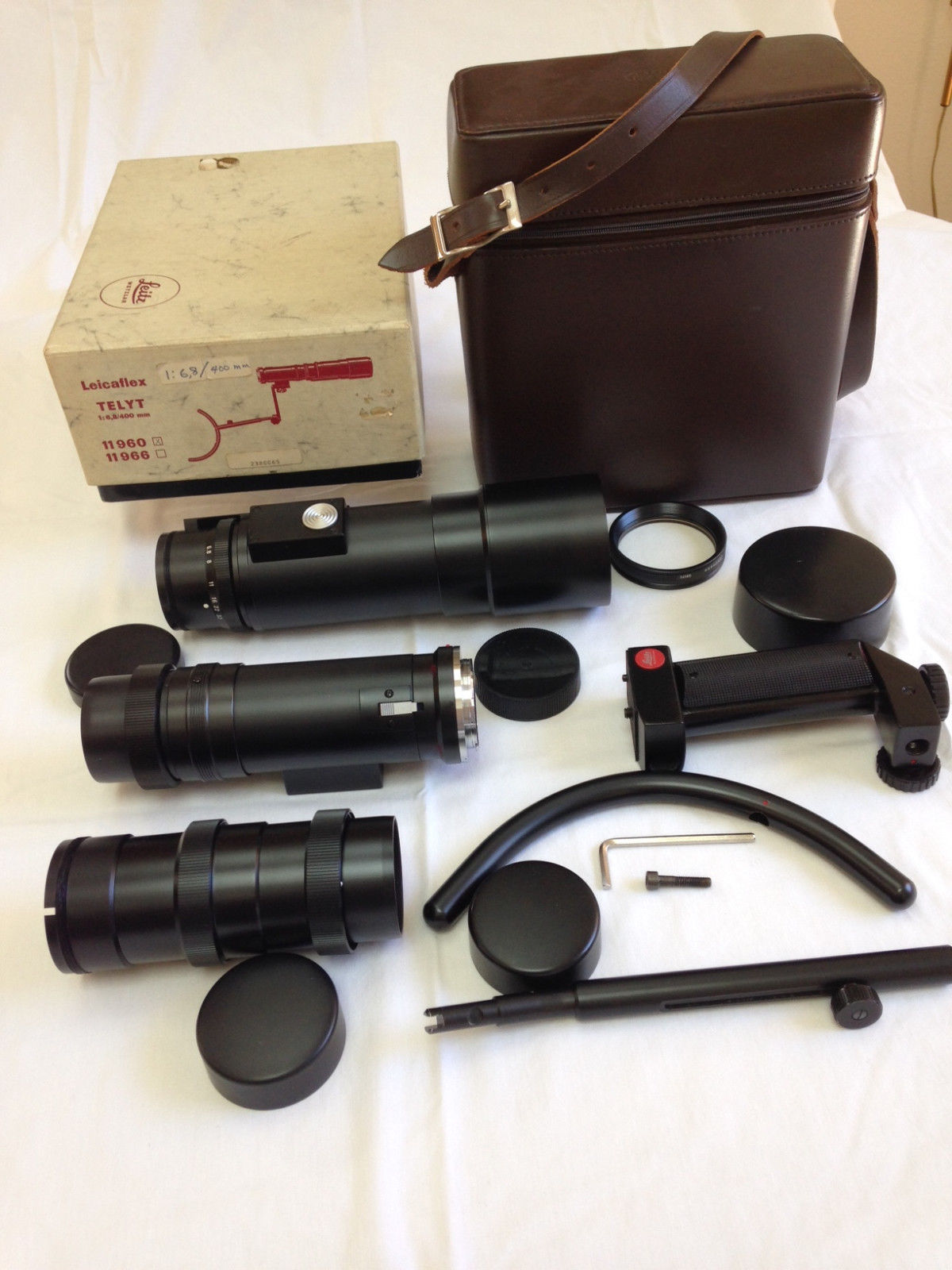 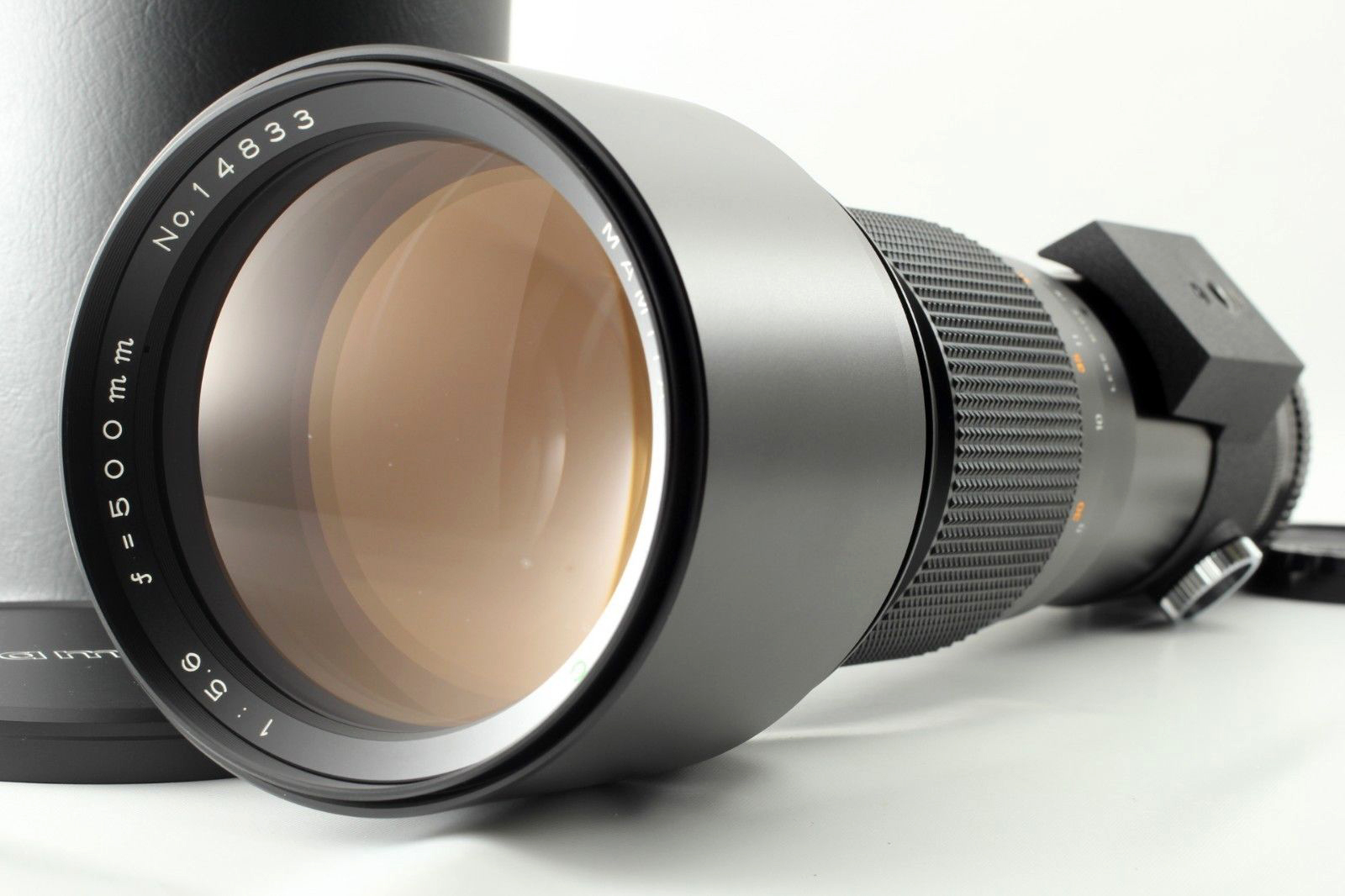 bensonga said:
A couple of very recent additions to my collection of older manual focus telephoto lenses for the Leica R and Mamiya 645 systems. On their way to Alaska now. Both are said to be in new/like new condition. 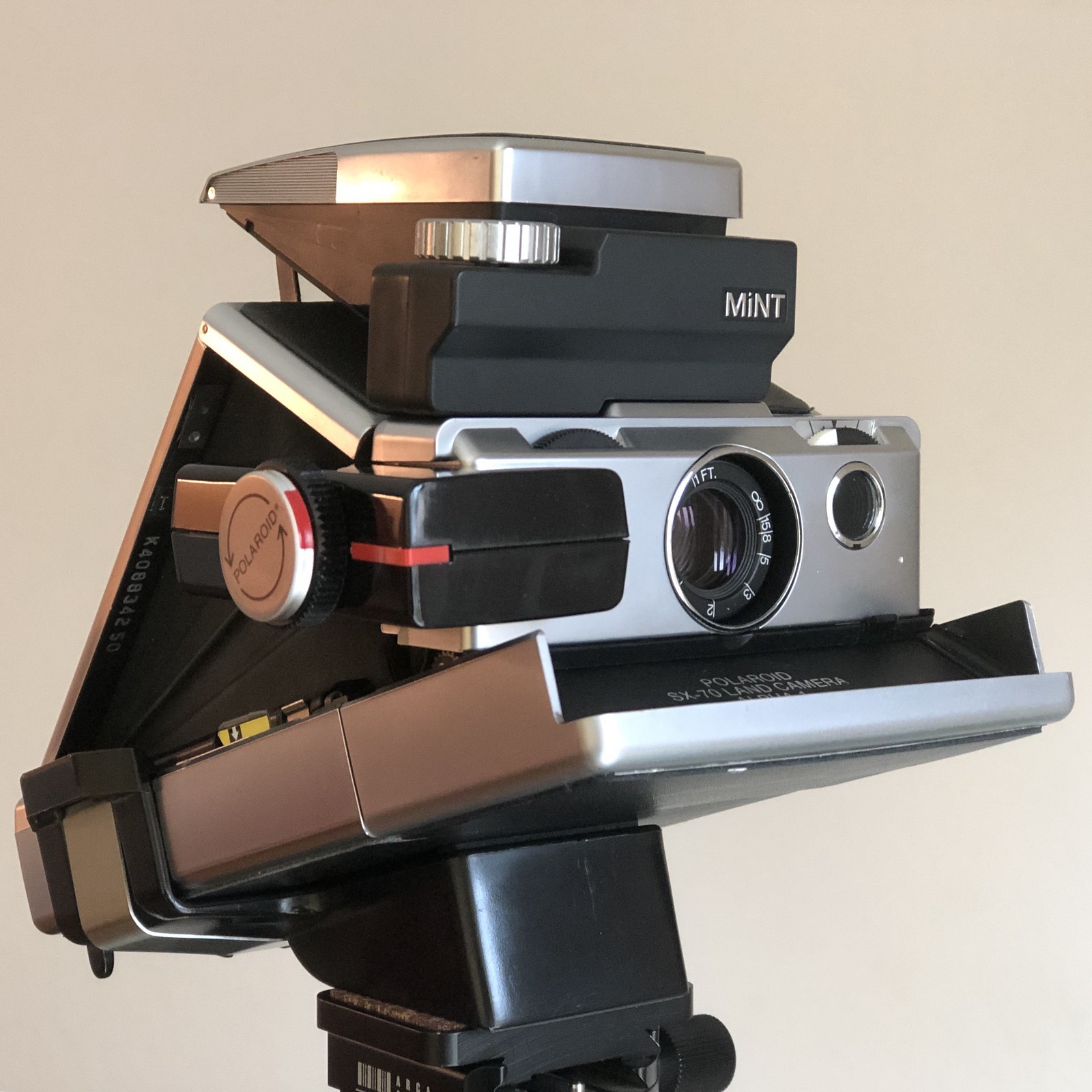 MiNT SLR670m fitted with self time and Polaroid tripod adapter. ​
It's a lovely piece of kit.

Here's a couple of sad photos, a last hurrah so to say. With my current job, the Fujis don't see nearly enough action, and with Covid and all, it's time to let most or all of it go. Money is more needed than cameras right now. The intention back when I started buying this was to do portrait photography on film, but in the marketing job that I started in shortly after, there are mostly machines. Still a few years till I have time to use this fantastic gear, so... :scry: 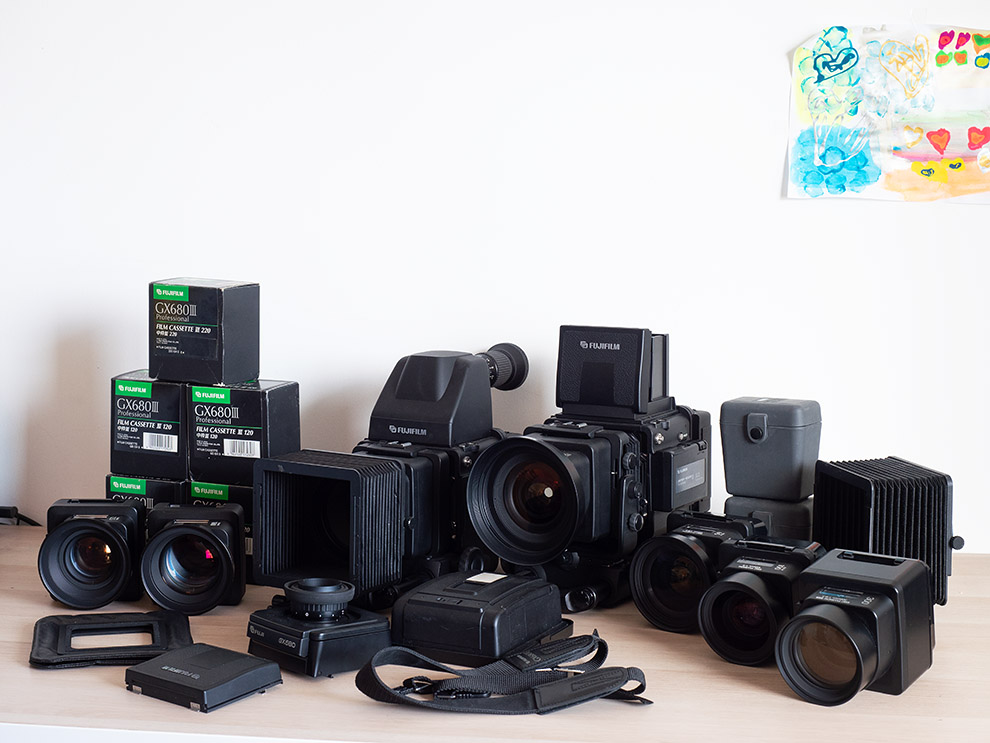 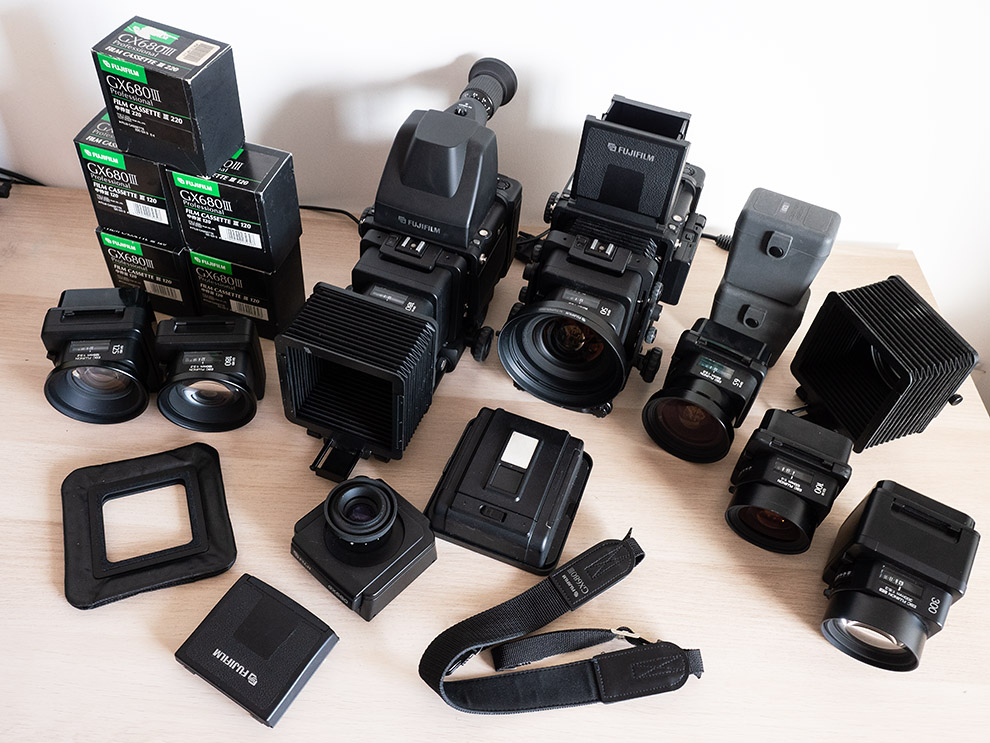 Most of this will come up for sale at this forum and at some GX680 user forums.
A

Here is my FrankenKamera V, which connects my Sony A7R (which, to my surprise, remains the best overall performer of the A7R series for the type of long-exposure-at-base ISO nighttime photography I prefer) to various C/Y lenses and provides a generous range of rear rise / fall movements via the rear standard of a Toyo VX223D medium-format view camera: 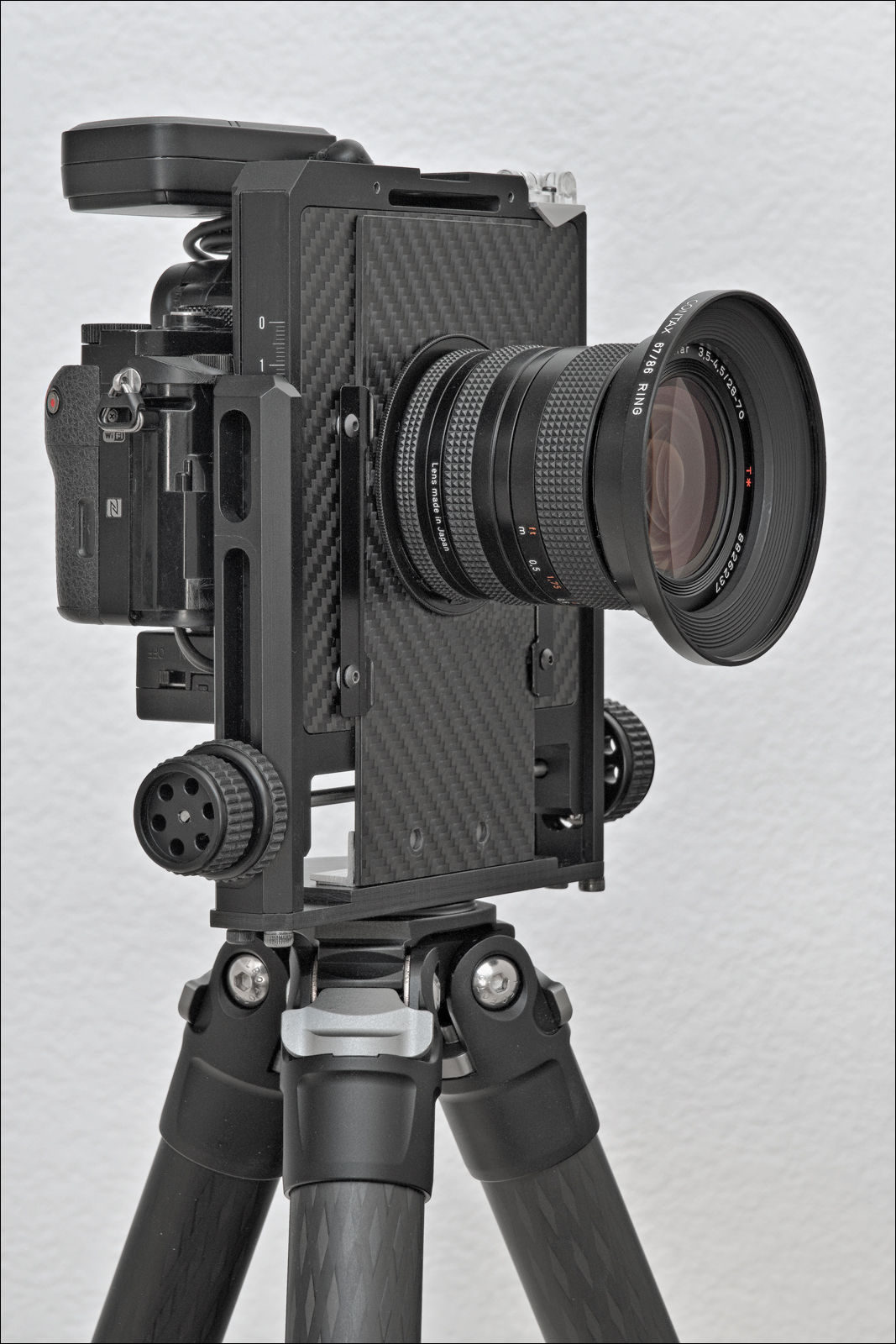 And FrankenKamera VI is similar in design, except it connects my DIY-modified, full-spectrum Samsung NX500 to my various C/Y lenses via the front standard of a Toyo VX23D: 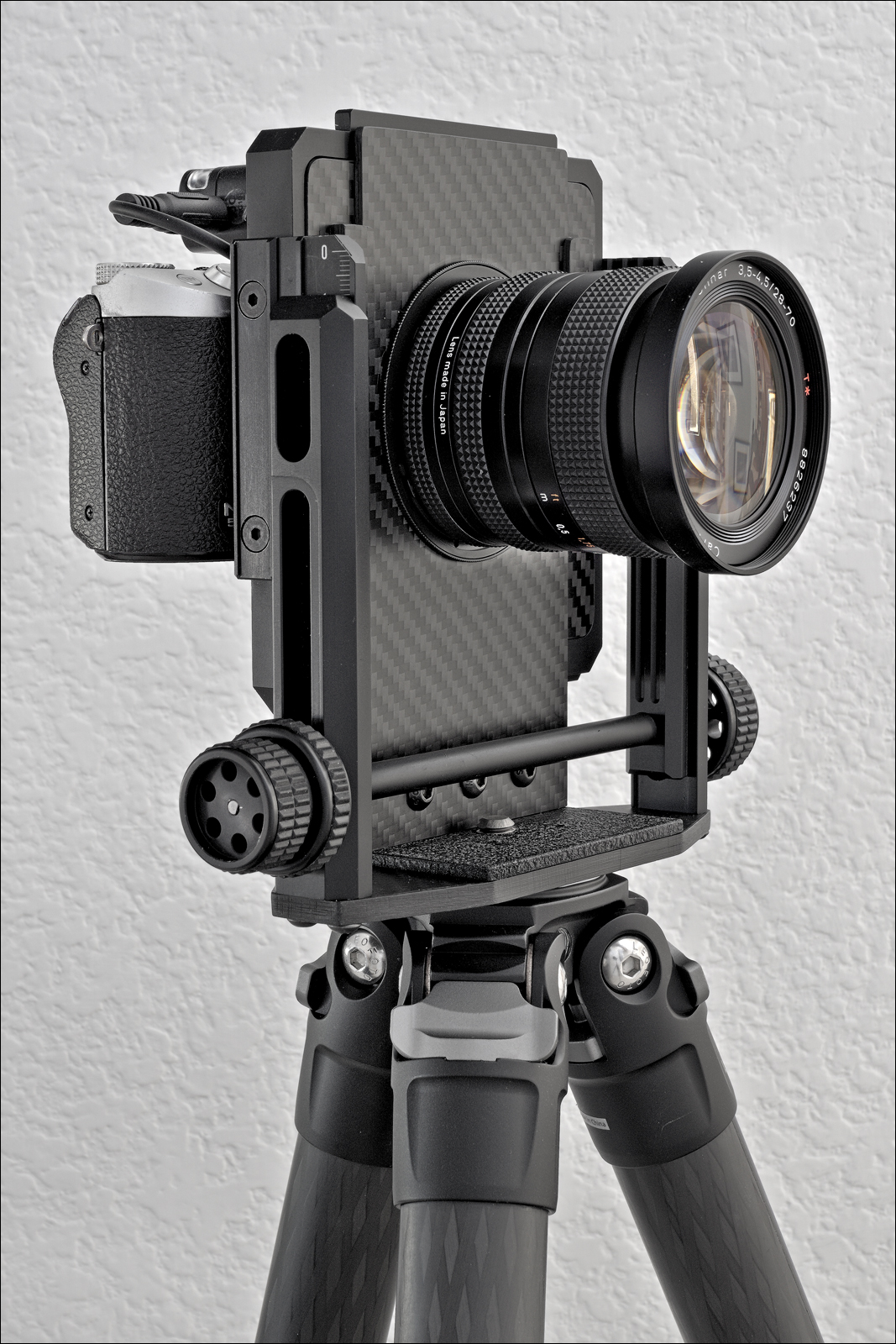 The A7R body is the mounted to FrankenKamera V via Cambo Actus rotating camera mount bracket, so changing camera orientation from horizontal to vertical is quickly and easily accomplished. The same could also be done for the NX500 body, but since this is a budget project, I chose not to incur the expense of purchasing a second rotating camera mount ($219 from B&H) and simply rotate the camera mount panel with the NX500 attached in a fixed position (via a modified reverse ring) instead.

Both cameras use external batteries (to remove the heat of a discharging battery from inside the body, which makes a noticeable difference in the sensor's noise performance during our hot summer nights here in Arizona) and they're often, but not always, used with an external HDMI monitor to make composing and focusing in dim light a little bit easier.

And neither of the two standards I borrowed from my VX23D have been permanently modified, so I can restore it to its original form in 20 minutes or so, should I ever need a greater range of rise / fall movement or shift, tilt or swing movements: 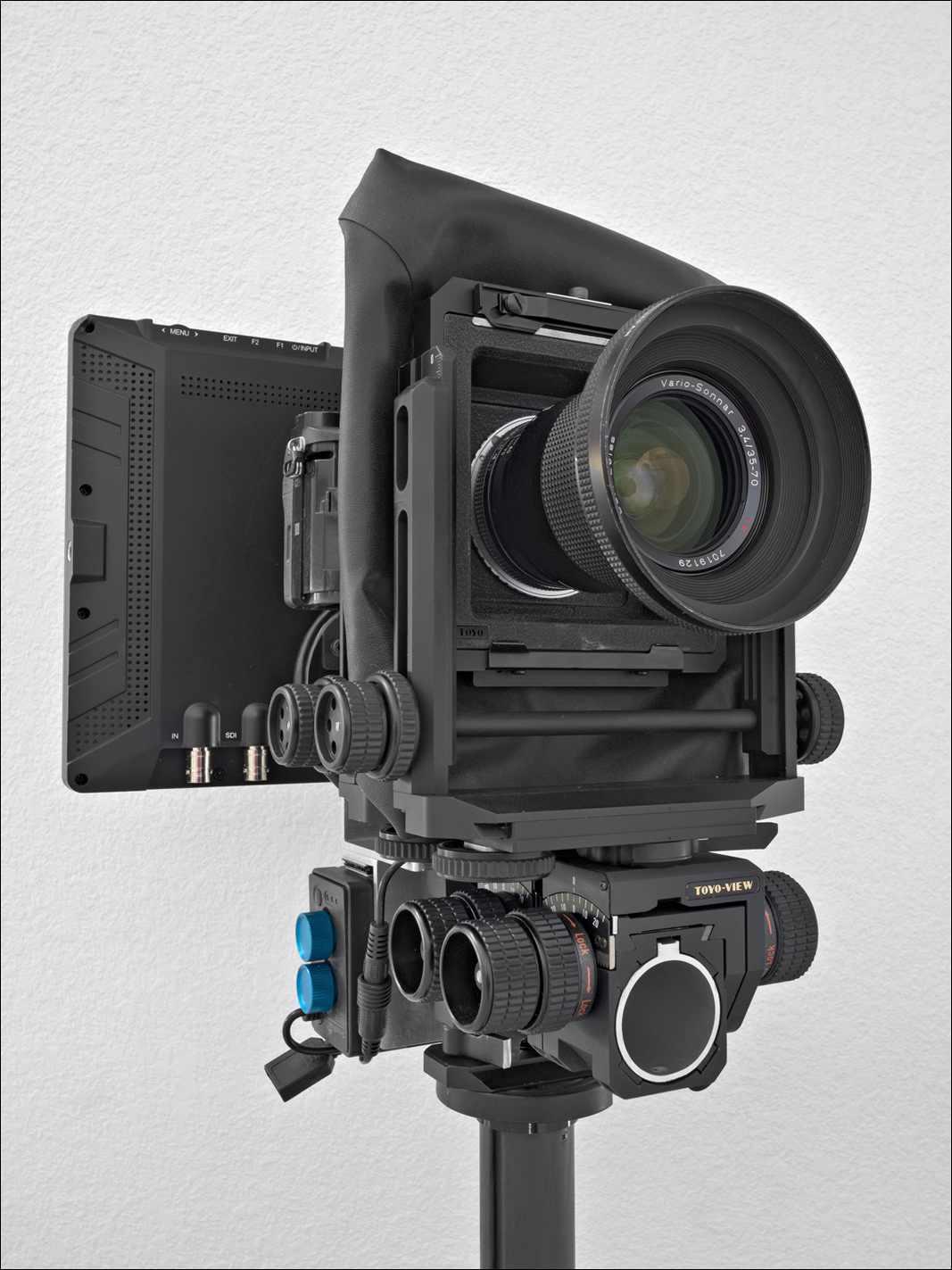 I recently converted my FrankenKamera VI into FrankenKamera VII, making it smaller and noticeably lighter -- as low as 1 pound, .15 ounces, depending upon the particular lens mount used -- as well as making it possible to focus at infinity lenses having FFDs as short as 38 mm.

As seen in the photo below, it's presently setup for IR photography using my DIY modified, full-spectrum Samsung NX500 and a Contax N 24-85 zoom, with +/-12 mm of rear rise / fall movement available: 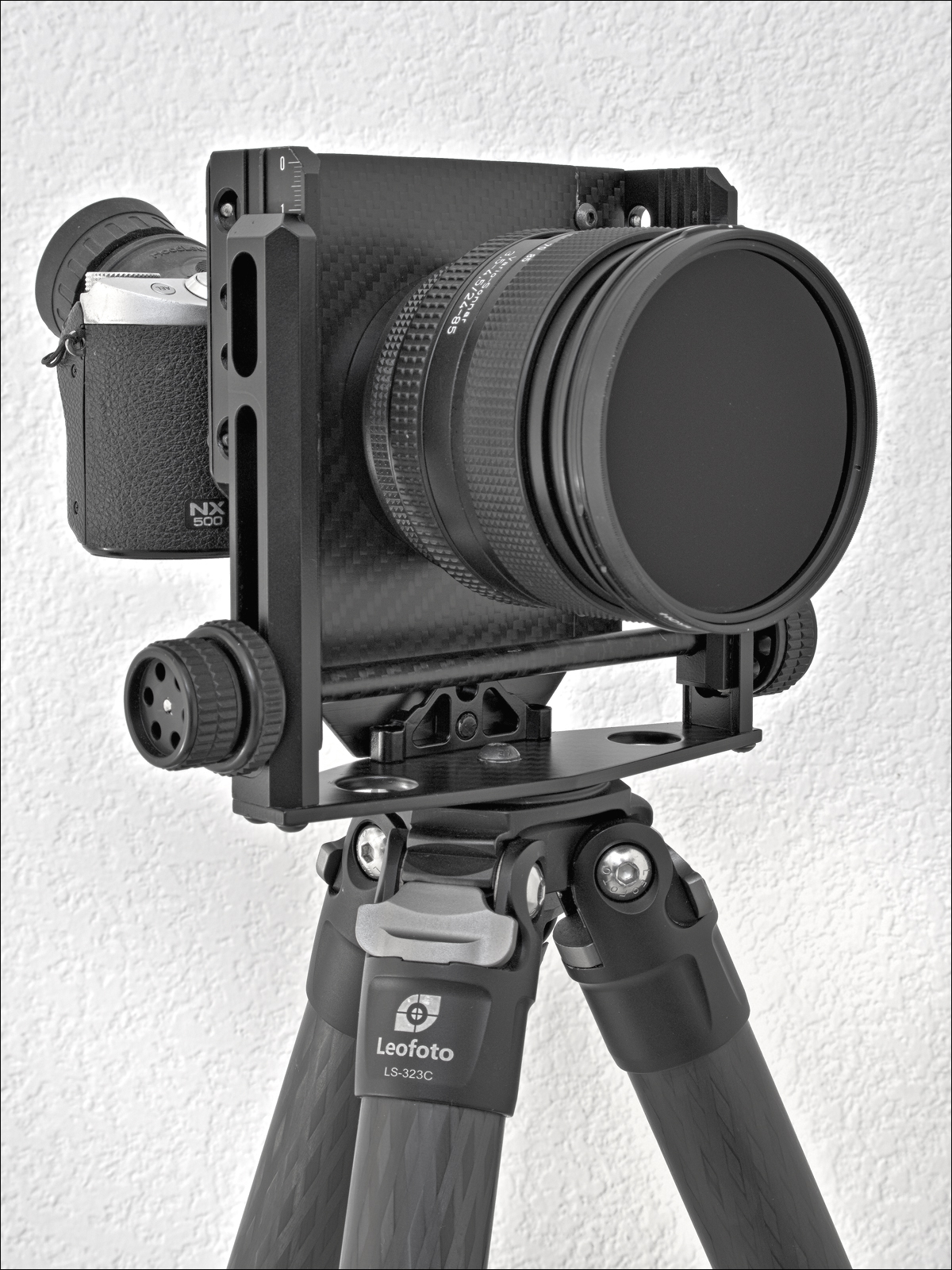 However, I can swap lens panels to accommodate different families of lenses in seconds by simply r&r'ing one screw and I can also swap camera mounts in less than a minute by r&r'ing four screws and the aluminum camera mount ring, both without making any further tweaks because I permanently attached the appropriate shims.