Well….I hate following Warren’s wonderful pics with this guy but I got out and had a little fun with the 70HR/STC/IQ4150A, 695nm IR 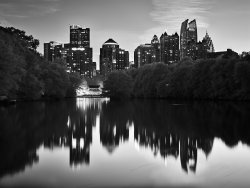 tcdeveau said:
Well….I hate following Warren’s wonderful pics with this guy but I got out and had a little fun with the 70HR/STC/IQ4150A, 695nm IR
Click to expand...

Thank you Todd! Nice shot, the buildings look great. I like how you took them so close to black while keeping detail!

Here are some more shots from a short hike in Rocky Mountain National Park over the weekend. In order to avoid the timed entries at the park at this time of the year I either have to go early or late in the day. My wife and I got to the Wild Basin trailhead at about 5:30pm with plans to hike a couple miles, but Copeland Falls is very photogenic right now so that's as far as we made it before it started getting dark.

This image was taken just below the lower falls. I tried it at 100, 200, 400, and 800 ISO to get the amount of blur I liked. Ended up going with 1.0 sec at 200 ISO. In order to get the rock in the foreground I had to perch the camera a bit closer to the edge than I would prefer. Using tilt made it difficult to focus on the water in the foreground. Not sure that it's perfectly sharp, but I think it passes. My wife said she was worried about the camera falling in because she knew I'd be going in after it, lol! 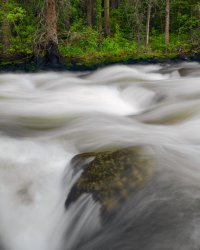 
Here's an image of the upper Copeland Falls. This one is a 3 image stitch starting with 20mm of camera rise, then 10mm of camera rise, and centered. I used a bit of tilt as well and wondered if there would be a problem combining tilt with a stitched image like this. When setting the shot up I focused at the top of the 20mm rise frame and the bottom of the centered frame. It is nice and sharp all the way though the image. 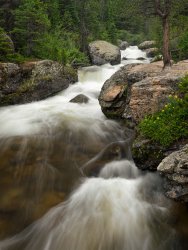 
It was starting to get dark when taking this image. I really like the ferns, but wish there were a few more aspens to go along with them. Another shot with tilt. The ferns right in front of the camera are sharp, but the foliage underneath the ferns is a bit soft. The base of the trees coming out of the ferns are a bit soft as well, but everything above the base to the top of the frame is sharp. 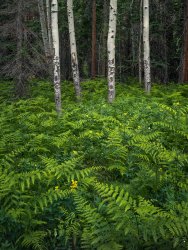 got out again today for a bit, again the light was terrible but still tried to make something of it…..IQ4150A/STC/70HR no movements, WCC 10 stop filter…first image with an orange filter, second 695nm IR filter from a slightly different vantage 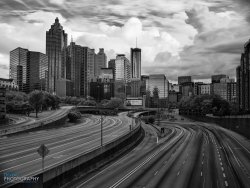 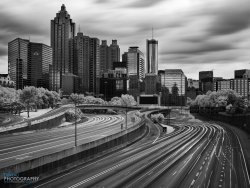 Ted, did you try a shot with frame averaging? Curious how that would compare vs using the 10 stop ND filter.
T

John Black said:
Ted, did you try a shot with frame averaging? Curious how that would compare vs using the 10 stop ND filter.
Click to expand...

not this shoot. Others have done comparisons and my understanding is that frame averaging gives better overall image quality and the advantage of not needing filters.

The disadvantage of frame averaging, from my experience, is it doesn’t always handle moving subjects in the manner you want, esp if the frames you’re averaging are short shutter speeds in the individual images. Other shoots I’ve done, for example, the cars won’t give that nice straight headlight/tailight line that you get with traditional long exposures and ND filters….so that’s why I added some ND filters back to my bag.

I need to experiment more, comparisons aren’t really my thing but I’ll see if I can do some next week maybe
-Todd
A

The big advantage of frame averaging is the reduction in noise.

Headed up to RMNP after work yesterday for a hike. Originally, my plan was to find a good vantage point for a sunset picture of the mountains. While waiting for sunset I could hear water cascading down Tyndall Creek and couldn't resist. While I was at the creek I could see the sun hitting the mountain peaks behind me. Lol! 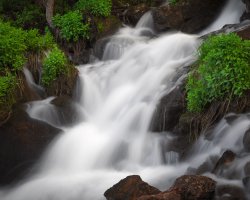 Thank you Todd. I have an IQ3-100 and have been thinking about adding an IQ3-100 Achromatic, likely replacing my Leica M monochromes. Lots of pro's and con's there, so I have been stuck in the analysis-paralysis stage. And of course there is the IQ4 with its frame averaging - the one feature I wish the IQ3 backs could do somehow. But, I'm not sure if would make enough difference in my outcomes to justify spending the extra money. More analysis paralysis

Here's another one from the same hike, but a just a bit further downstream. This was taken after the sun went behind the mountains so it is a bit cooler than the last one. This time with the 43xl. 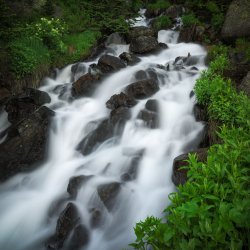 WRS 1600 + Hasselblad CFV II 50C + APO Digitar 43XL f11 (three image vertical stitch and a degree or so of tilt to keep the foliage in the foreground nice and sharp.)

John Black said:
Thank you Todd. I have an IQ3-100 and have been thinking about adding an IQ3-100 Achromatic, likely replacing my Leica M monochromes. Lots of pro's and con's there, so I have been stuck in the analysis-paralysis stage. And of course there is the IQ4 with its frame averaging - the one feature I wish the IQ3 backs could do somehow. But, I'm not sure if would make enough difference in my outcomes to justify spending the extra money. More analysis paralysis
Click to expand...

Am I wrong in thinking that frame averaging could be applied to individual DNGs given the right code/software?
A

You could always load a set of images in PS as layers and average them.

Went out last night to get some photos of the Denver skyline. The afternoon brought storms along the front range, but everything calmed down by early evening. This pano is made from 3 horizontal stitched images–15mm left, 0, 15mm right. Post production in Adobe Camera Raw and Photoshop.

More of the same....wanted some better light so headed out to this location a little bit later.

Still working on the image in post but slowly getting to what I had in mind. 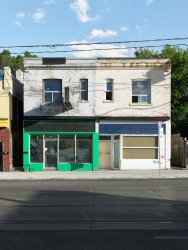 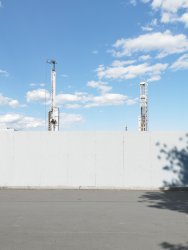 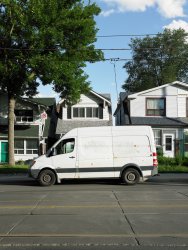 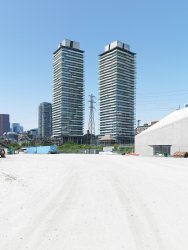 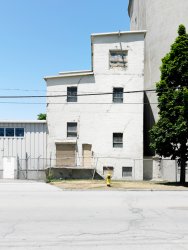 Popped up to North Carolina this past weekend for a getaway without the kids…brought my other boxy little achromatic child with me and managed to get a shot or two off.

I’ve shot this waterfall many times over the years and it looks like tree canopy growth is about to hide the falls away and I need to find a better vantage point next time. 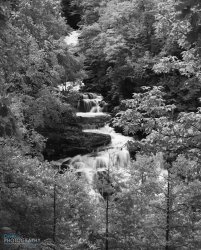 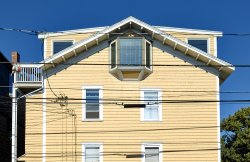 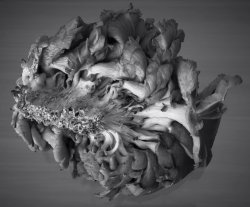 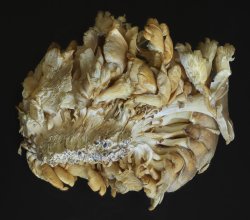 Made a waterfall trip up to north Georgia yesterday and checked out a new spot.

IQ4150A/STC/40HR/695nm IR filter, frame average but I forgot how long, added a little tilt too to sharpen up the rocks in the foreground 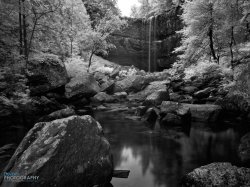